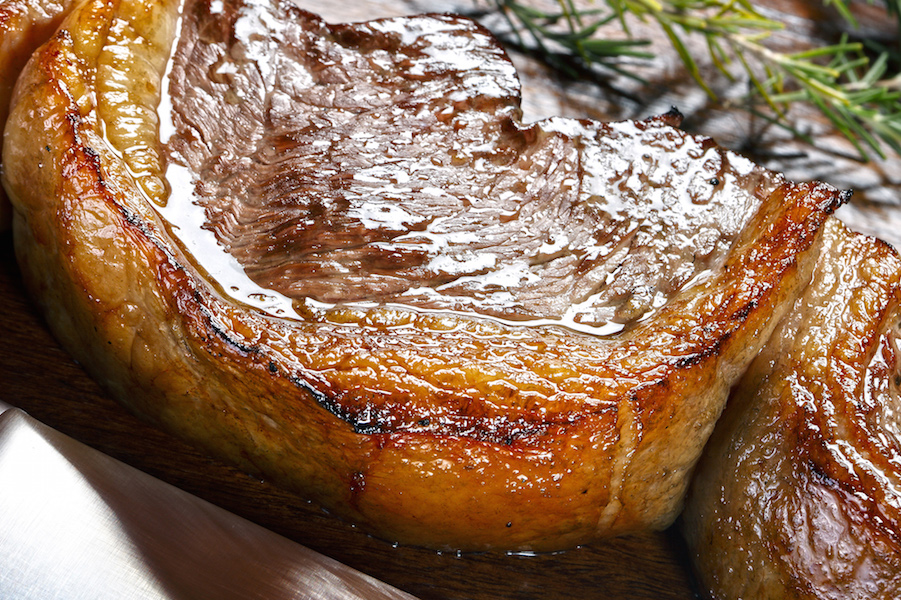 05 Jul ‘Obrigado!’ for Brazilian Cuisine: Exploring the Tastes and Colors of the Vibrant South American Fare

Posted at 00:20h in lifestyle by IDF Editors
Share

Many great and colorful things come to mind when we think of Brazil. To you, it may be the 2016 Olympic games, the fabulous glitter and feathers of the Carnaval, the majestic tropical rainforest, Pele’s incredible football legacy, or maybe it’s talking CGI-animated macaws.

In this particular instance, I was enthused to write about the juicy, complex and colorful dishes this South American paradise calls its own. For most Americans, knowledge of Brazilian cuisine spans as far as what local joints allows us to savor in their mainstream fare, but it stretches far beyond the picanha and the fraldihna. It’s a rich culinary experience, marked by influences from a wide array of countries – including Portugal, Germany, Italy, Spain, Lebanon and even Japan – as well as rich indigenous cultural impact.

Any delicious – blissfully gluttonous – visit to mainstream churrascarias will most likely be synonymous with one thing: a yummy parade of meat. A sit down at any of these will usually translate into an obscenely decadent chow-down of beef (alcatra, mignon or maybe costela), chicken (frango) or pork (porco), along with attractive side dishes, like vegetables, cheeses, breads and sauces. These tasty, meat-stuffed affairs would tempt even the harshest vegan, as we are cleverly called to give into a latent American beef culture. You see, just like in the states, Brazilians love a good barbecue, but theirs is served with rice, potato salad, polenta (fried corn mush) or a fried banana. Also, to eat churrasco like a Brazilian, there’s no better way to marinate it than with vinegar, lemon juice, and garlic. As Texans surely know, to eat beef you need cows, and where there are cows, there are cowboys; on any given day, Brazilian gaúchos will have their hefty hunk of meat, followed by a cup of maté, a traditional herbal tea.

NOT TO BE MISSED: Savor the Flavors of Summer: 3 Yummy and Easy Recipes

Understandably, local corporate-cultured eateries can’t quite deliver the authentic experience and are, in part, missing the essence of the national fare. You can’t say you’ve eaten Brazilian without having a feijoada, their national dish. It’s a stew with beans, beef, and pork that you’ll only find in its true form at authentic joints. Of course, it’s not by any means a fancy dish; slaves created it and it’s what everyone eats in Brazil (placed within its historic and economic context). Delicious nonetheless. Another thing that you must try at least in this lifetime is a galinhada (Brazilian paella) and I must urge you to venture into other smaller local joints and try a traditional shrimp bobo (ask for it as bobó de camarao), a yummy dish with yucca and vegetables. 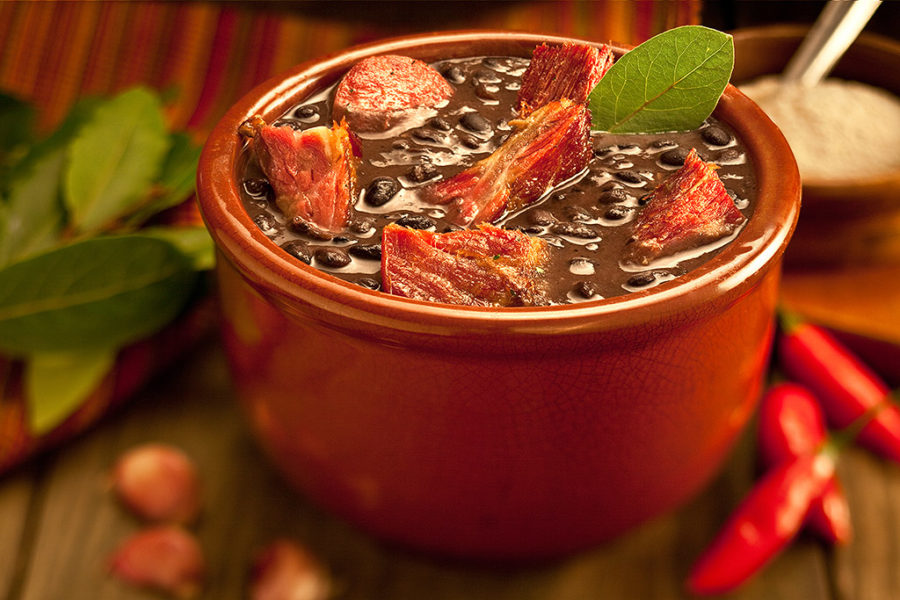 Refreshing and juicy, the Brazilian diet is also very distinct from American cuisine in its use of fruit (it may have something to do with the fact that almost every kind known to man grows there). The ample variety found is only matched by their wildly imaginative applications. Creative and vibrant, Brazilian food truly captures fruit’s innate color and intricacy. Although the national diet is dominated by fish, seafood, rice, beans, manioc, and meats, we can always expect to see some integration of fruit and alike produce thrown into the mix – whether it’s in sauces, salads or at the very least a garnish. It’s not uncommon to find plates such as pistachio-incrusted tilapia with oranges, or salmon sautéed with tomato, cilantro, and coconut in some of the most quaint spots in across the US.

A staple in the Brazilian diet, the most common uses for manioc are in the farinha or the farofa (which is basically ground manioc, similar to fine breadcrumbs). It is toasted in oil and butter and sprinkled over rice, beans, meat, and fish. Farofa is still used as the Brazilians’ basic ‘flour’ to make cookies, biscuits, and bread.

Furthermore, intricate fusions don’t just end with the entrees; the flamboyant genius of Brazilian fare also carries well into the desserts. When the Portuguese came to the coasts of Brazil in 1500, they brought on their ships their own tastes and styles of cooking, including their signature ‘sweet tooth’. A lot of recipes use eggs, fruit and spices like cinnamon and cloves to make yummy dishes such as ambrosia, cocadas or doce de espécie. To get a better picture of the varieties, try hard to stray from the apple and strawberry confections we like to munch on and imagine plates with star fruit, papaya, passion fruit, mango, and other juicy wonders. Also, the decadence of chocolate makes an appearance with brigadeiros (traditional fudge truffles) and other tasty confections. 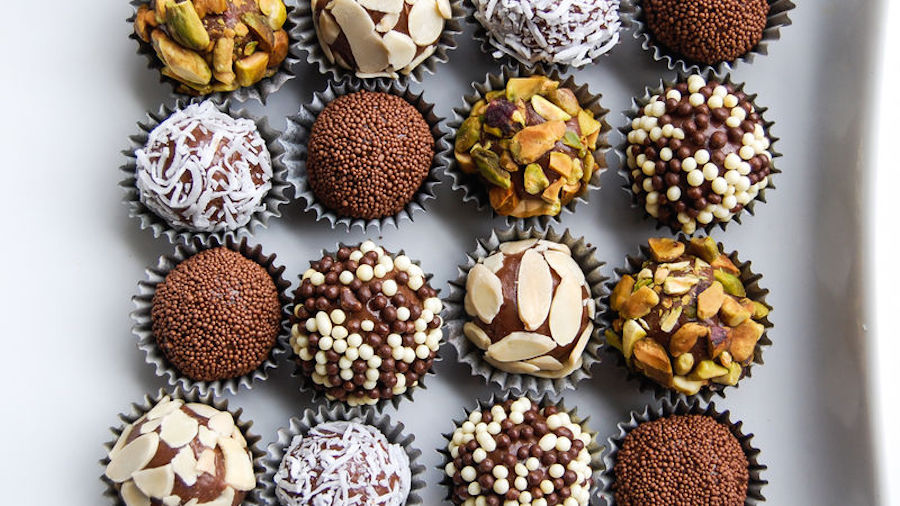 After dessert, it’s not uncommon to find yourself tempted to cafezinho (no surprise there, Brazil is the world’s largest producer of coffee). Coffee is also incorporated in many unique ways, like when preparing their traditional Christmas Day dinner. Brazilians serve a turkey basted with a rich dark coffee, cream, and sugar. The traditional stuffing contains farofa, pork sausage, onions, celery, and seasonings.

SHARE YOURS: What other Brazilian recipes do you know or would like to see on the blog? Send me your suggestions to editor@internationaldesignforum.com. This article was originally published in the April 2014 Issue of VETTA Magazine.