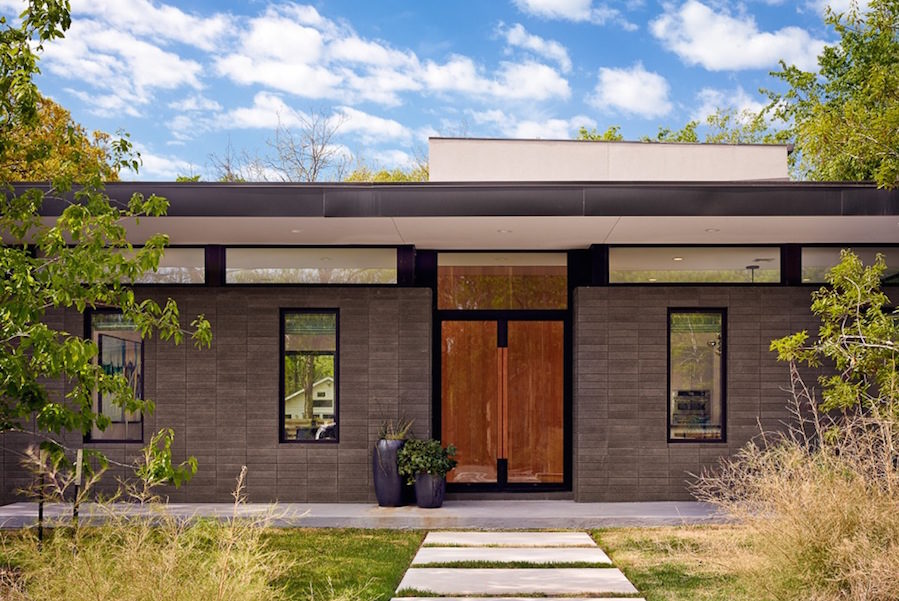 14 Sep Modern Goes on Tour: The Birthplace for the Austin Modern Home Tour

Posted at 18:00h in architecture by Ingrid Spencer
Share

My knowledge about Austin’s neighborhoods started with personal exploration in the midst of Zilker, but in 2008 my education became more in depth. I’d been writing about architecture for years when Krisstina Wise, entrepreneur, and owner of the GoodLife Team realty firm, came to me to talk about starting a modern house tour.

She didn’t want it to be a realty tour, but a way to show architecturally significant Austin houses to inspire and inform people across the city. “I was seeing a bunch of great modern houses in various parts of the city, but I was also noticing a lot of resistance to modern,” she says. “To me, it seemed like people weren’t understanding modern. They saw it as ruining the character of their neighborhoods. I knew that wasn’t the case, and I wanted to create a tour that would show the best of modern, so people could see how well modern houses can be designed, incorporating energy saving techniques, natural light, and local materials like stone.”

Krisstina asked me to curate the tour, and thus the Modern Home Tour Austin was born. That first year we had about 400 people attend, and in 2014 there were 2,500. James Leasure, who produces the tour in Austin, and after co-founding a company called Modern Home Tours, LLC, has gone on to produce successful modern tours in more than 25 cities across the country and Canada (many of which I’ve curated), agrees. “Each region defines ‘modern’ differently,” he says, “but Austin has a wider range of modern applications than most other cities.”

This article was originally published in the 2014 Interiors Issue of VETTA Magazine.

Before moving to Austin in 2004, Spencer began her design career in New York as the Managing Editor of Contract Design Magazine, and then Architectural Record. In her role as Managing Editor, Spencer discovered her love and appreciation for architecture of all types, and she hasn’t left the design world since. Upon moving to Austin, Spencer continued writing for Architectural Record as a contributing editor, curated the Austin Modern Home Tour for seven years and engaged with a number of Austin architects and landscape architects through the Waller Creek Conservancy’s Creek Show installation series.