Posted at 08:13h in architecture by IDF Editors
Share

With sweeping views of the Montbui region in Catalonia, Spain we find the ‘Castell de la Tossa’, a remnant of the rich medieval history of the area. The architectural studio of Meritxell Inaraja is behind the renovation of this important structure that still preserves the historic stonework of the 12th century. Sitting at about 2,034 feet (620 meters) above sea level on the Queralt Mountain range, making it a strategic point for military defense of the area in the middle ages and from where other castles could easily be monitored. In appreciation for the immense historical importance of this project, the design studio endeavored to uphold the original character and likeness of the castle. Their goal was not to create a transformation but to pay homage to the adventures that would have been experienced there, yet that many had not had access to because of the conditions that the structure found itself. 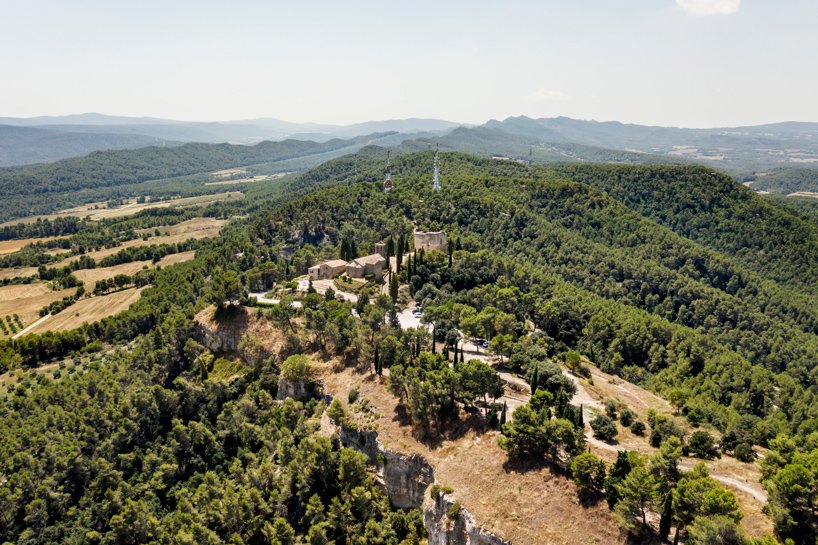 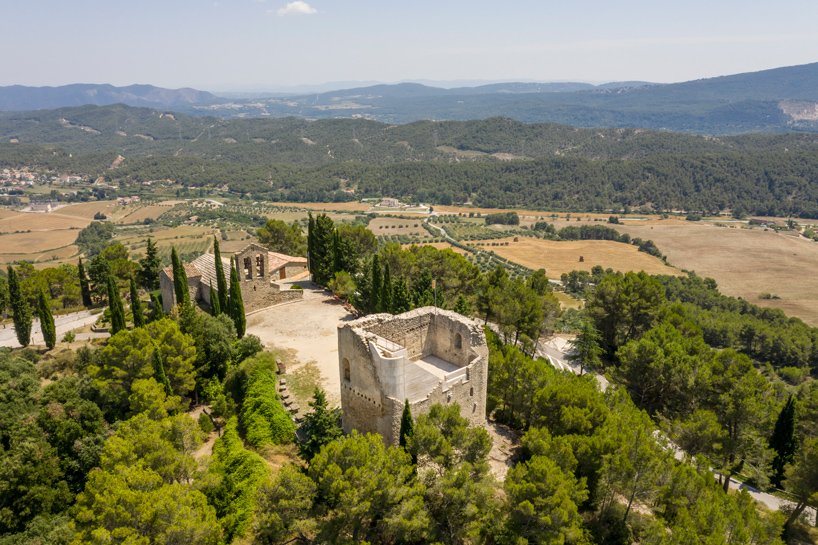 With several historical investigations and topographic surveys, the design team was able to get a better picture of how this tower was originally built and where a staircase was probably located. These reference points served as their foundation for the restoration. There was an approach taken by the team to fuse function with history. For example, the new stairway, built with rough concrete with a contemporary feel is left open-air and inclined to preserve the unfinished aspect of the tower and the memory of what would have been its ruins due to the attacks it may have suffered. The tower itself measures 31 feet (9.5 meters) in width and 48 feet (14.5 meters) in length with walls built at seven feet (2.1 meters) in thickness. 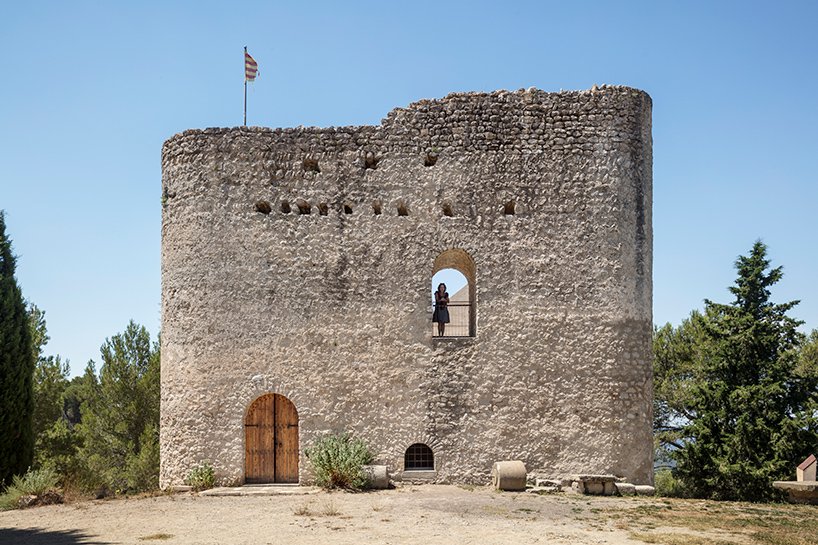 The same idea of ​​combining function and historical explanation is used in the construction of a small section of slab corresponding to the original level of the main floor of the tower as a balcony-viewpoint from the opening of the north sector, possibly the original access to the tower from the outside. For the consolidation of the walls and the formalization of the stairs, mass lime concrete is used to achieve the chromatic and material similarity with the existing one, and reinforced with fibers, to achieve the structural stability required for the public use of the building. This restoration project certainly celebrates the history of both the region events and its architecture. 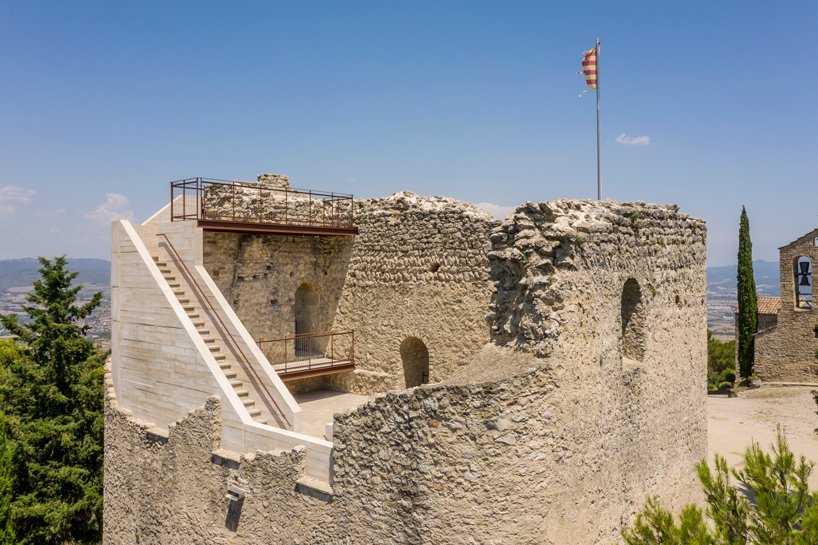 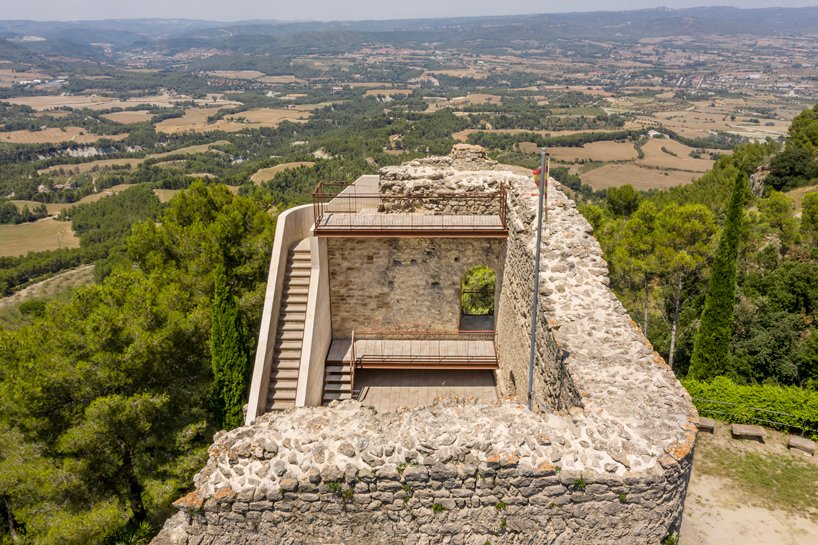 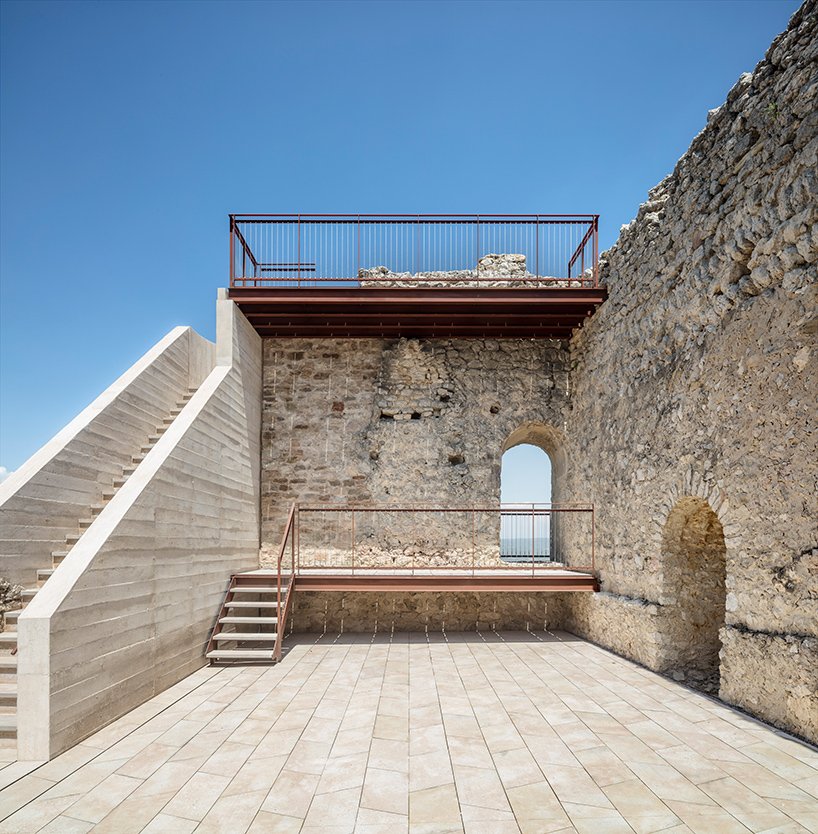 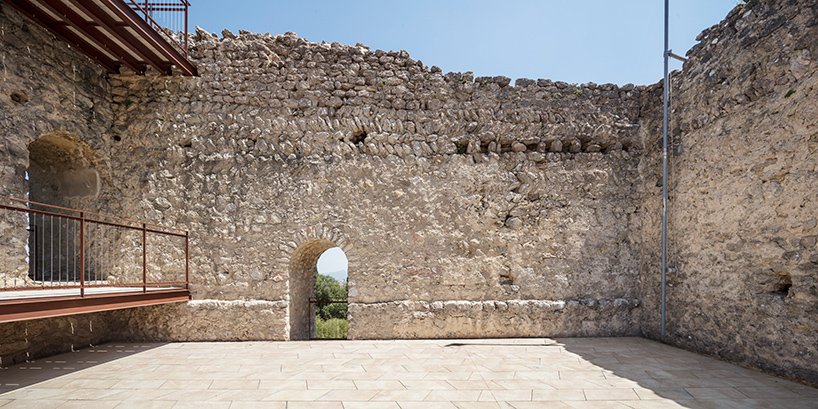 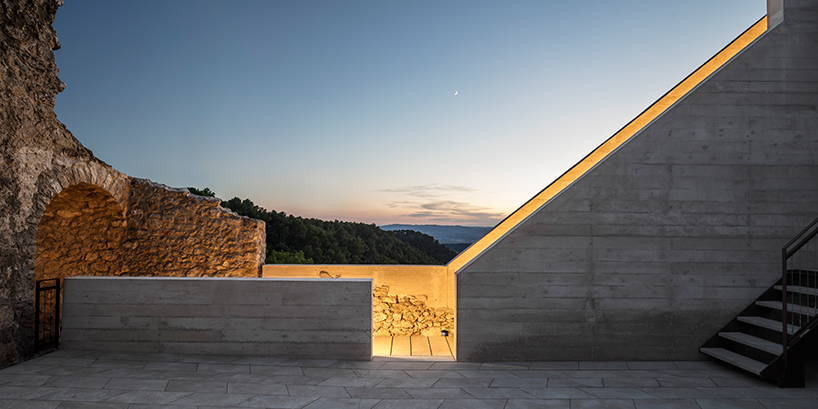 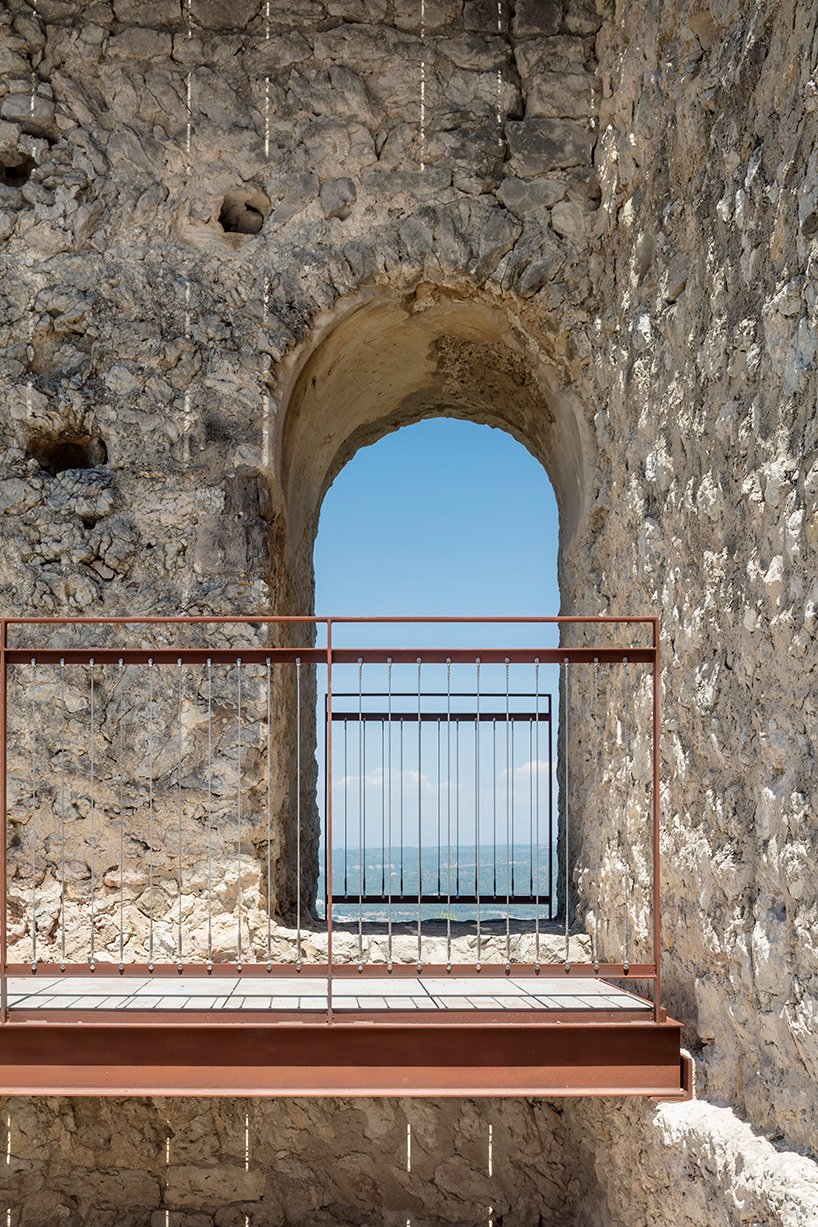