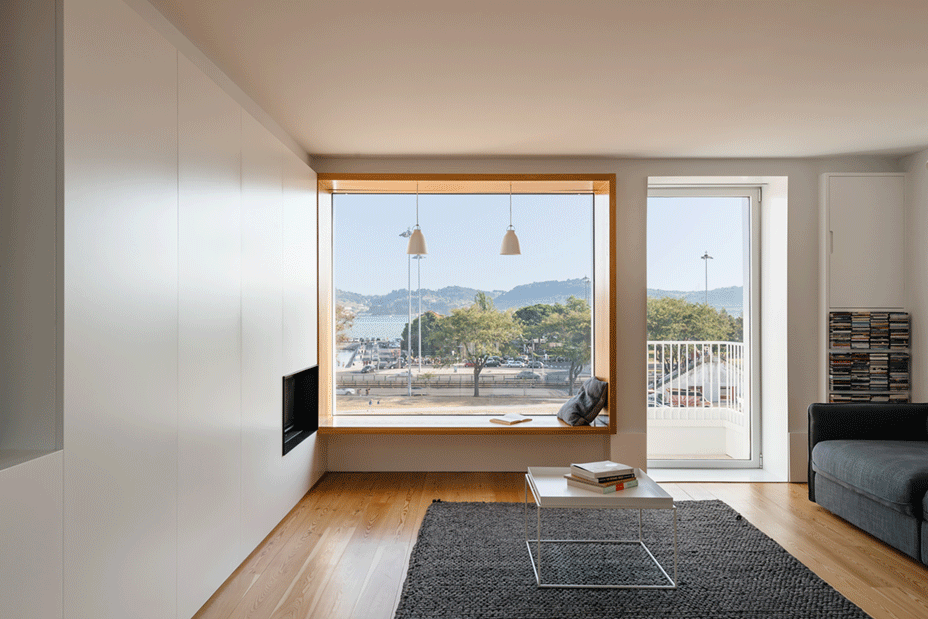 Posted at 10:21h in architecture by IDF Editors
Share

This stunning project by Portugal-based Aurora Arquitectos speaks to resistance and permanence, at a time when the city of Lisbon has been gradually emptied of its inhabitants by pressure from tourism and real estate speculation. The project is the result of a family’s desire to remain in their neighborhood, the place where they established their close relationships. The family’s vision and love for their neighborhood served as a beautiful starting point for this wonderful multi-level dwelling. 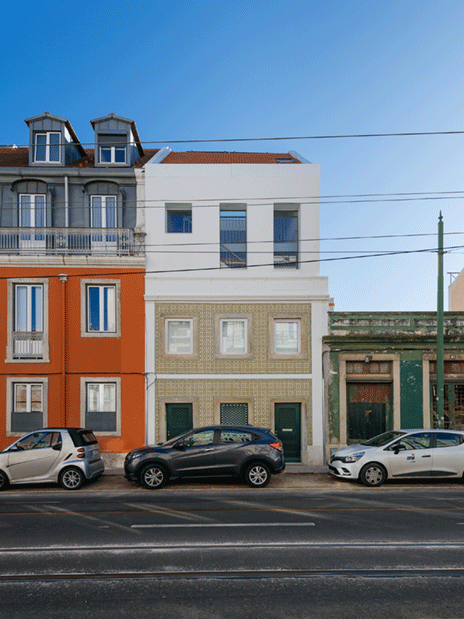 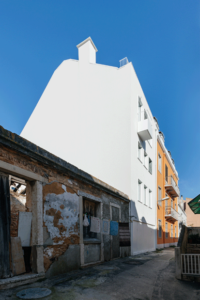 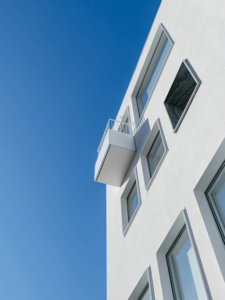 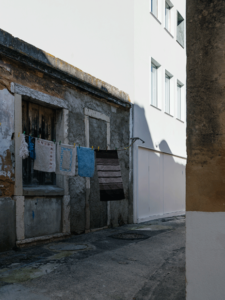 To achieve the project’s goals, the small plot needed to maintain the building’s urban context, adhere to the city’s structural requirements and suit the taste of the street where it’s situated. “The resulting intervention, therefore, has a relatively anonymous presence, and it is only at a closer look that the overlapping of the expansion over the original building is revealed.” 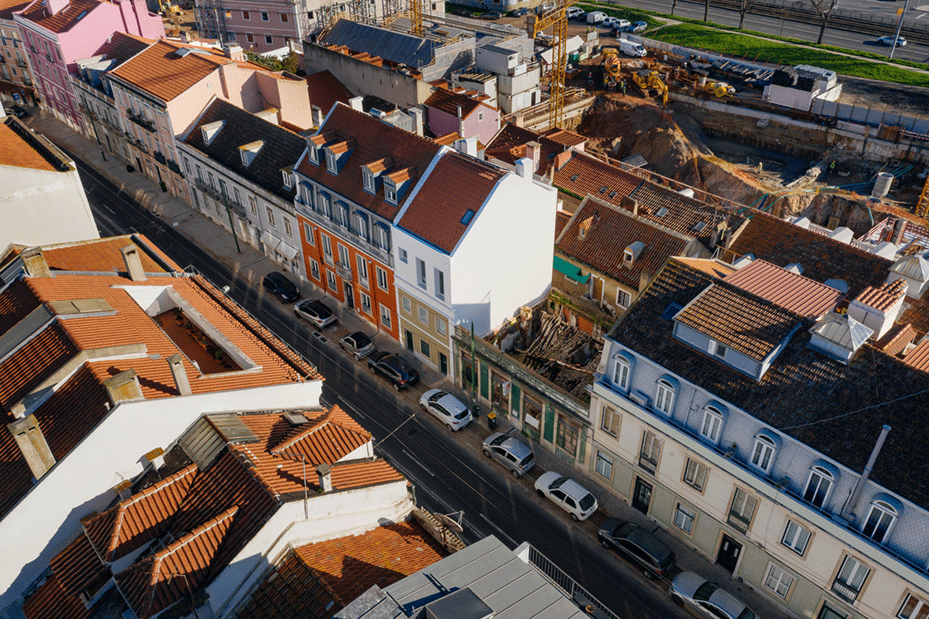 The original structure was vacant and featured modest construction, and was acquired by a family with vision and love for the area. The main façade faces Rua Bartolomeu Dias, an important axis, parallel to the riverfront, which is born in Alcântara and crosses the monumental area of ​​Belém, ending at Rua de Pedrouços. It is a busy street with mostly residential use, with some ground-level businesses. Behind it, you will find Beco da Ré, a narrow alley, with irregularly shaped buildings and only pedestrian use. Due to its character of greater privacy, the neighbors can take ownership of the street, with lounge chairs and clotheslines, reminiscent of the village atmosphere. This highlights the difference in scale and experiences between the main facade and the back, identifying itself as a unique aspect for the development of the project. 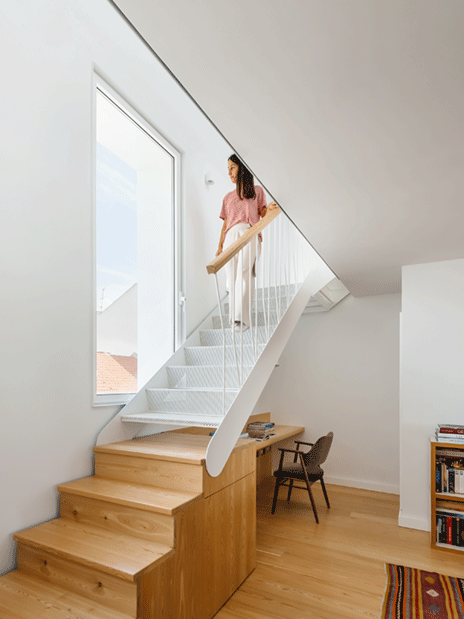 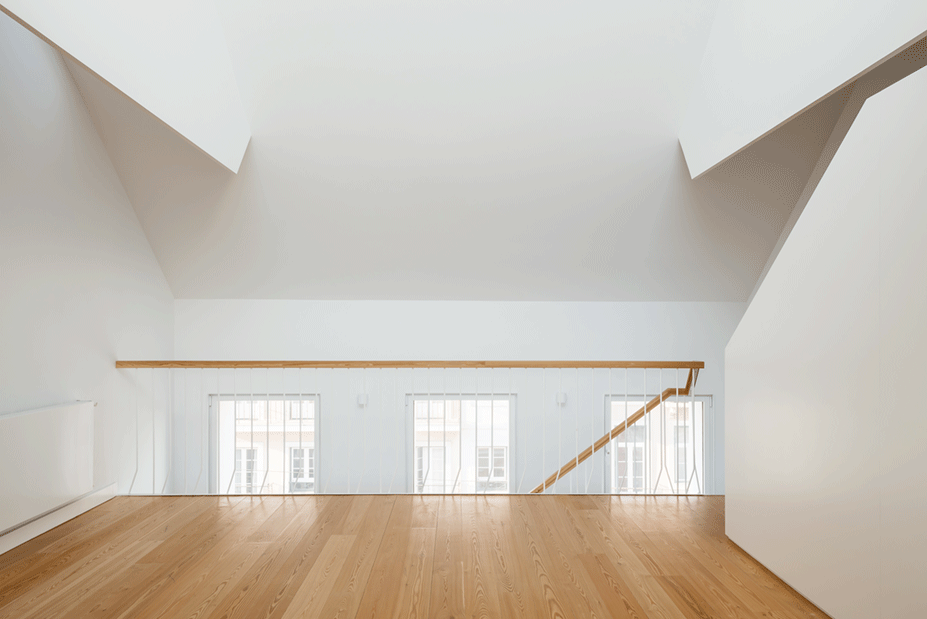 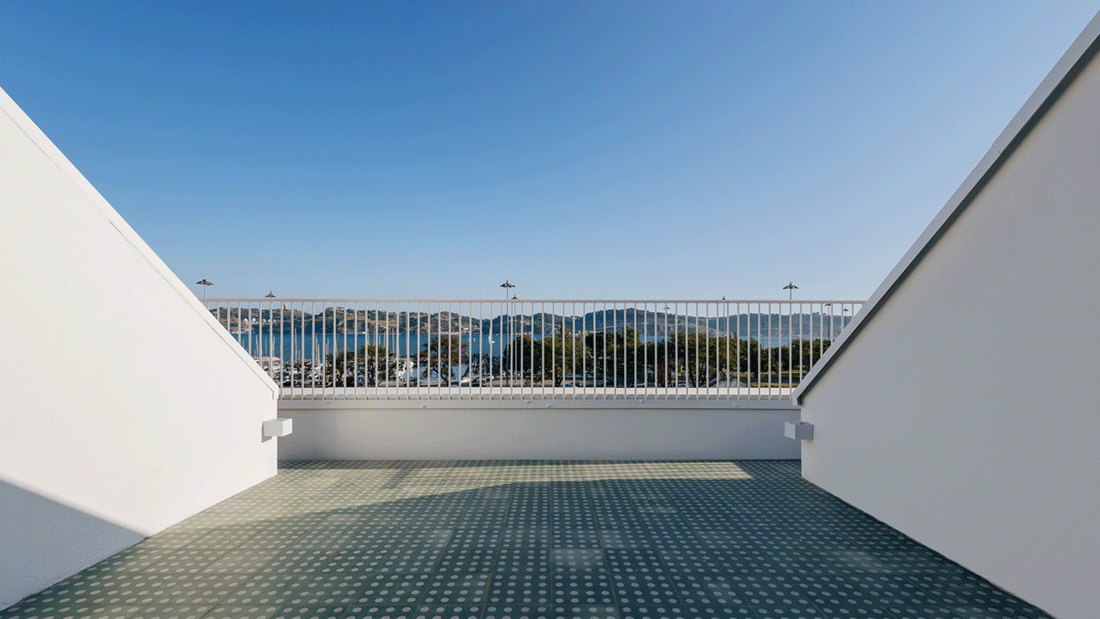 “Thus, this is an exemplary building of how the private initiative, when solving its own housing needs, can represent an important contribution to an urban rehabilitation that maintains the city with its plurality and identity, maintaining a balance with major urban operations, necessarily more blind to the social context in which they operate.”

The 2-story property was in desperate need of renovation and was expanded with two additional levels to accommodate a 5 household of 5 people. The structure was to be kept in line with the prevailing building height around it. The design team decided to highlight the contrast between the extension and the original building. The two new floors adopt a contemporary architectural expression, typical of current construction techniques, in an interesting dialogue with the existing facade. On the main façade, the tile on the existing façade is rehabilitated and the “Lisbon” green for the doors and grille at the ground floor is maintained. The new spans, on floor 3, are designed according to the alignment with the existing spans. The projected balcony and the window named “green eye”, in Pedra Verde Viana, as an exception in a facade where regularity, symmetry, and dialogue with the surroundings predominate. 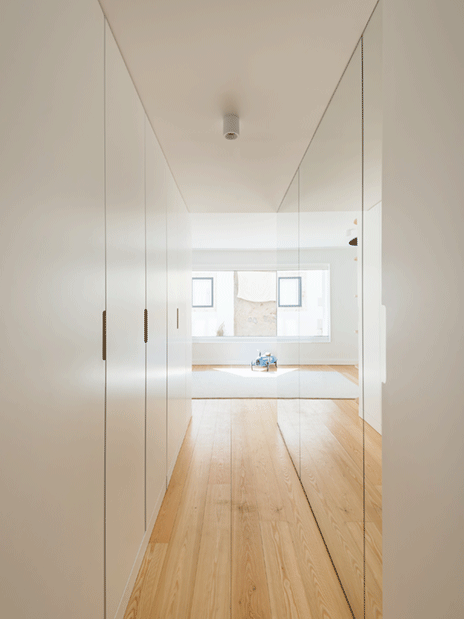 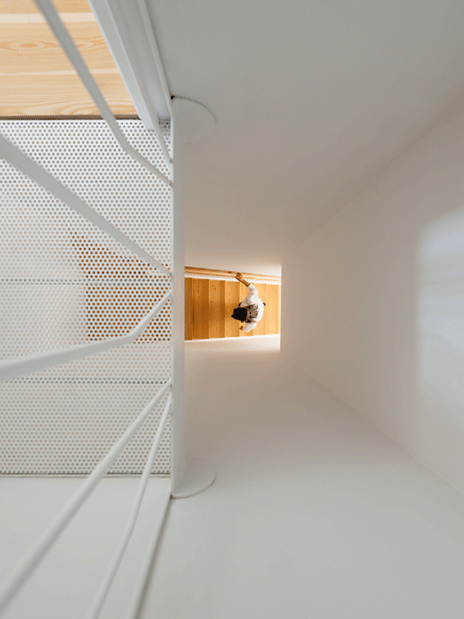 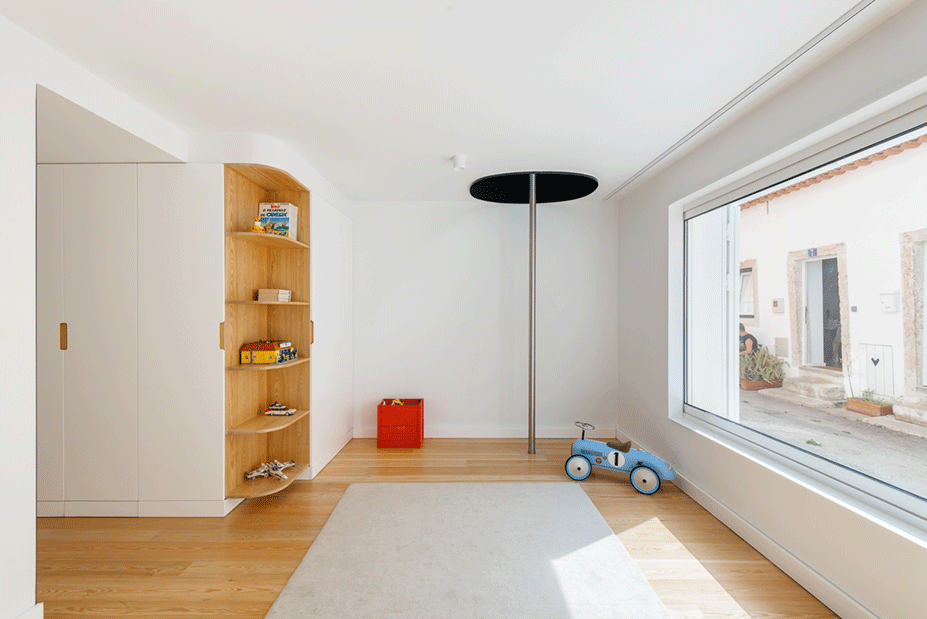 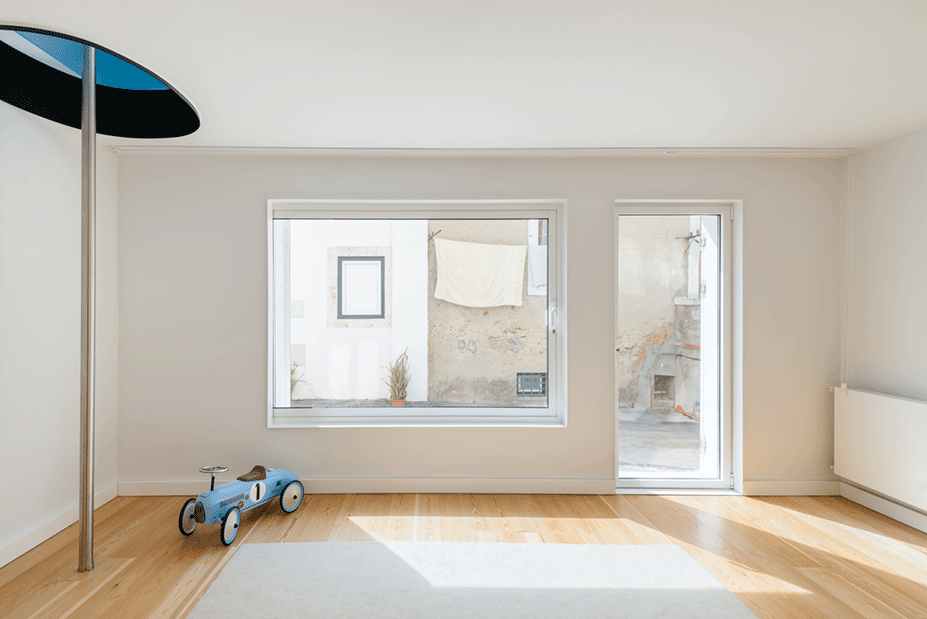 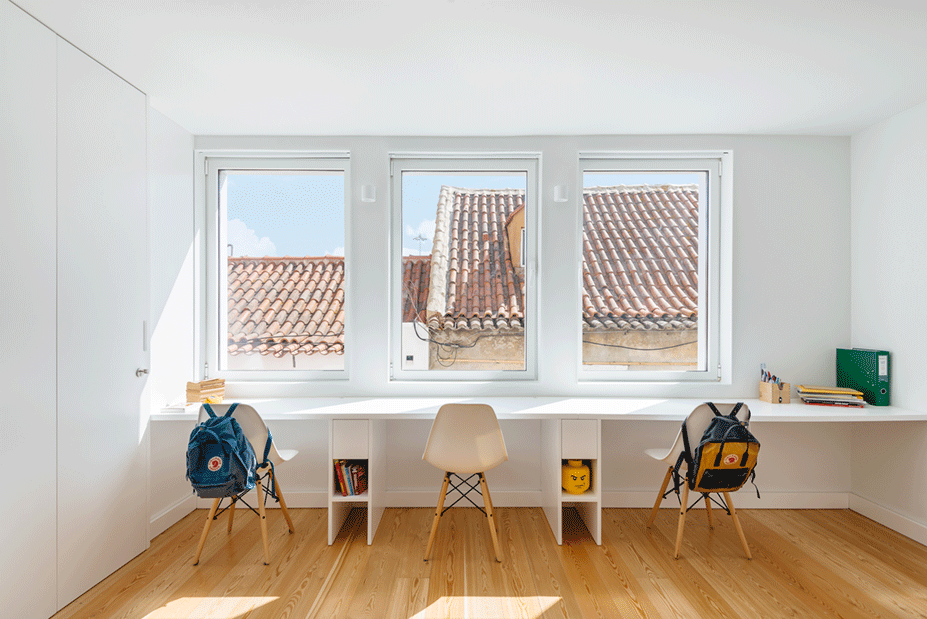 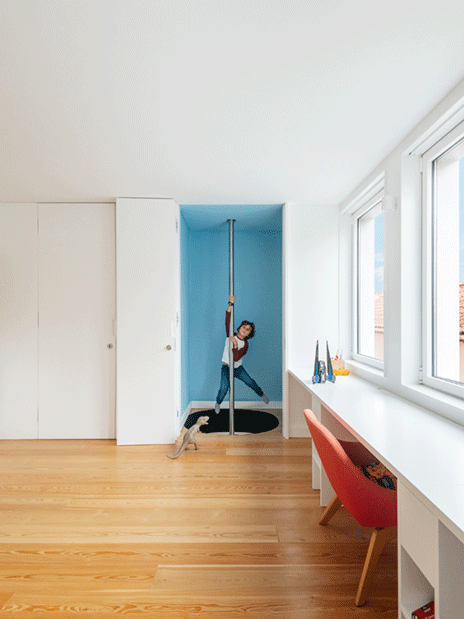 Inside, space is distributed to create flow and purpose for the family. From the private level – for guests and entertaining – to the family’s private spaces, which afford the best view over the Tagus River and the city. The living areas are privileged, of a convivial and familiar nature, to the detriment of the rooms that have a more punctual use. Thus, the rooms are organized on the first two floors, with the social areas on the last three floors. In this way, in the interior route, from the entrance, the spaces start to be very compartmentalized, and progressively they become broader and more open, culminating in the exterior terrace, oriented to the south. In this route, the relationship with the southern light and a view of the river is also growing from floor to floor. The layout of the staircase, along with the various floors, is being changed according to the layout of each living space. 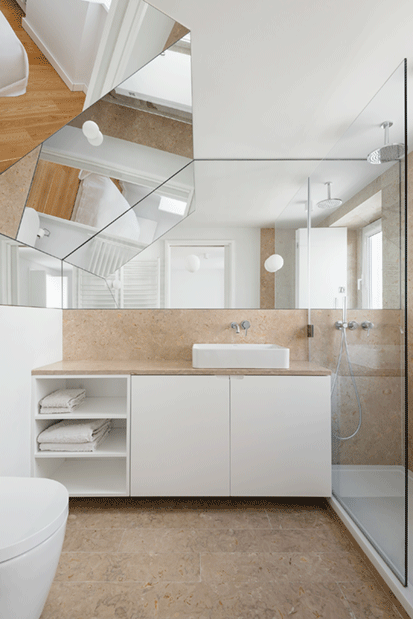 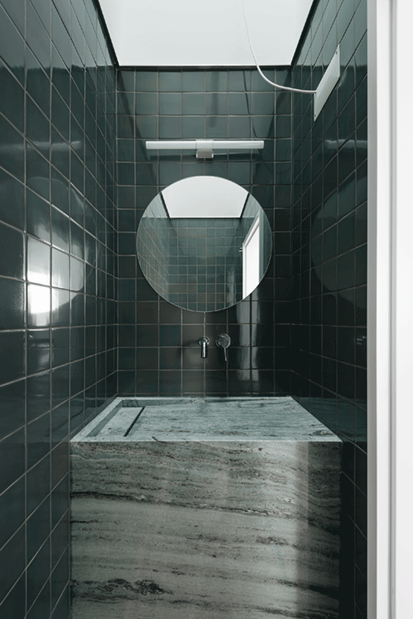 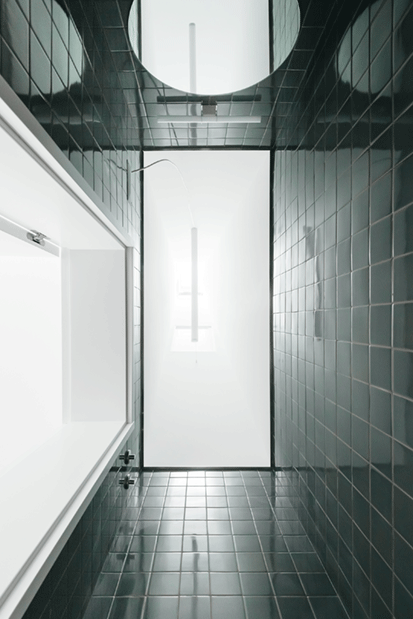 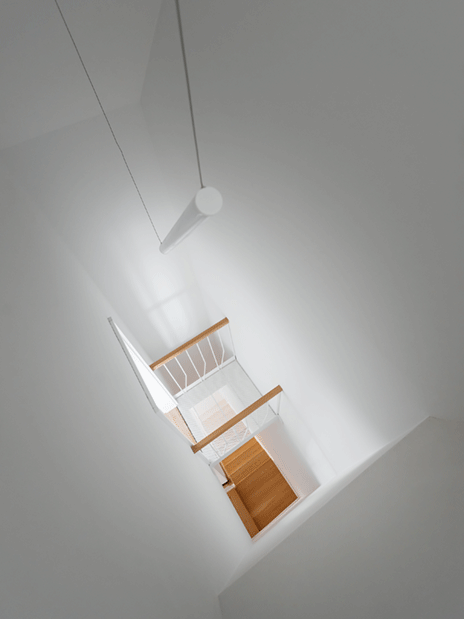 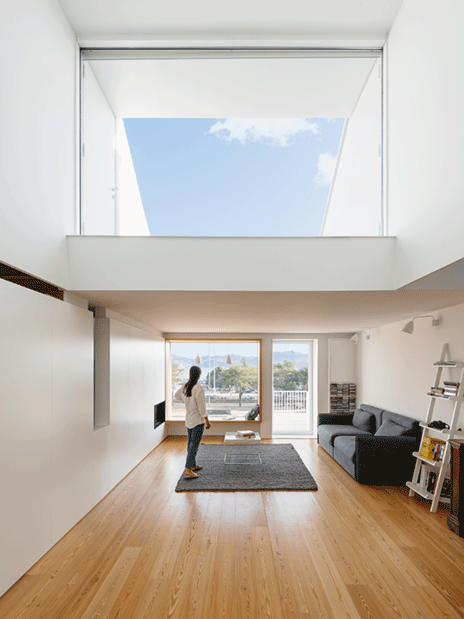 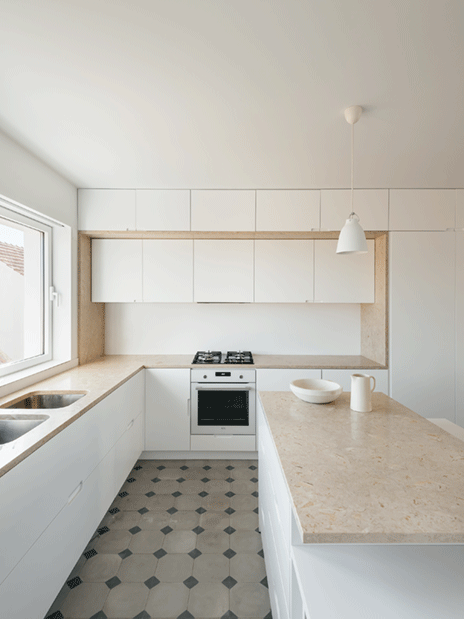 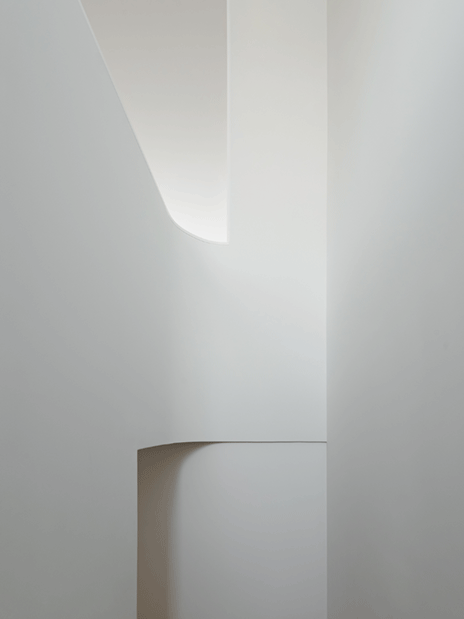 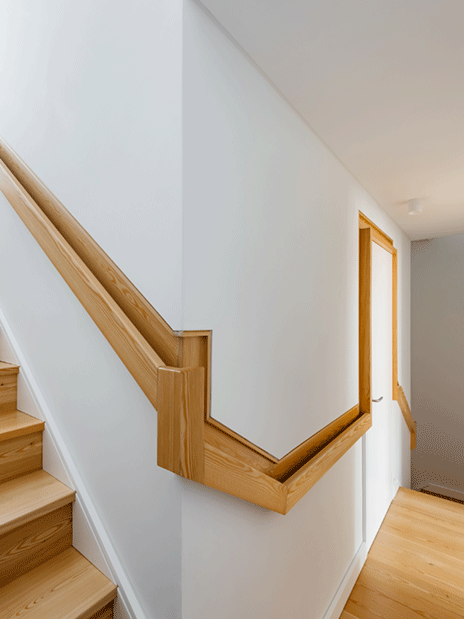 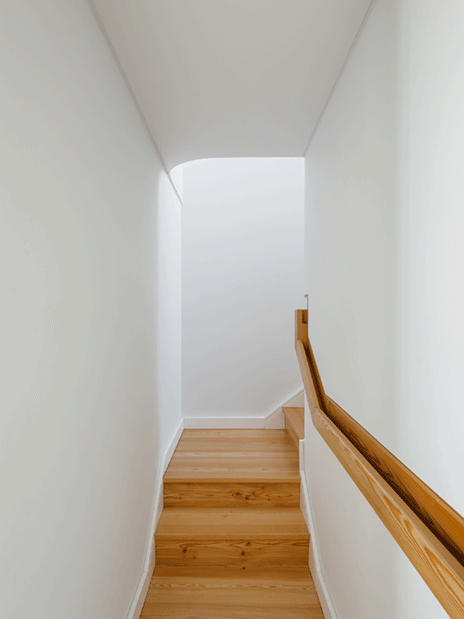 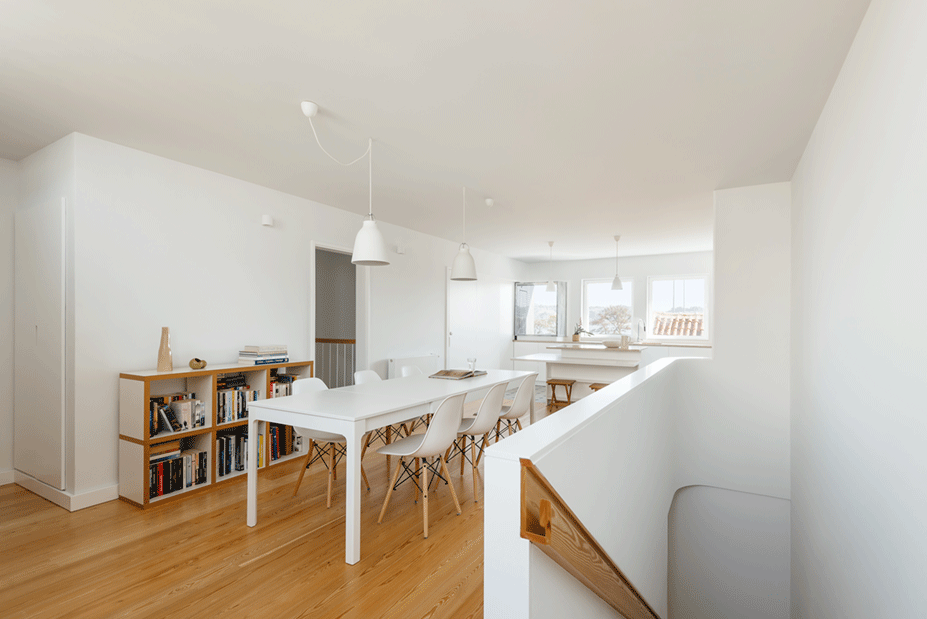 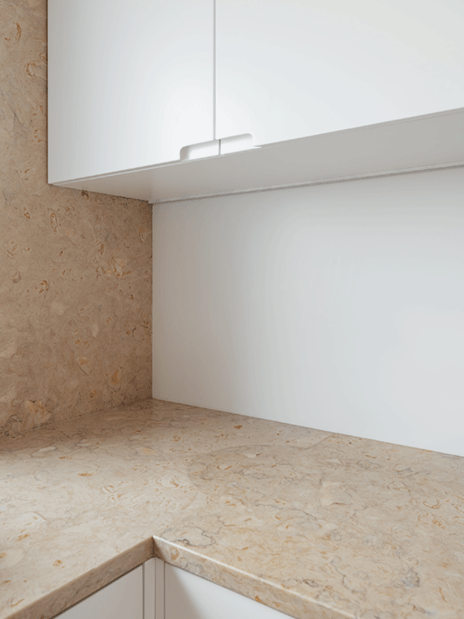