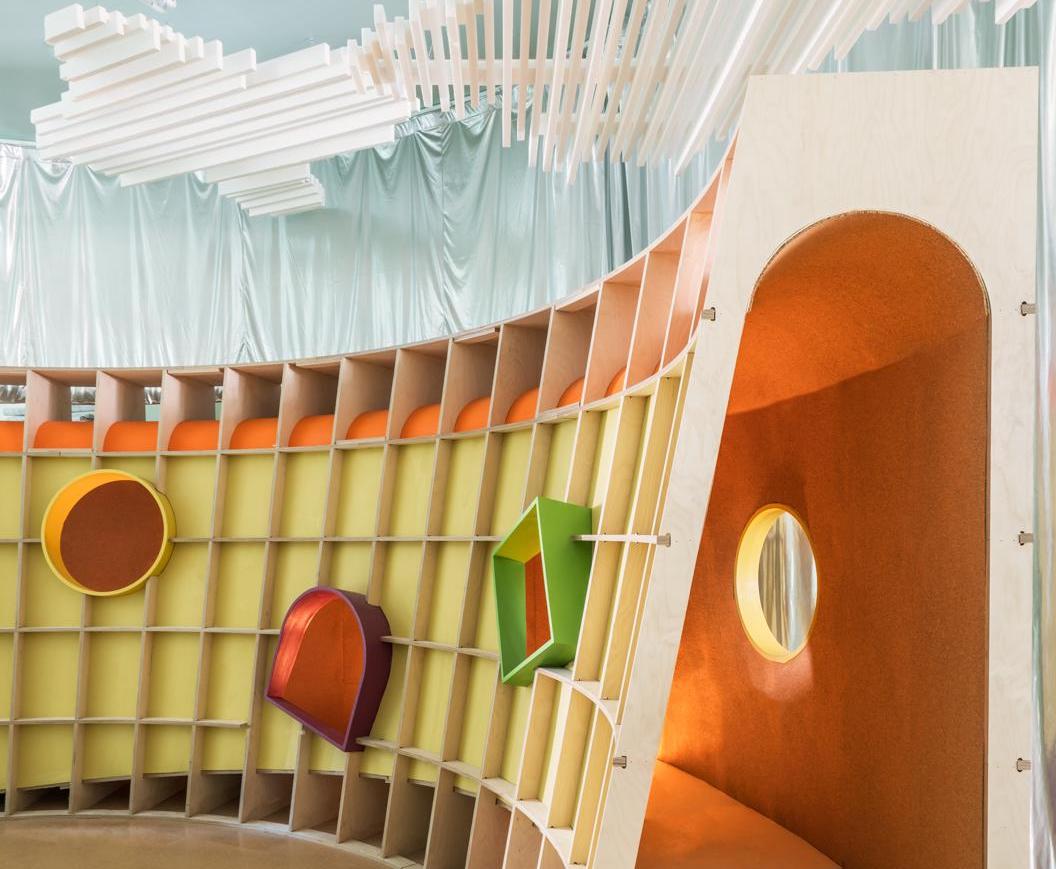 Posted at 10:00h in architecture, lifestyle by IDF Editors
Share

Indoor play has been a hot topic in 2020, but New York and Rome-based architecture practice Architensions stepped to the challenge in a geometric composition that beautifully fuses play, color, and imagination in Brooklyn, New York.

The project was just completed before the Big Apple went into lockdown in Spring 2020 but still evokes freshness and hope in what has been an otherwise gloomy year. The eye-catching playspace brings together elevated design references while incorporating design notes that add to imaginative play and takes cues from children’s psychology and socialization. It comes as no surprise, with its proprietor’s background in childcare and yoga.

“We wanted to create a space to promote equality for every child using the space, so we imagined a forest as that outdoor environment where playability is not standardized but can always change.” 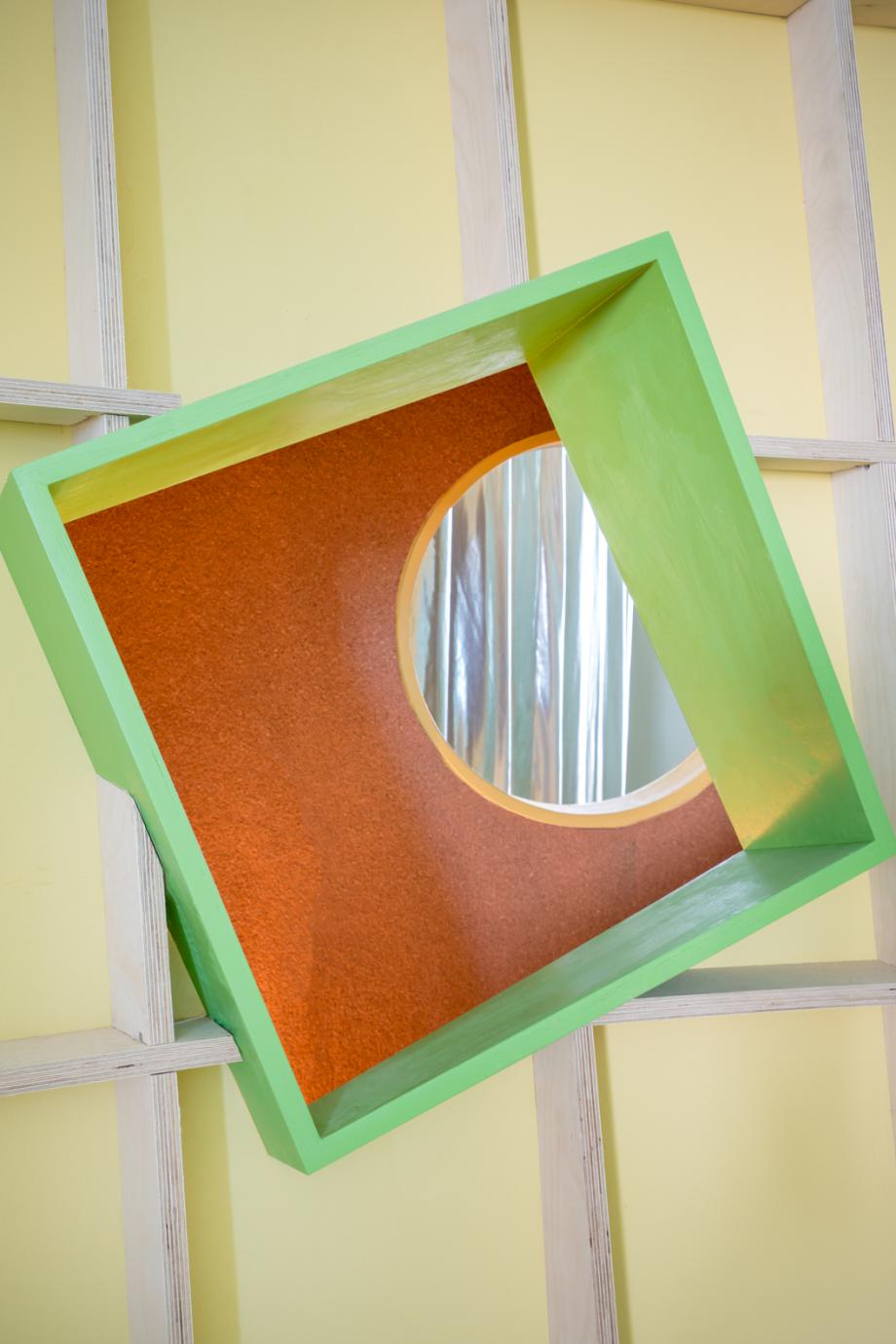 The stylish indoor environment was designed to facilitate creative, collective play for small groups of children. While its framework of wooden grids and embedded geometric shapes might seem abstract, Architensions actually looked to several aspects of the natural world in creating an interior landscape that would enhance a child’s experience.

‘We wanted to create a space to promote equality for every child using the space, so we imagined a forest as that outdoor environment where playability is not standardized but can always change,’ explains the studio’s co-principal Alessandro Orsini. ‘We translated it through a series of Euclidian shapes, each acting as part of the setting to help the users’ cognitive development.’ 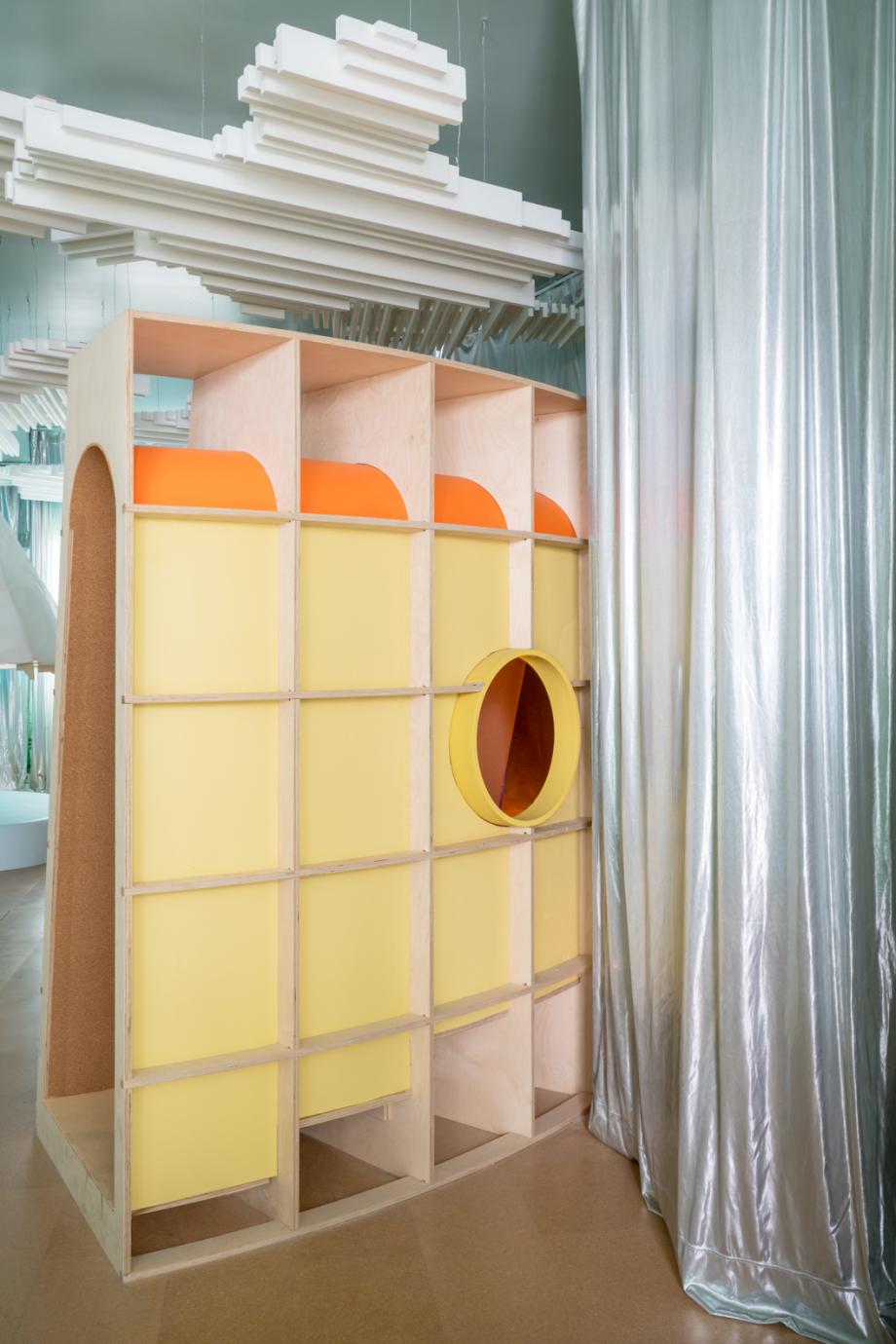 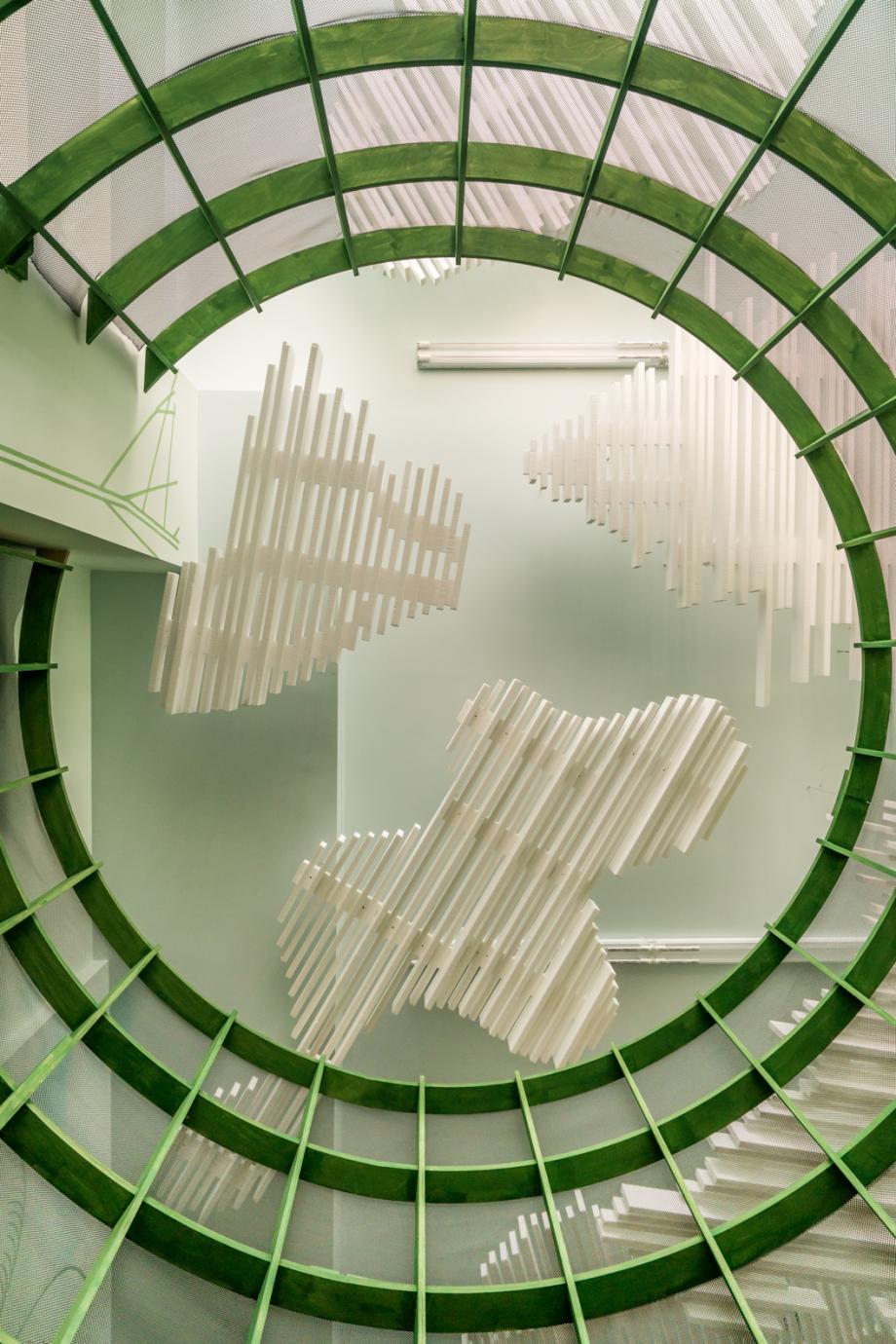 Nick Roseboro, Architensions’ fellow co-principal, adds, ‘We did not look necessarily into the conventional playground, but our reference was more related to the social aspect of play. We started to look into Aldo Van Eyck’s playgrounds in Amsterdam built after the Second World War as a series of urban rooms, but also Isamu Noguchi’s ‘Contoured Playground’ playscapes with their distinctive elements that allow the visitors to physically interact with art.’

The playground’s series of structures each creates a different sensory effect, whether it’s hiding inside a washi paper-covered form, resembling an igloo, and experiencing lighting that resembles the effect of falling snow, or climbing up into an 8-foot-tall green cylindrical ‘treehouse’ and peering out through a green mesh fabric that evokes leaves. A semicircular tunnel with geometric cut-out windows painted in bright hues rises up from the ground with shallow steps, while cloud-like forms made from slatted white foam are suspended from the ceiling above. All materials have been chosen with the young visitors’ well-being in mind – plywood is sanded and clear stained, all painted used is a non-VOC natural stain and the floor is covered in soft tan rubber, to cushion any falls. An opening date will be set in due course once social distancing measures can be effectively put into place. 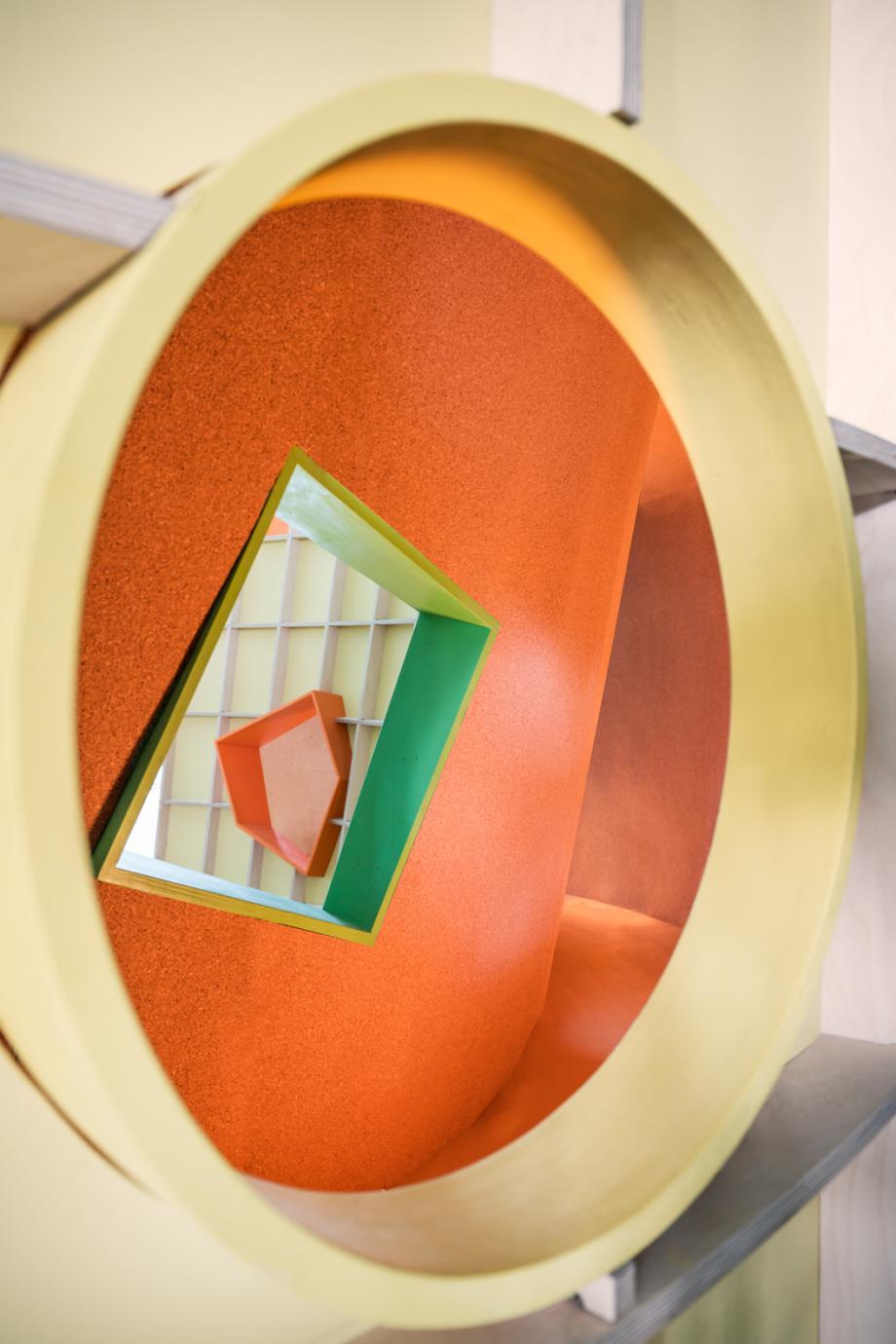 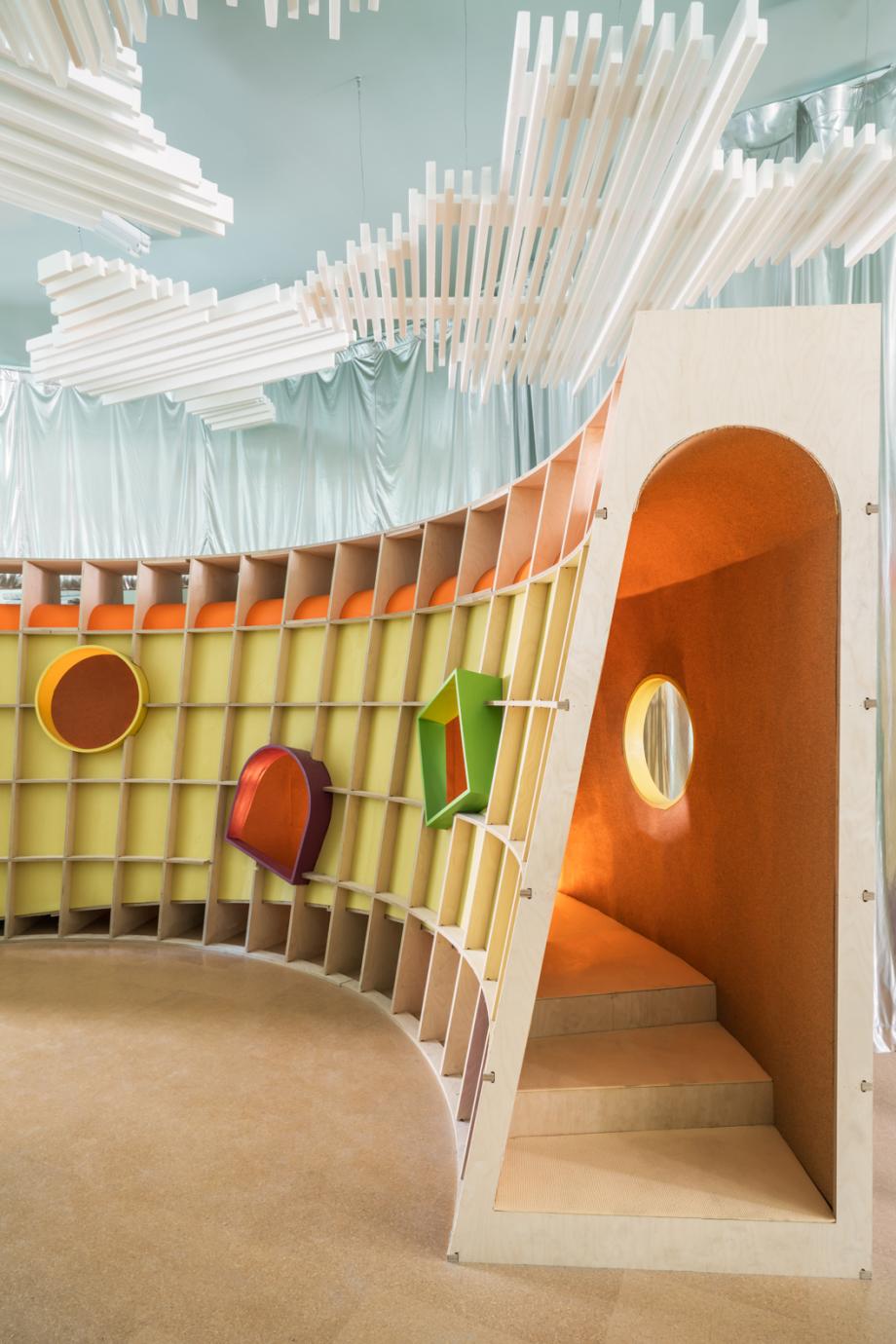 Architensions (ATE) is an architectural design studio operating as an agency of research led by Alessandro Orsini and Nick Roseboro based in New York and Rome. Architensions works at the intersection between theory, practice, and academia, focusing on social behaviors and architecture, both in continuous dialogue with the context and aiming at creating new experiential scenarios. 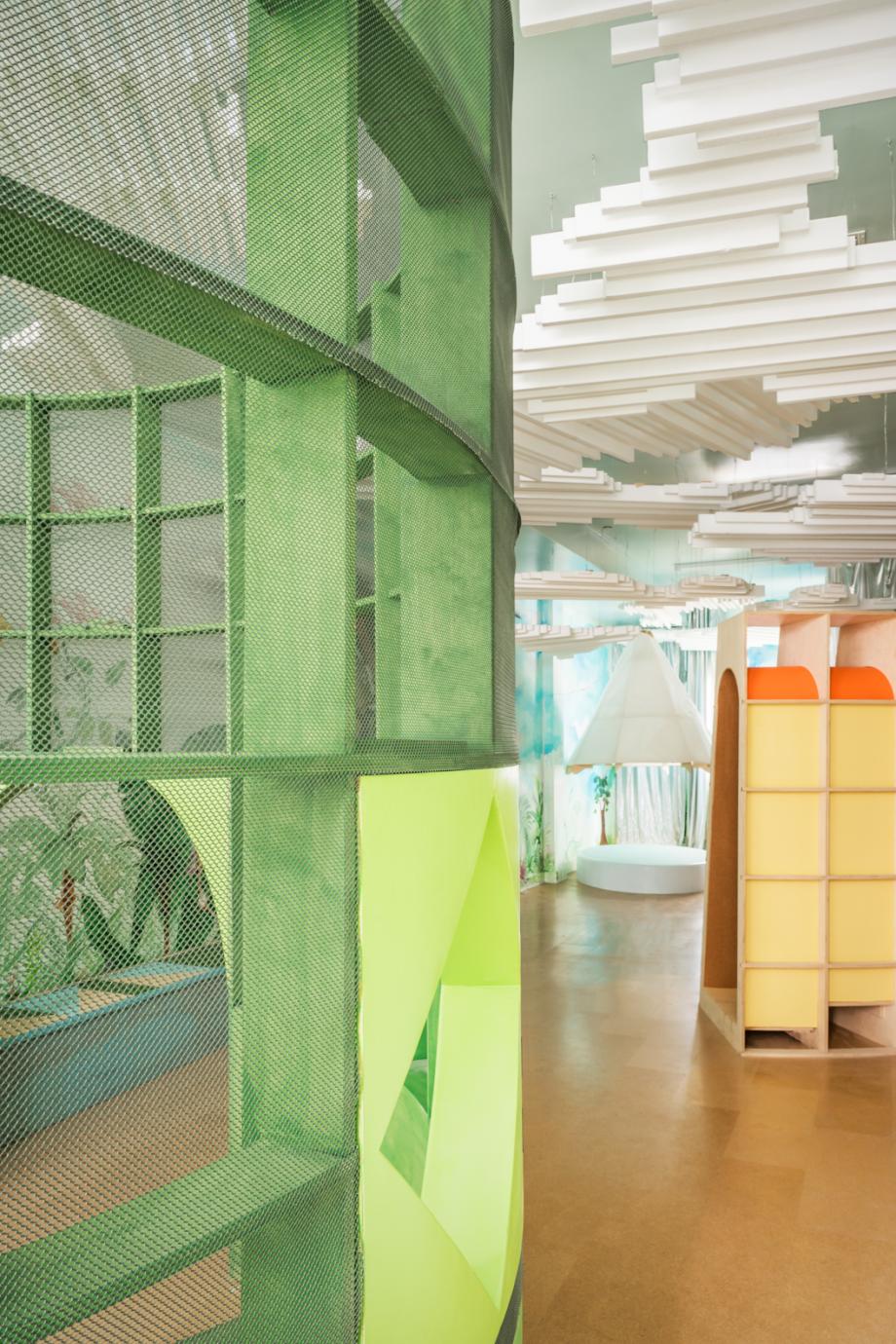 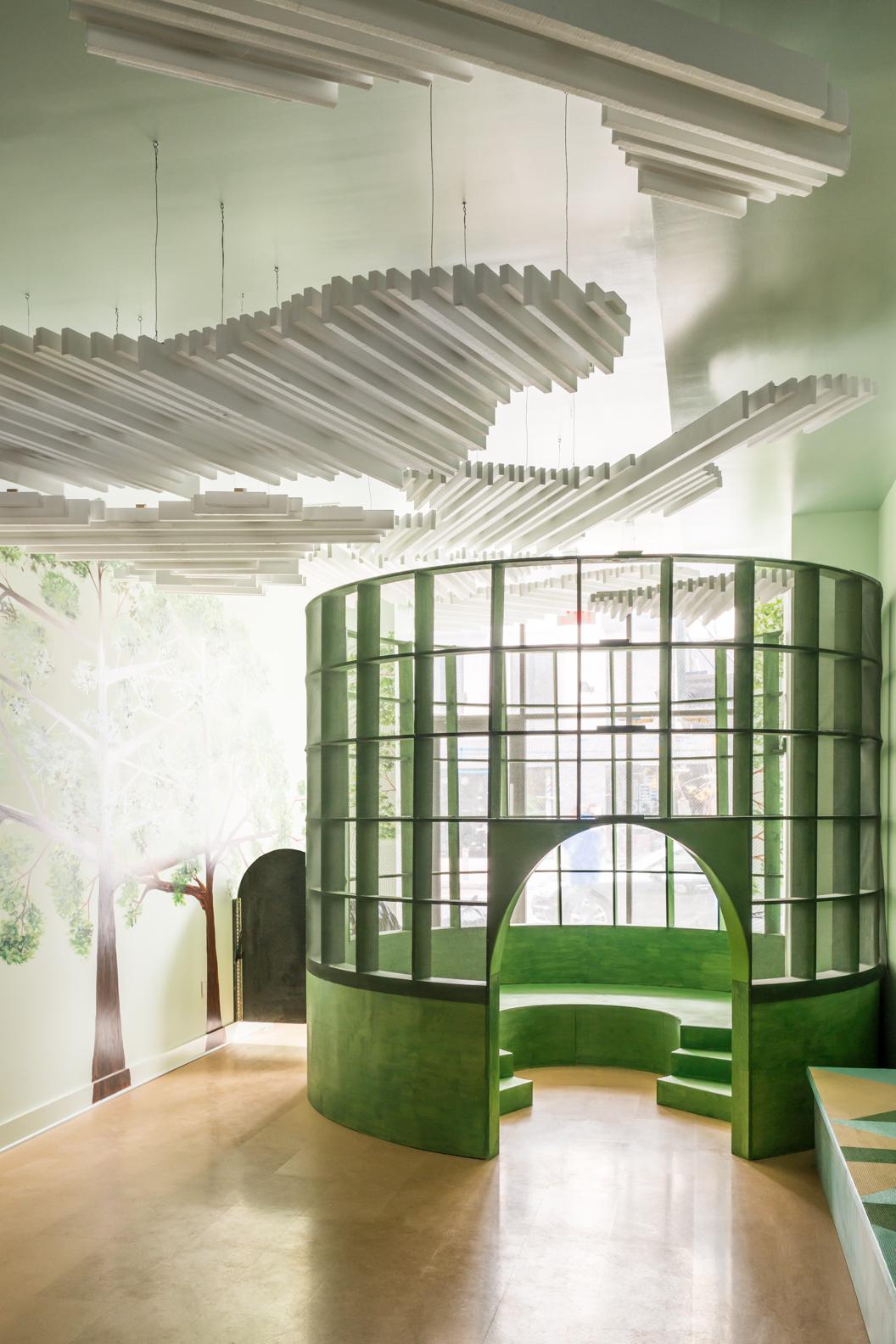