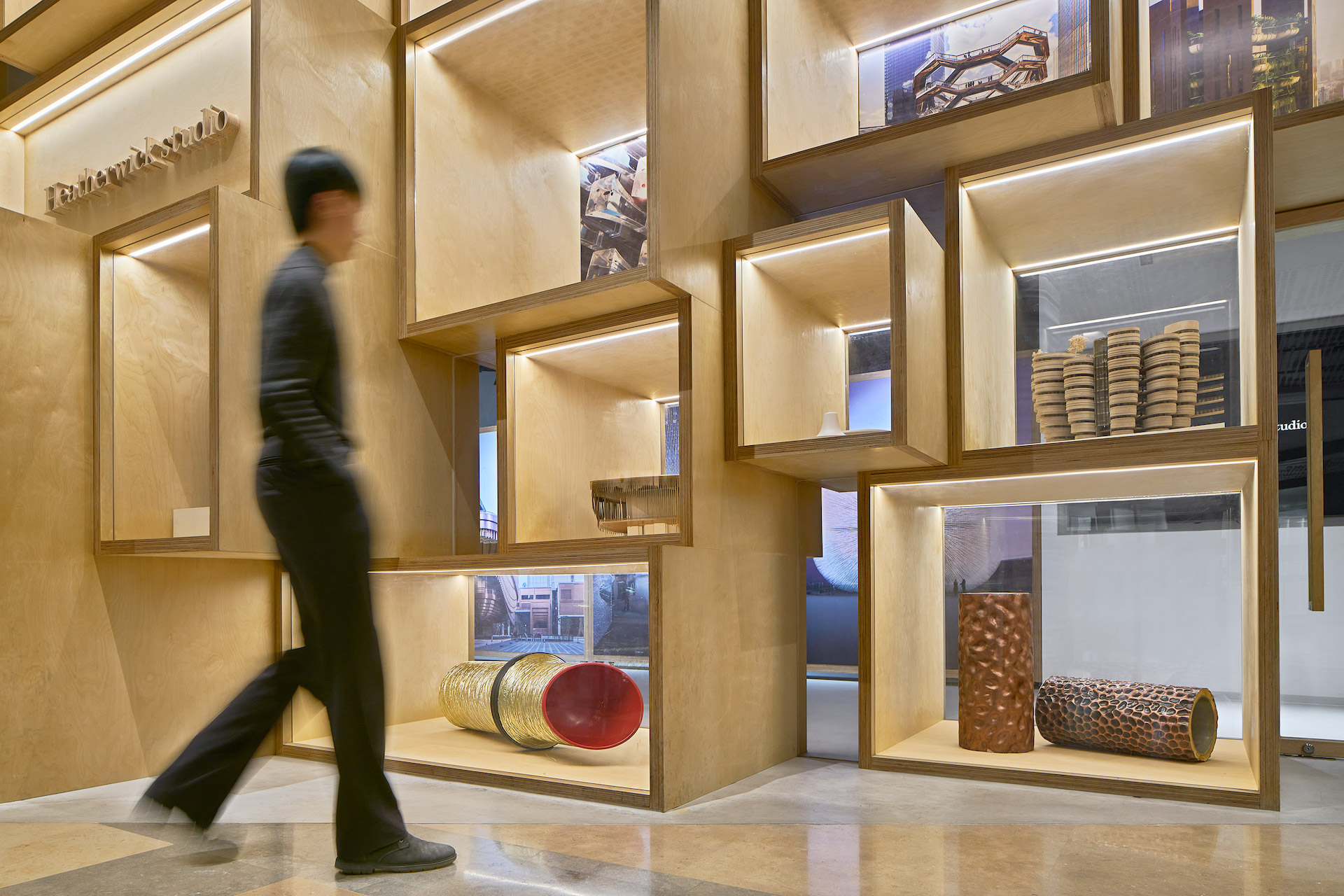 Posted at 10:00h in creativity by IDF Editors
Share

Heatherwick Studio has opened a new studio in Shanghai, a global financial hub and China’s biggest city. The new studio, the company’s first permanent overseas base, is located in 1000 Trees, a building designed by the Studio and opened last year.

“I’m thrilled to begin this new chapter in the studio’s history. Ever since we built the UK Pavilion for the Shanghai 2010 World Expo, our studio has had an amazing connection to the region. It feels natural and exciting to properly set up a permanent base in one of our own buildings, with our doors wide open to the public. I have huge respect for the design talent in China as well as people’s appetite in this region to commission daring and exciting work. We can’t wait to collaborate with everyone even more than we’ve had a chance to before.” – Thomas Heatherwick 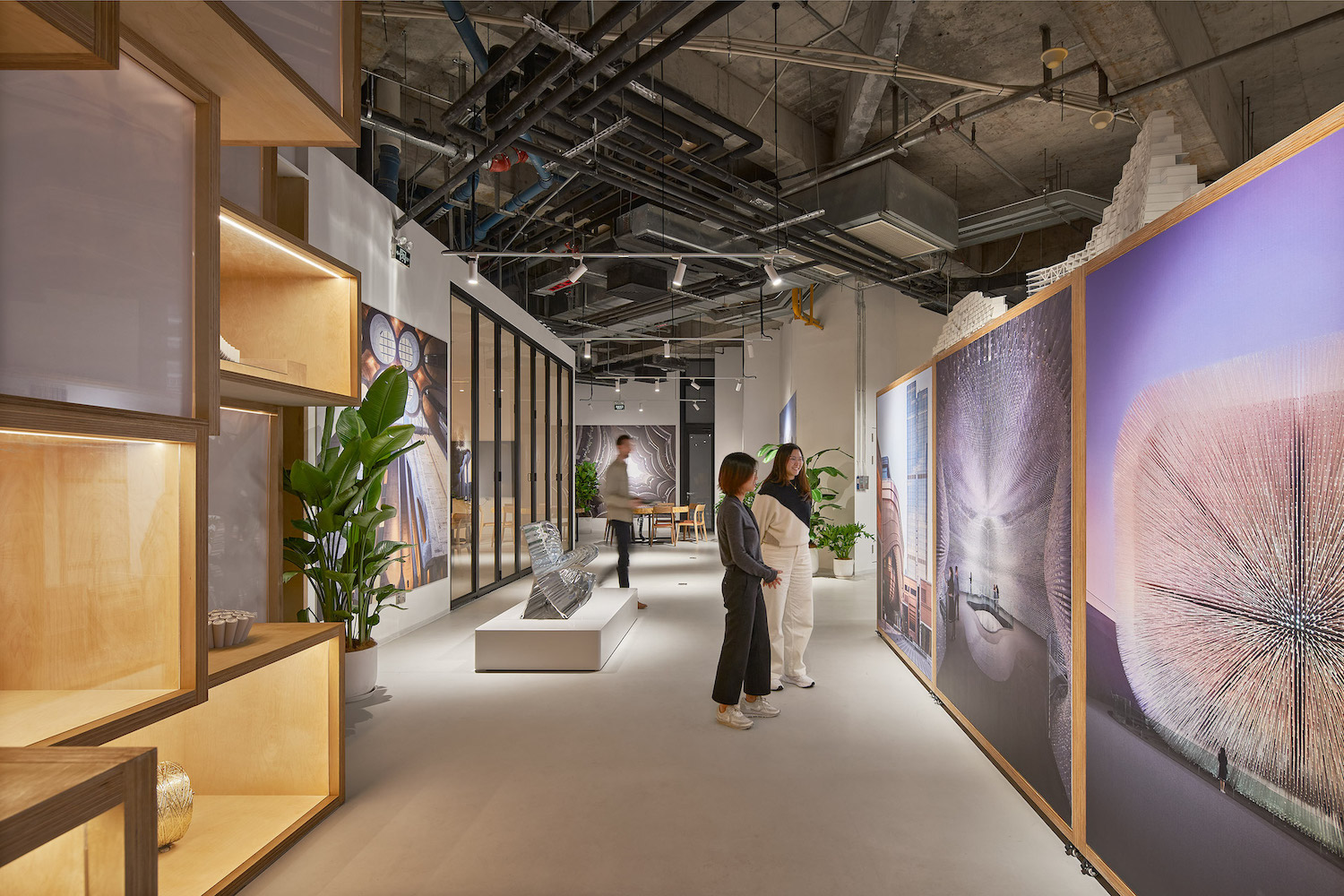 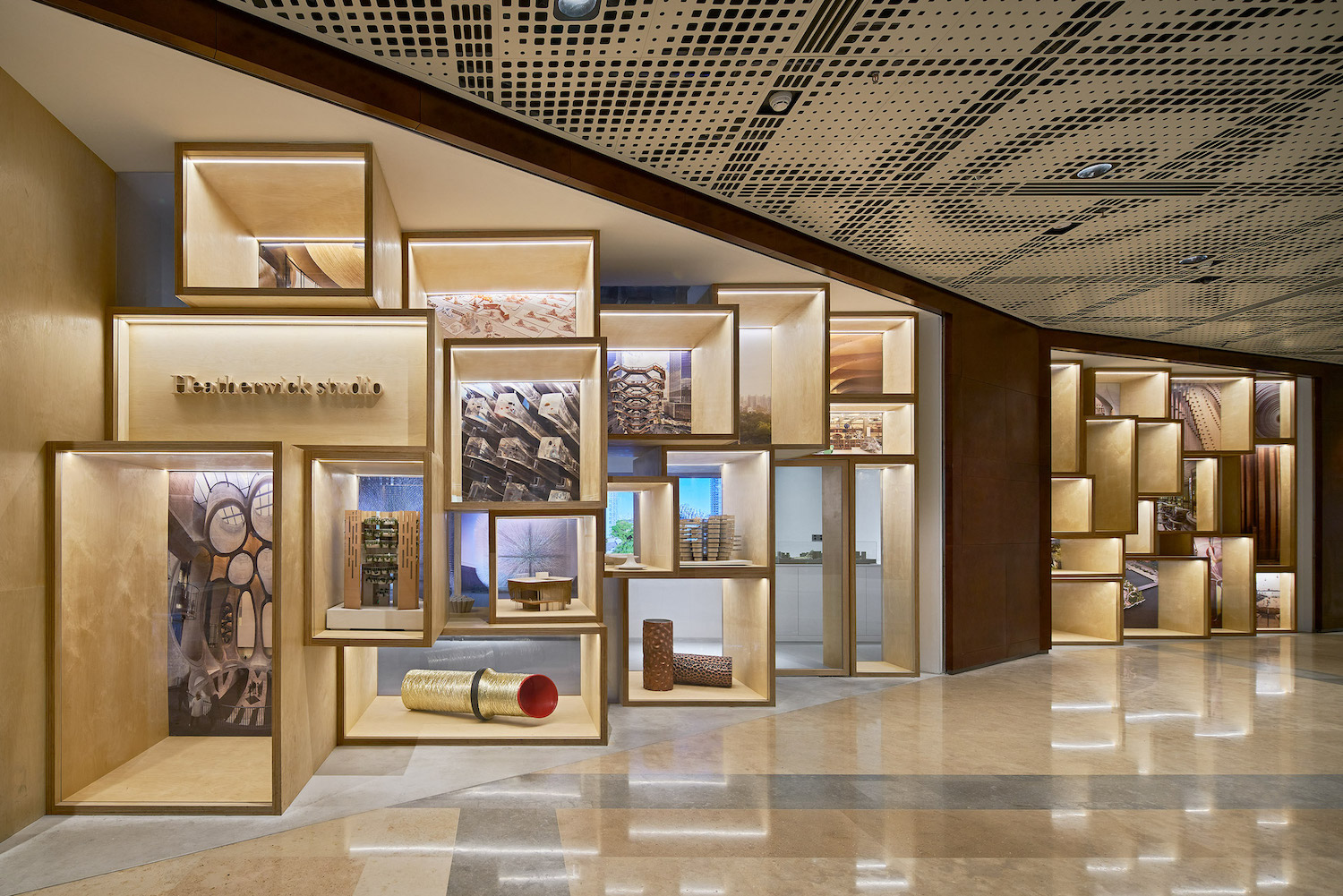 The studio’s home is Tian An 1000 Trees, the studio’s own revitalisation of a heritage site of the Shanghai Flour Mills. Located alongside the M50 art district and the Suzhou Creek, 1000 Trees is a mixed-use development comprising shops, hospitality venues as well public green spaces. Its distinct shape resembles a tree-covered mountain with external structural columns serving as planters for a variety of native plants. The building is a visual extension of a nearby park and offers visitors and residents green open spaces to enjoy in the heart of the city’s busy Putuo district.

Just like its home in 1000 Trees, which embodies the idea of making cities social places, the new studio is conceived as a public space where passers-by will be able to engage with the studio’s designs. The front of the workspace, located on the fourth floor of the shopping centre among retail and hospitality units, is made up of multiple stacked cubes which act as display boxes for a collection of models of the studio’s most iconic designs in Asia. These include the Bund Finance Centre, designed in partnership with Foster + Partners, Singapore’s Nanyang Learning Hub and a model of the 1000 Trees development itself. 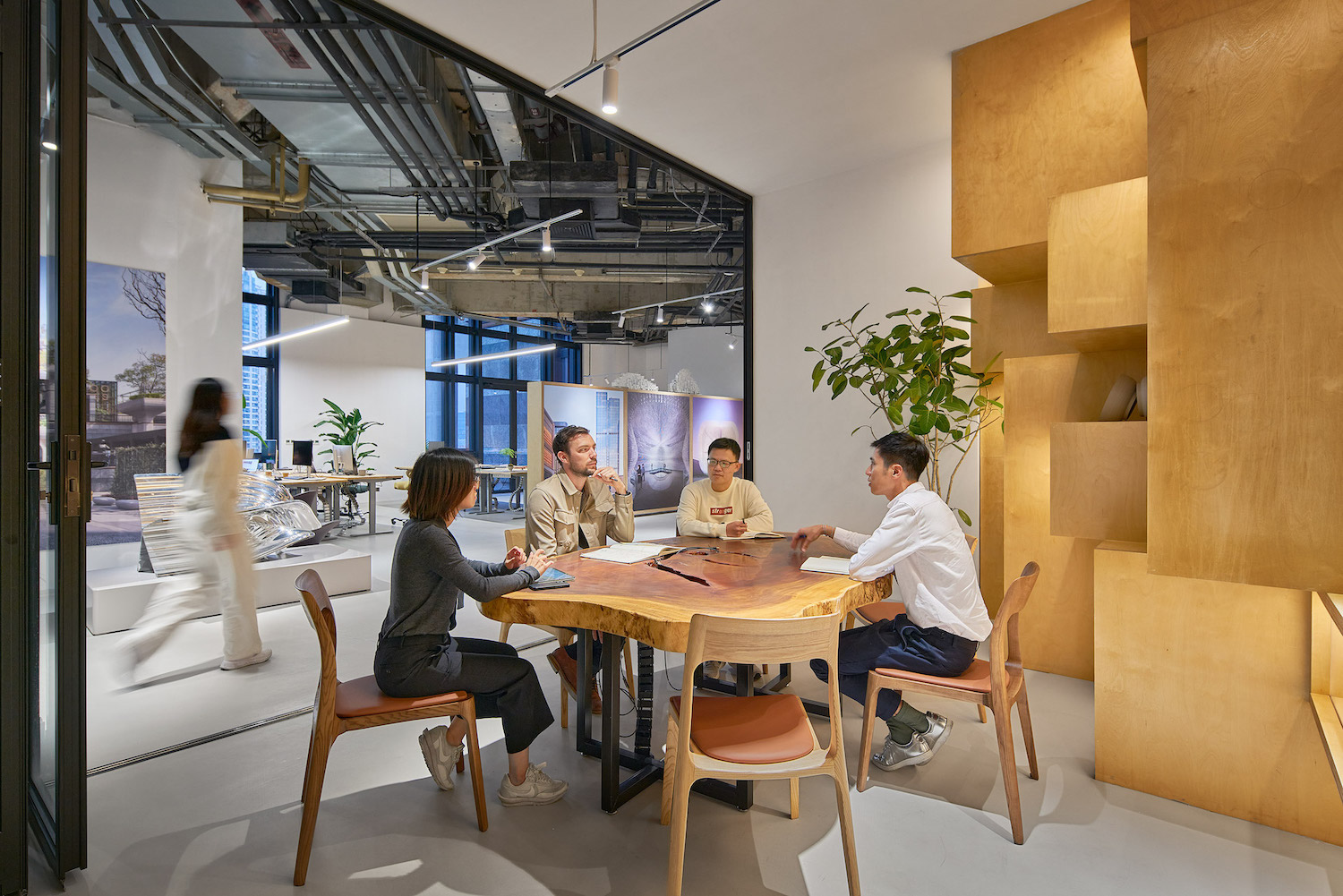 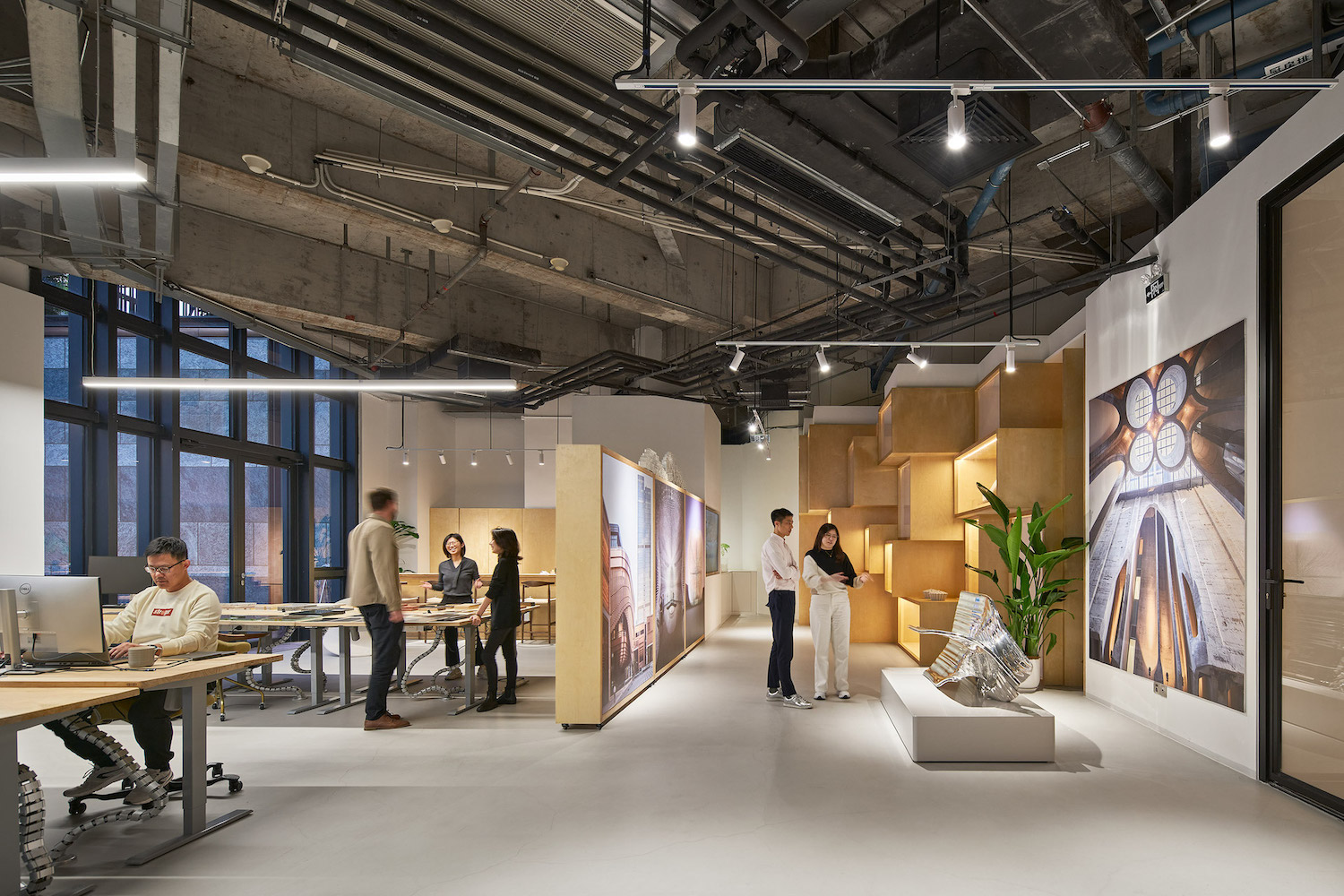 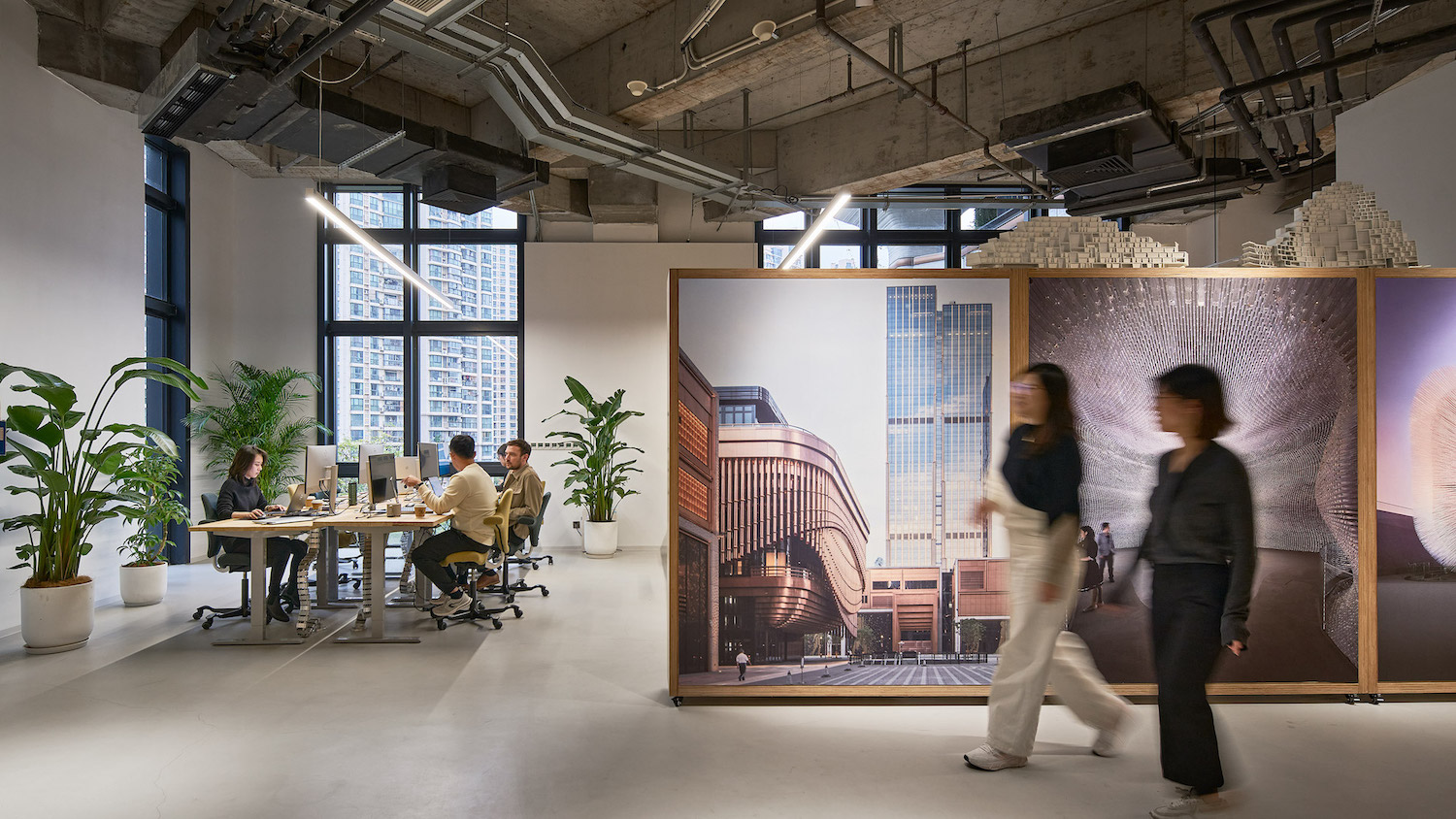 The opening of the new workspace coincides with the expansion of the studio’s portfolio in Asia and follows the recent announcement of winning of the competition to design a major cultural centre in Haikou, the capital of Hainan province. Next year will also see completion of the studio’s first major project in Japan, the Azabudai Hills development in Tokyo.

Leo Cheung, Senior Associate and Project leader at Heatherwick Studio said: “The opening of the Shanghai Studio is a truly exciting moment and shows our commitment to Chinese and Asian projects. It is a great opportunity to welcome some of China’s top design talent to join the team and contribute to our mission of making the physical world around us better for everyone.”

In addition to hosting the team of ten and a public display with models of their most iconic designs, the studio will also offer guided tours to visitors wanting to find out more about their work.