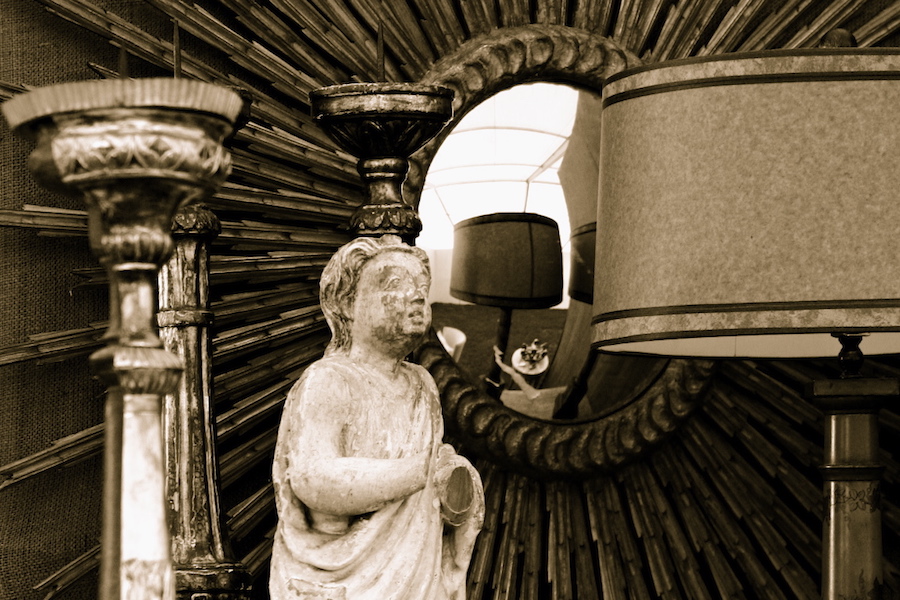 15 Apr Ooh-La-La! A Comprehensive Guide to French Antiques and Terminology

Posted at 10:00h in interior design by IDF Editors
Share

When it comes to elegance, style and glamour, the French sure know a thing or two about très chic living. It’s no coincidence that Paris is one of the foremost fashion capitals of the world, served as a playground for the iconic Coco Chanel and was the birthplace for the decadently luscious crème brulée. The flamboyant ways of the French led to the worldwide popularization of style trends in décor and architecture pertaining to Baroque and Rococo (which I happen to think is a great baby’s name). With a long history enriched by their infatuation and passion for design, it comes as no surprise that French classics take the cake as the most sought- after antiques in Texas and around the world.

If you’re nouveau to French antiques – and have had one too many doses of Pottery Barn and West Elm catalogs – you may not know the difference between an enfilade and an étagère. Maybe you’re one of those who swears that nobody could possibly store anything in a commode or perhaps the extent of your French vocabulary spans as far as the word “Cartier”. Well, just for you, I have compiled a list of the most common terms in French antiques and furniture, tailored as an articulate guide for your next shopping trip. You’ll be informed, savvy and très brilliant on your upcoming tours to those fancy shops you’ve been dreaming of splurging at. I caught up with our friend (and owner of the exquisite, eponymous shop), Jean-Marc Fray, to create this handy guide.

What Degas referred to as coiffeuse we would call a vanity table
What Molière knew as a canapé (no, not the hors d’oeuvres) is what we know as a sofa
What Coco Chanel called a demilune we know as a half-moon table

What in France is known as étagère would mean in America: stand with open shelving
What is known a guéridon, is actually a side table with a circular top
What the French call a vitrine is to us a display cabinet

What in France is known as an enfilade Americans recognize as a buffet table
In French stores, you will find a fauteuil, which is an armchair with open arms

And how well do you know those little details and styles that make French antiques and furniture truly stand out? Here are some manageable terms for French styles and ornamentation:

acanthus: a design pattern named after this kind of leaf
bombe’: the convex curve of a piece of furniture cabriole a stylized leg with an S-curve
chinoiserie: furniture using Chinese-style decorations gilt (or gild) covered in gold leafing
marquetry: a technique in which woods of different grains and colors are inlaid into the body of a piece to create an image
parquetry: using marquetry to create a geometric design
trompe l’oeil: art technique that uses realistic imagery to create an optical illusion
toile de jouy: cotton or linen fabric with monochromatic designs in a light background
trumeau: the space between windows or doors (we commonly see this term used to refer to a type of mirror with a decorative top)

Did we miss anything? We hope you now feel super confident on your French-antiquing adventures. If you come across any term you’d like us to update, make sure to share with us and our readers!