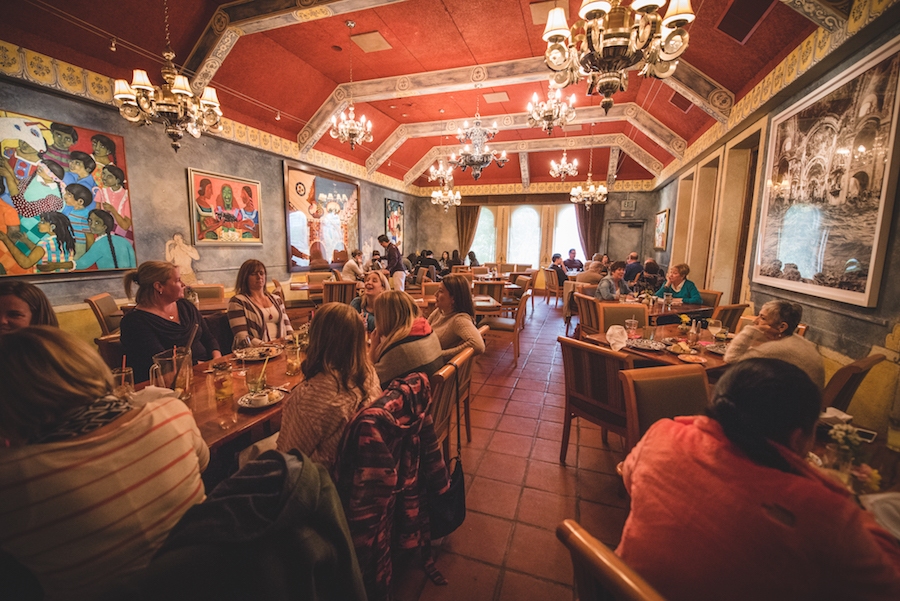 24 May A Culinary Work of Art: Austin’s Fonda San Miguel is Still the Grand Dame of Dining Experiences

Color. It teases the spirit in whimsical décor, triggers emotion when splashed on canvas, and tempts like foreplay when served on a plate. It is also the essence of Mexico’s interior, brought to life at Fonda San Miguel, Austin’s premier restaurant for the distinctive cuisines of Mexico. After four decades of culinary delight, Fonda San Miguel is still the grand dame of experiences.

That experience begins when you walk up to the front doors, massive and hand-carved, from the state of Guanajuato. Inside, the atrium is a Mexican embrace, big and familial. Around you, art by some of Mexico’s most renowned artists captures the pure soul of Mexico. You can hear the bar bustling with longtime patrons while Fonda’s most dedicated staff awaits you in the dining room.

In 1975, Tom Gilliland and Miguel Ravago, the curators and owners of beloved interior-style Mexican restaurant Fonda San Miguel, left their careers to get into the restaurant business. Gilliland had just completed his law degree at the University of Texas Law School, and Ravago worked at the state Legislature at the state Capitol. They had zero restaurant experience, no formal business plan, and little money. They launched San Angel restaurant in Houston, serving “real” Mexican fare. Though San Angel flourished, it outgrew its space and Gilliland and Ravago returned to Austin. 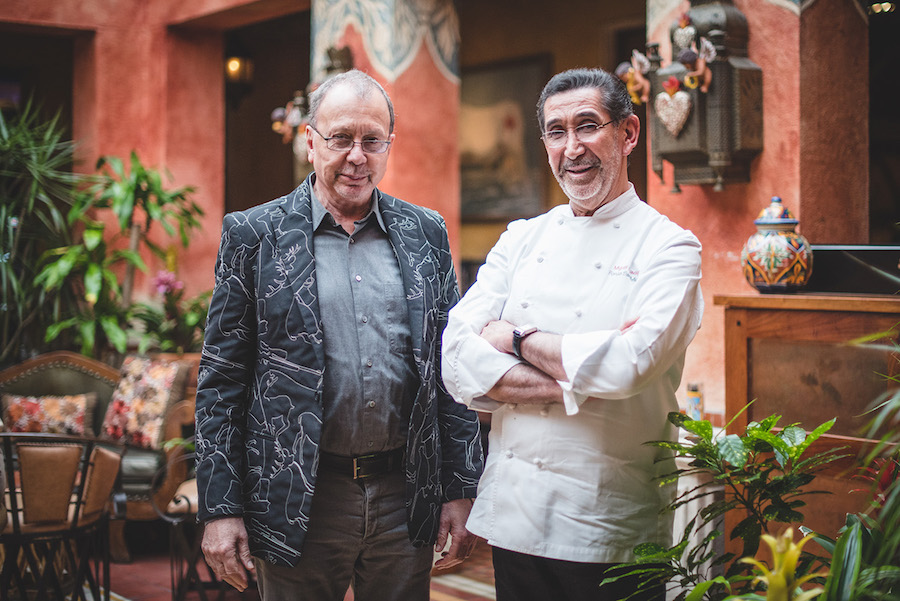 The stucco hacienda would become Fonda San Miguel, a space that, throughout the years has undergone some upgrades and is now considered by many as Austin’s most beautiful restaurant, featuring Gilliland’s carefully curated collection of museum-quality artwork, exotic plants and international décor to complete the exquisite dining experience.

Forty years later, Fonda San Miguel is as bright a star in Austin’s culinary scene as ever. Widely recognized as one of the finest interior-style Mexican restaurants in the country, Fonda gained acclaim from many renowned media outlets and is frequented by celebrities, politicos and average foodies alike. Gilliland and Ravago created Fonda San Miguel: Thirty Years of Food and Art, a cookbook to commemorate their 30-year anniversary. It features some of Fonda’s most cherished recipes, as well as a collection of the artwork featured in the restaurant.

While the décor is impressive on its own, Fonda’s menu remains the star of the restaurant. The Fonda menu has always featured interior-style Mexican cuisine that rivals Mexico’s best restaurants, touting regional fare from Mexico’s interior culinary epicenters: Oaxaca, Puebla, Veracruz and Yucatan. 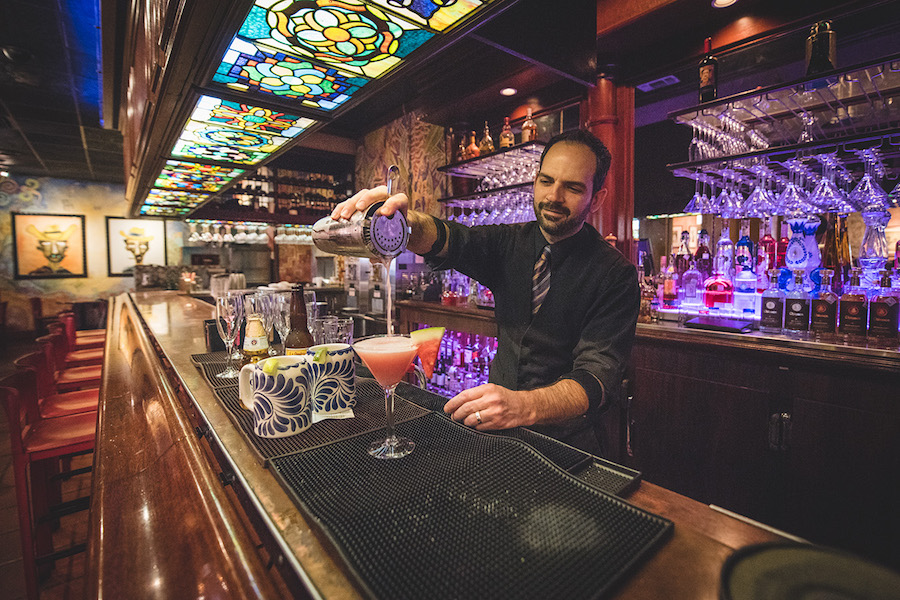 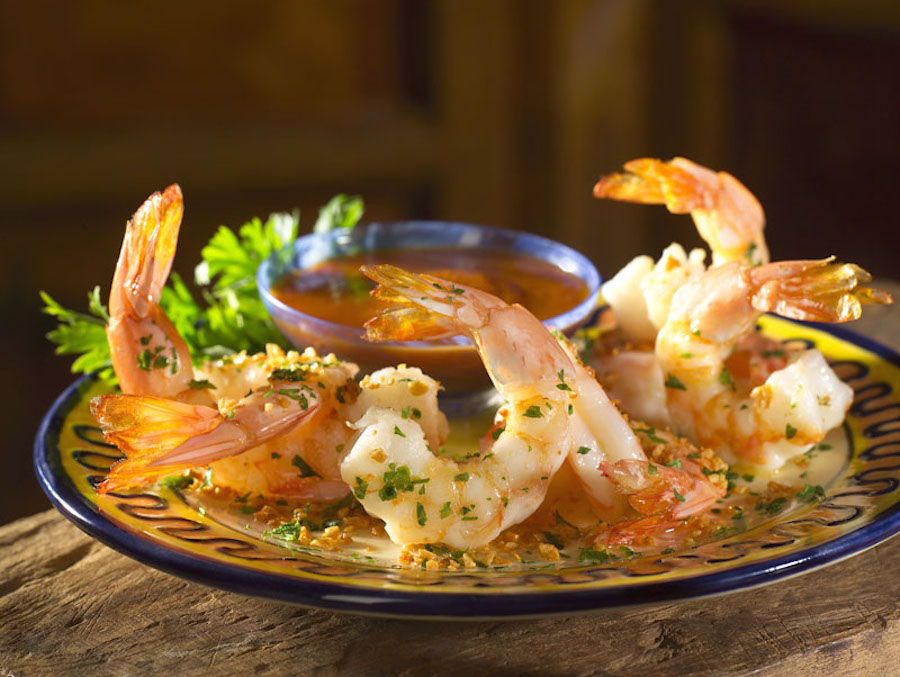 From the selections on the Antojitos portion of the menu, such as Ceviche de Langosta y Mangó, Tacos al Pastor and the wildly popular Torre de Botanas (a delicious tower of tostadas compuestas and sopecitos), to the Enchiladas de Pato (enchiladas with shredded duck topped with a poblano-spinach sauce), the menu is extensive, with every dish prepared from authentic recipes and ingredients. The Pescados y Mariscos menu features traditional delights like Camarones en Crema de Chipotle; and the Carnes options, like the Carne Asada a la Tampiqueña (grilled beef tenderloin served with guacamole, rajas and a cheese enchilada) are authentically delicious. The Crepas de Cajeta (crepes sauced with a rich goat milk caramel and toasted almonds, served with Fonda’s cajeta ice cream) and other dessert delights are all made in-house. And, of course, Fonda’s Sunday Hacienda Brunch Buffet is legendary and highly popular. “The Sunday buffet gives me an opportunity to help people learn about the food of Mexico,” Ravago says. “If customers tell me they’re planning a trip to a certain region of Mexico, I show them what dishes to taste so they’ll know what kind of food to expect.”

After 40 years of success, Fonda San Miguel is a celebration of its distinctive cuisine, its colorful history and the transforming influence it has had on Mexican restaurants throughout the country, where culinary connoisseurs, art lovers, visiting celebrities and guests all come to partake and enjoy. 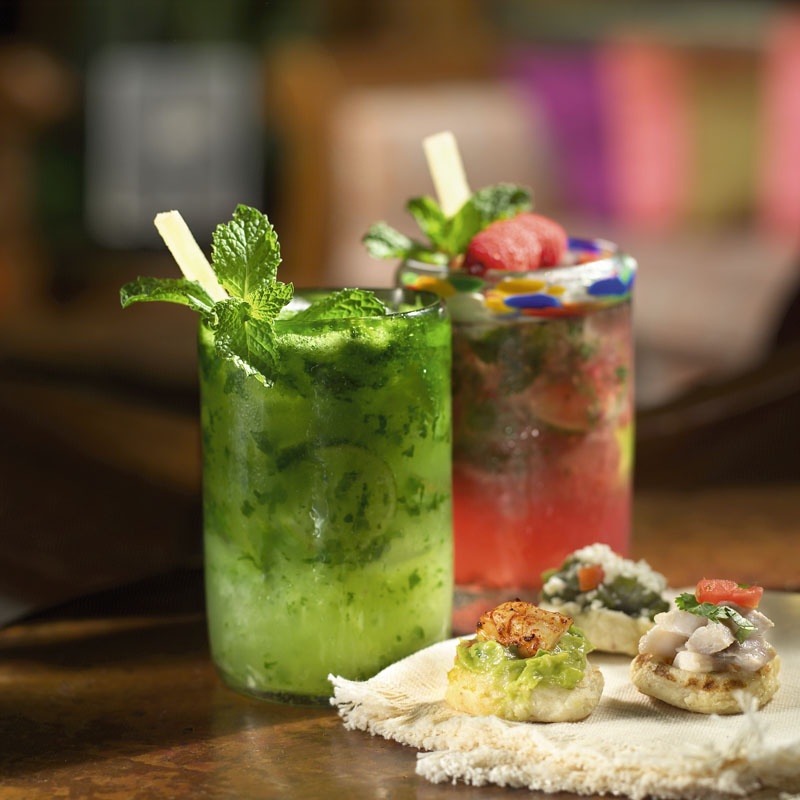