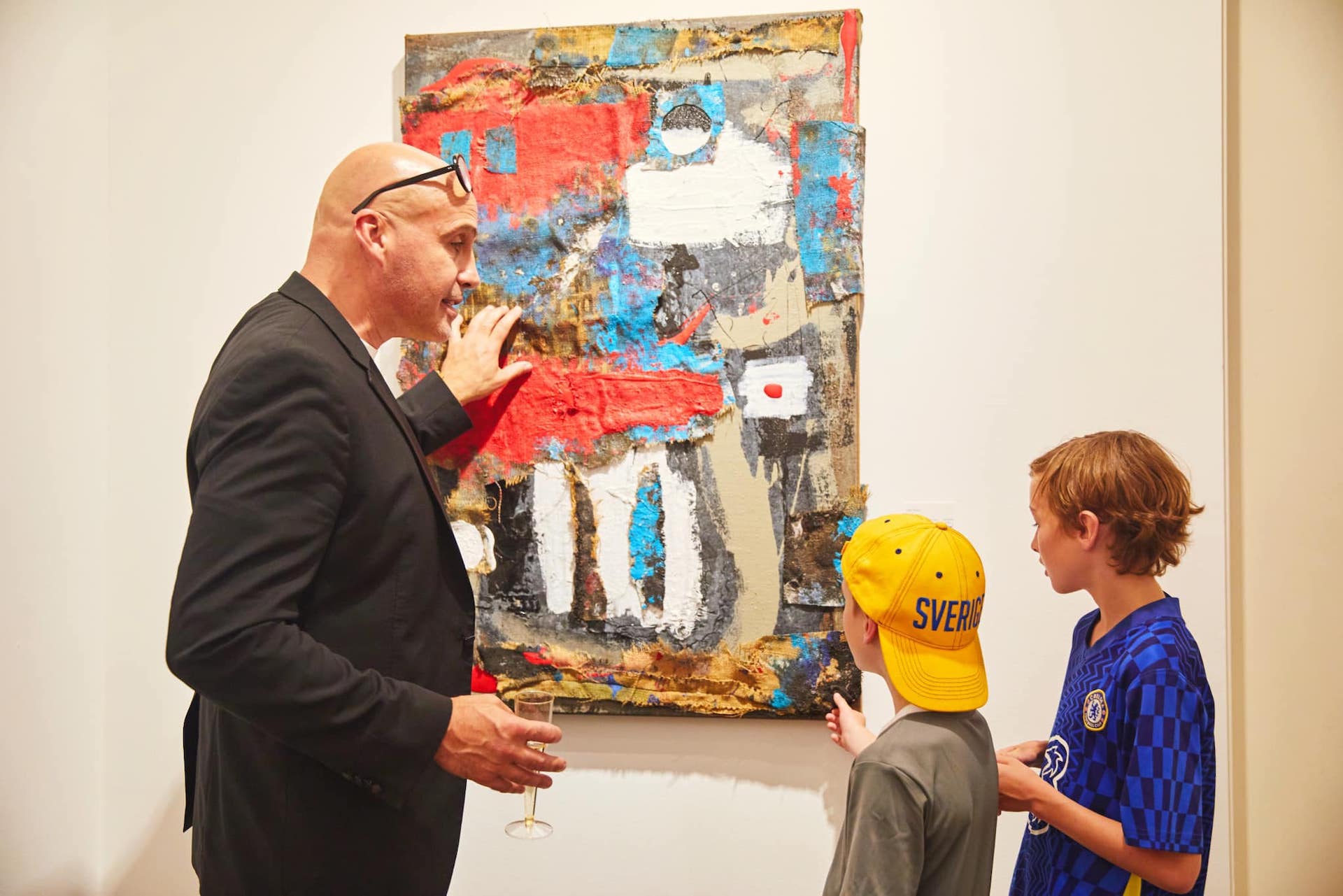 Posted at 00:00h in arts + culture by IDF Editors
Share

Award-winning actor and artist Billy Zane is featuring his latest collection of art in a new exhibition titled ACTION! with paintings and concept by Zane at the Speedy Gallery in Santa Monica now open to the public. The work heads to the Speedy Gallery from curator Yiwei Lu, gallery owner Atsushi Fukuda and gallery director Marguerite Marcella.

Part of what drew him to art was happenstance. It all came down to a simple viewing of Julien Schnabel’s Basquiat and the manner in which the older artist used simple materials like house paint and rollers to create abstract works on canvases laid upon the floor. Schnabel’s style and work spoke to certain sensibilities in the actor that then encouraged him to pick up his own brush in 1997 during the filming of Titanic. The remaining credit goes to his sister Lisa, who evidently invited a gallerist to his home to check out his work without his knowledge. The next thing he knew, he had a show.

Billy Zane is an American artist most often associated with his celebrated work in cinema as an actor. Starring in some of the highest grossing films of all time, as well as some of the most watched cult television experiences ever, such as TITANIC, “Twin Peaks” and the BACK TO THE FUTURE and SNIPER franchises, he has over 120 titles to his credit. However, the raw authenticity of his paintings, drawings and photography which has exhibited in Los Angeles, London, Budapest, Milan, Miami, and Thessaloniki, Greece, has garnered him nearly as much recognition and critical praise. 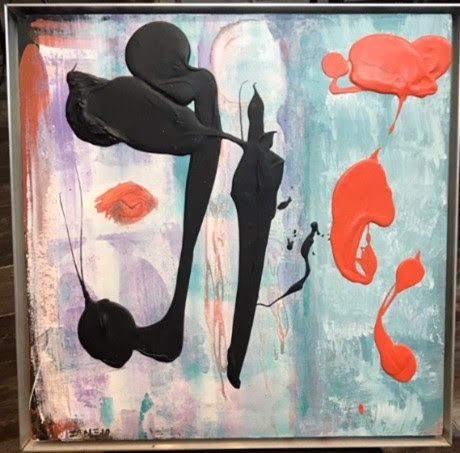 To Zane, art seems to also serve as a sort of therapeutic medium for living out both personal and universal human trauma. For example, in 2020, he created a series called Billy Zane Art Therapy consisting of six sixty-minute series. In each, he invited well-known public figures to investigate and analyze the connection between the artistic endeavor of painting and their own mental health issues.

In doing so, the actor becomes a medium himself, holding up a mirror to the complexity of human emotions through the personal testimony of others and himself. This is particularly evident in his digital work in which the artist turns his lens on the inconsistencies and quirks of life. 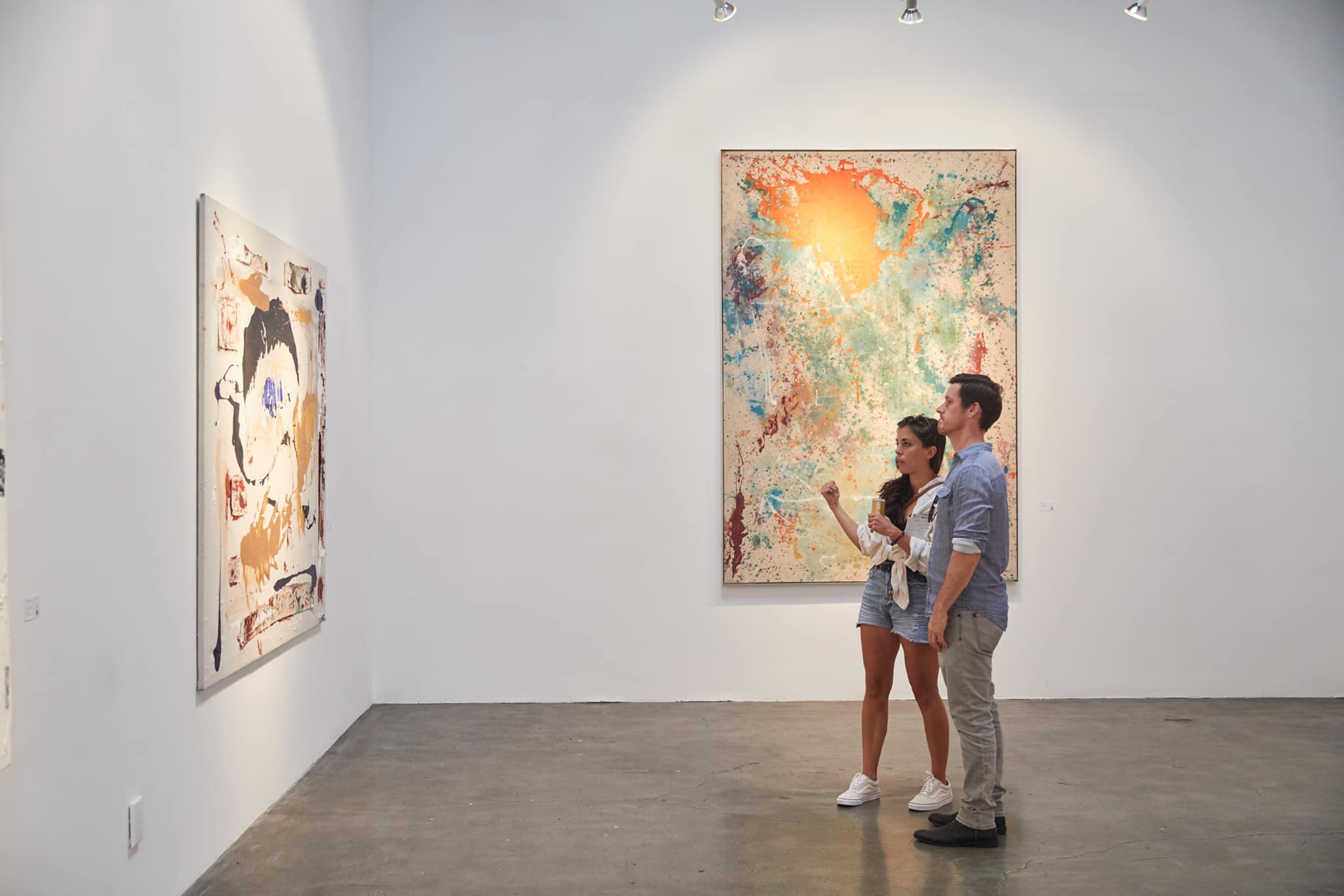 His abstract expressionist paintings are bold juxtapositions of kinetic application and elegantly balanced color combination derived from both intentional and naturally occurring contradictory influences. He likes to inform the process through self-imposed restrictions. Limited time and resources promote a controlled chaos and encourage “beautiful accidents,” as he puts it. To achieve this, most of his paintings are created outdoors, under fleeting daylight, with mostly found and recycled materials in remote natural location.