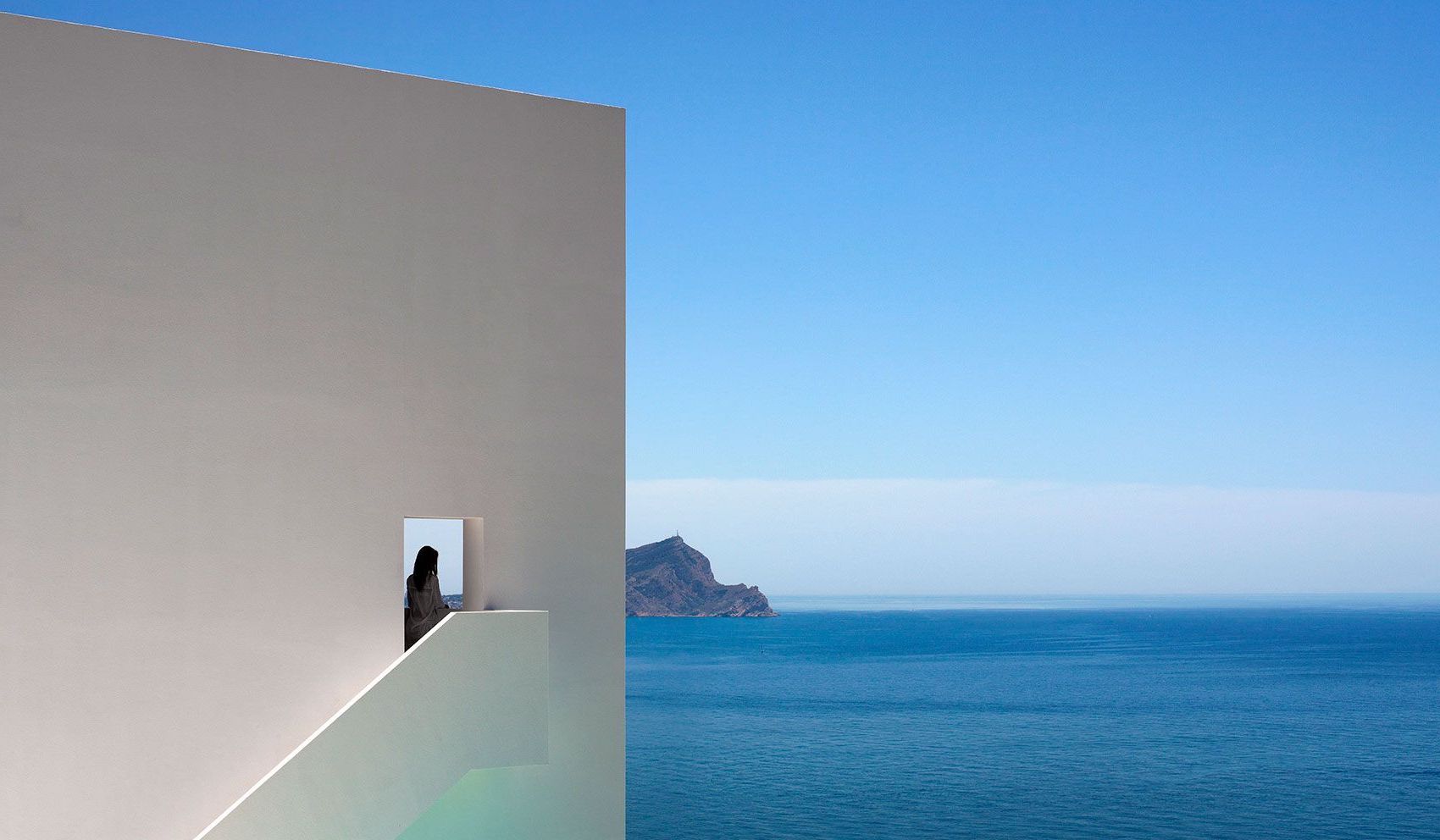 Posted at 00:00h in architecture by IDF Editors
Share

Uber-modern architecture embraces and celebrates nature with the House of the Cliff Project by Fran Silvestre Arquitectos in Alicante, Spain. Above, a shadow, the house itself, looking calmly at the Mediterranean. Under the sun, the swimming-pool brings us closer to the sea, it becomes a quiet cove. This residential project beautifully fuses the lushness of its natural surroundings, with an unapologetic minimalist charm. 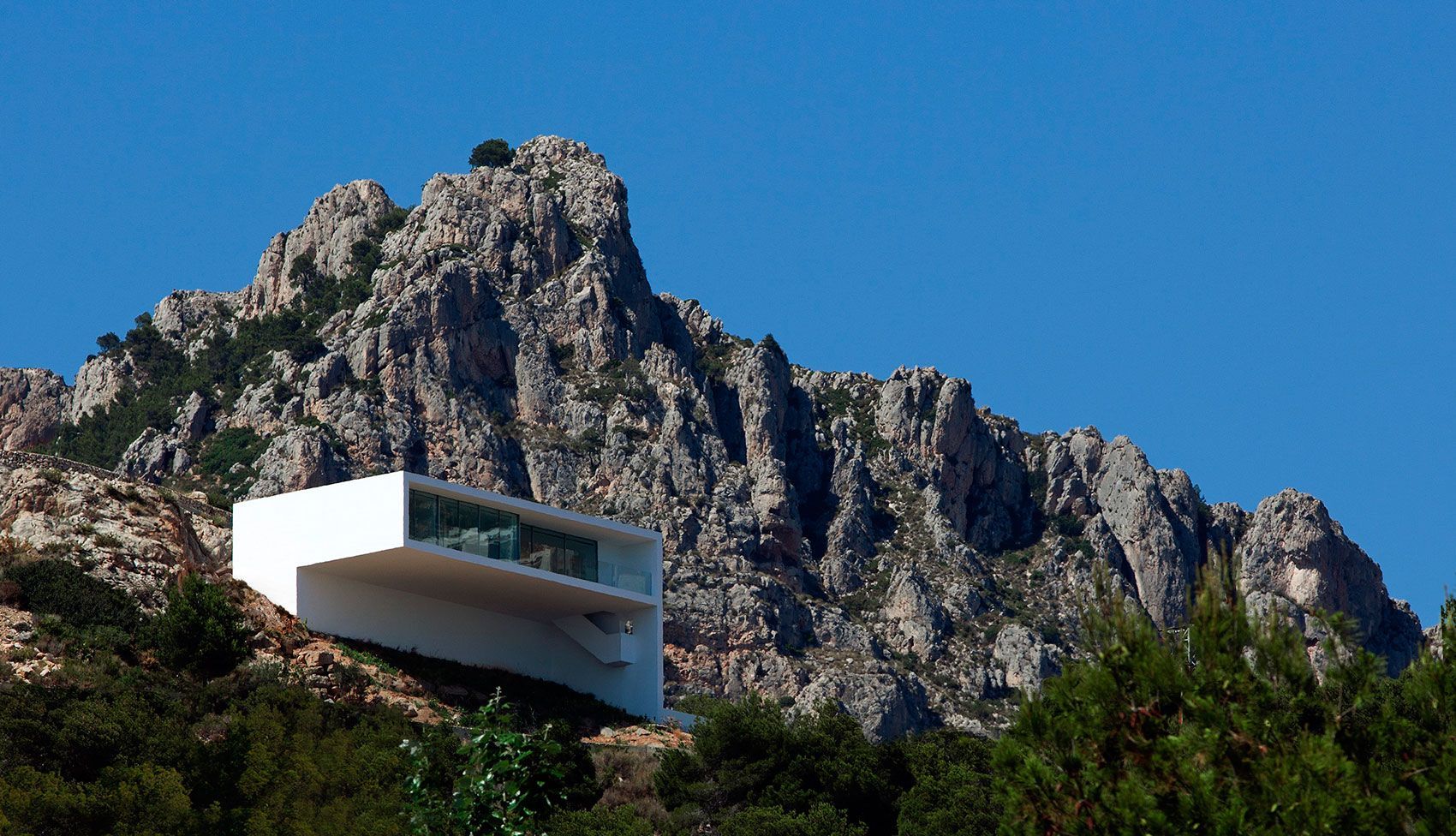 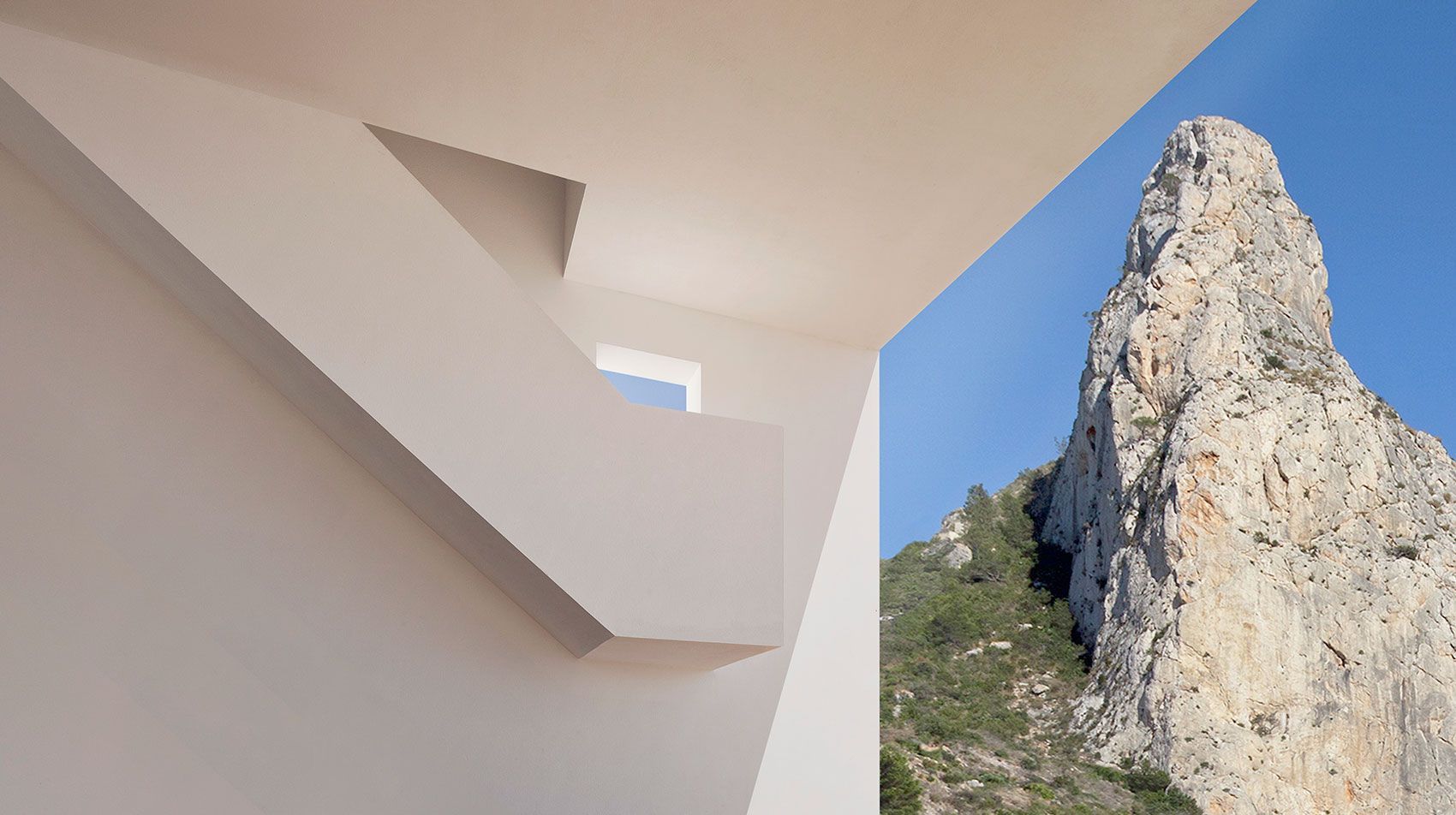 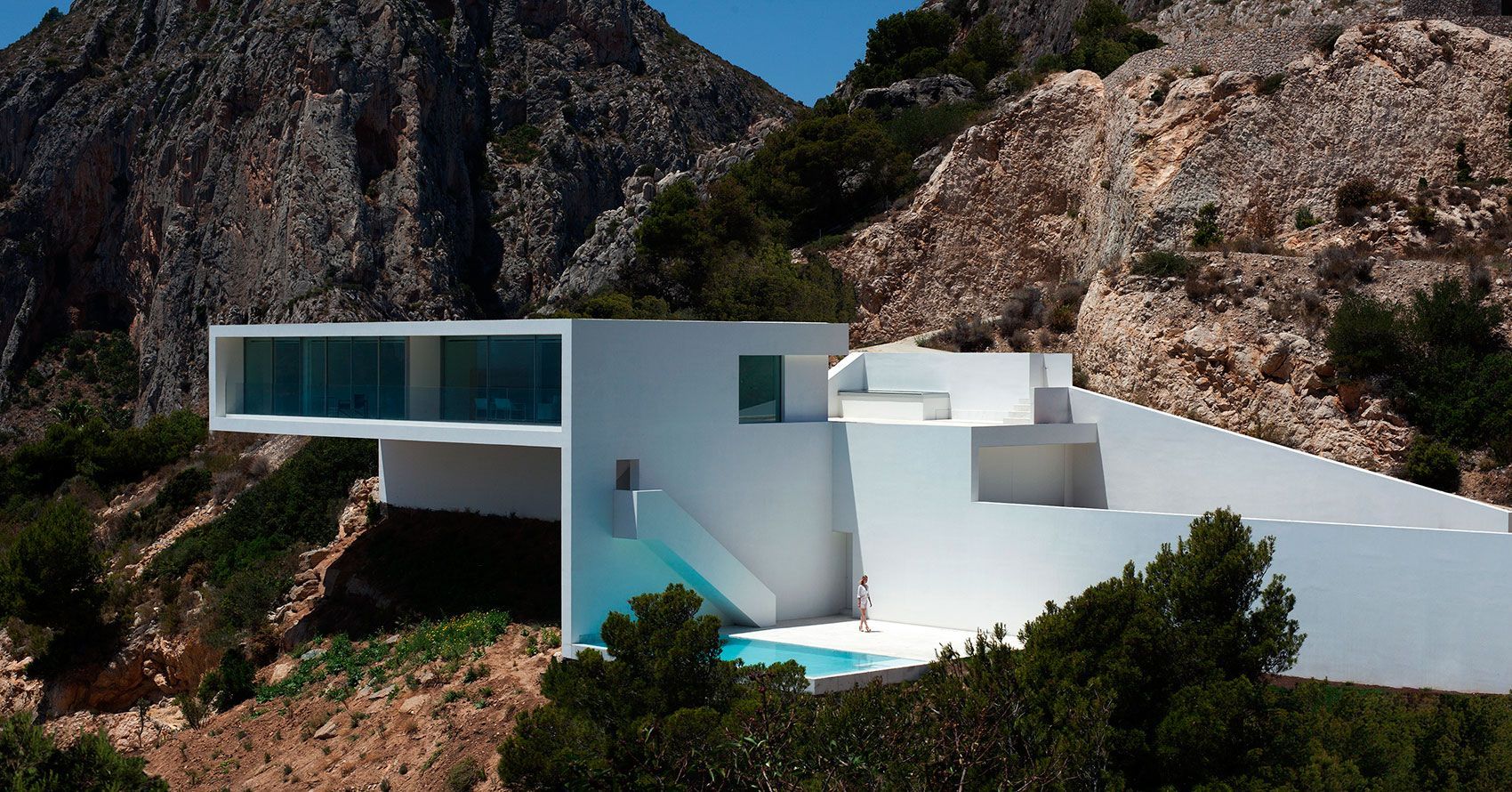 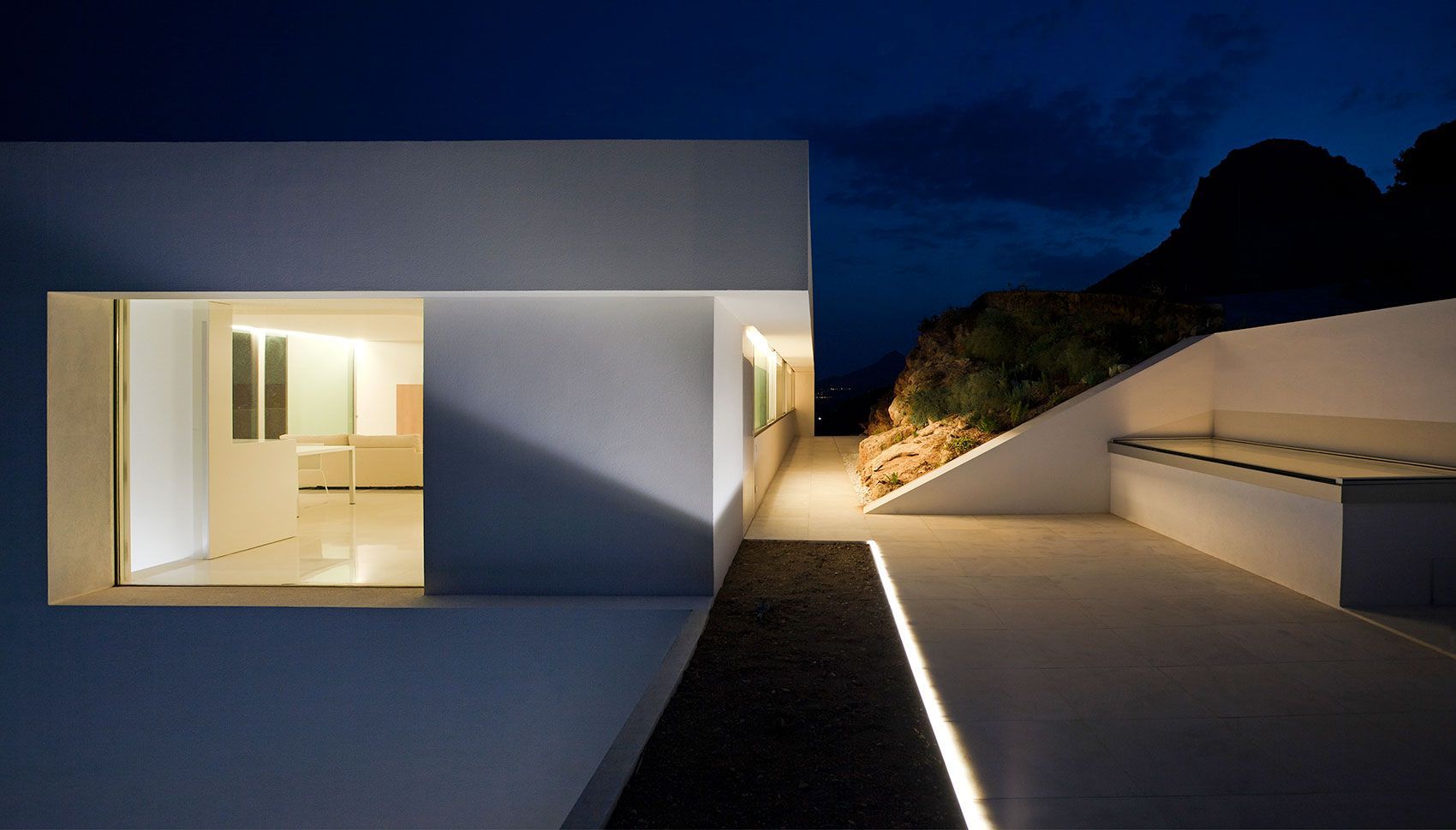 “We like the virtue of architecture that makes seemingly impossible things a reality: constructing a house on air, walking on water… An abrupt plot of land overlooking the sea, where what is best is to do nothing. It invites guests to stay. A piece that respects the land’s natural contour is set in it,” explains Fran Silvestre, Ph.D. AIA, CEO and Designer at the firm. 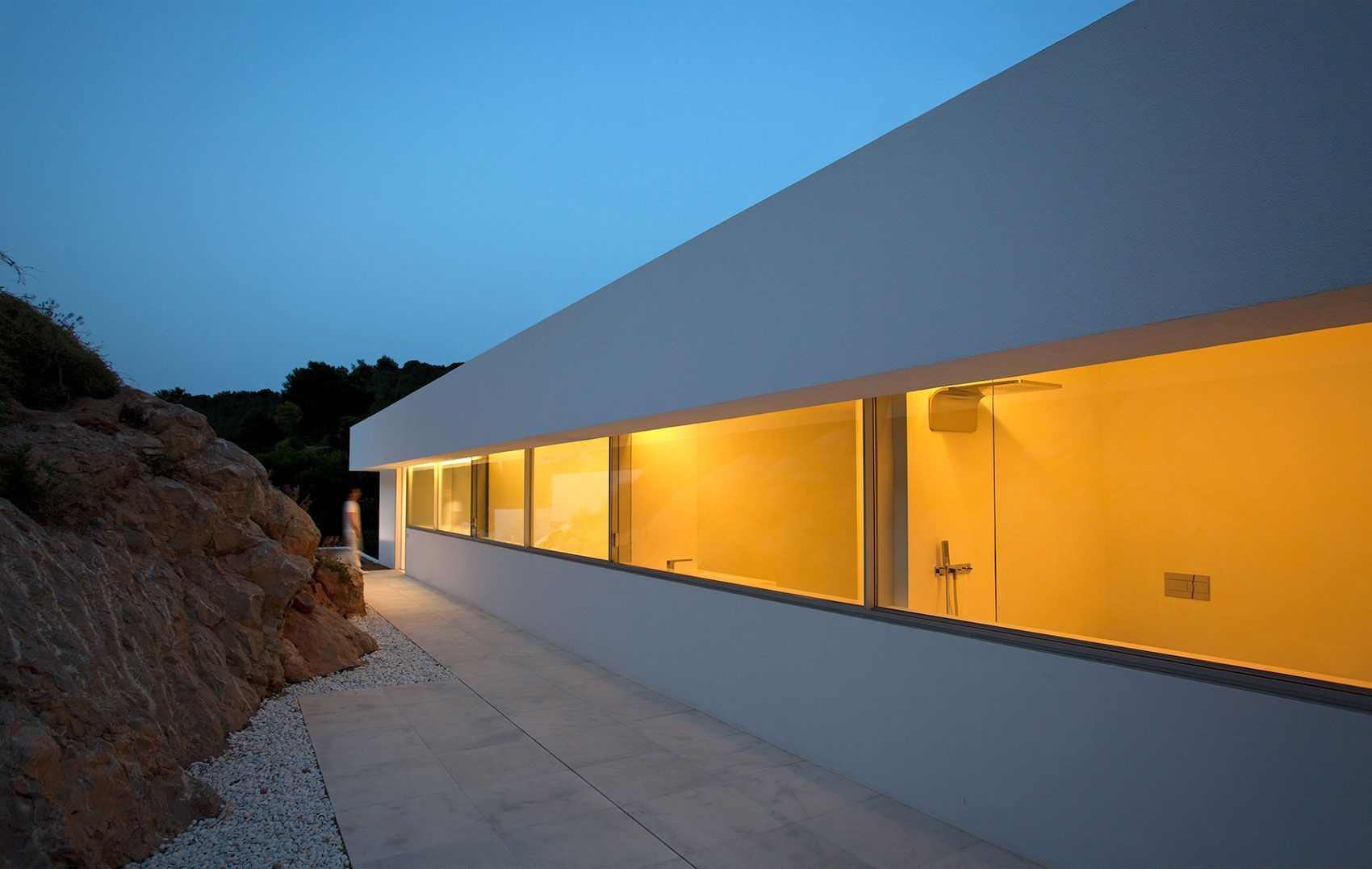 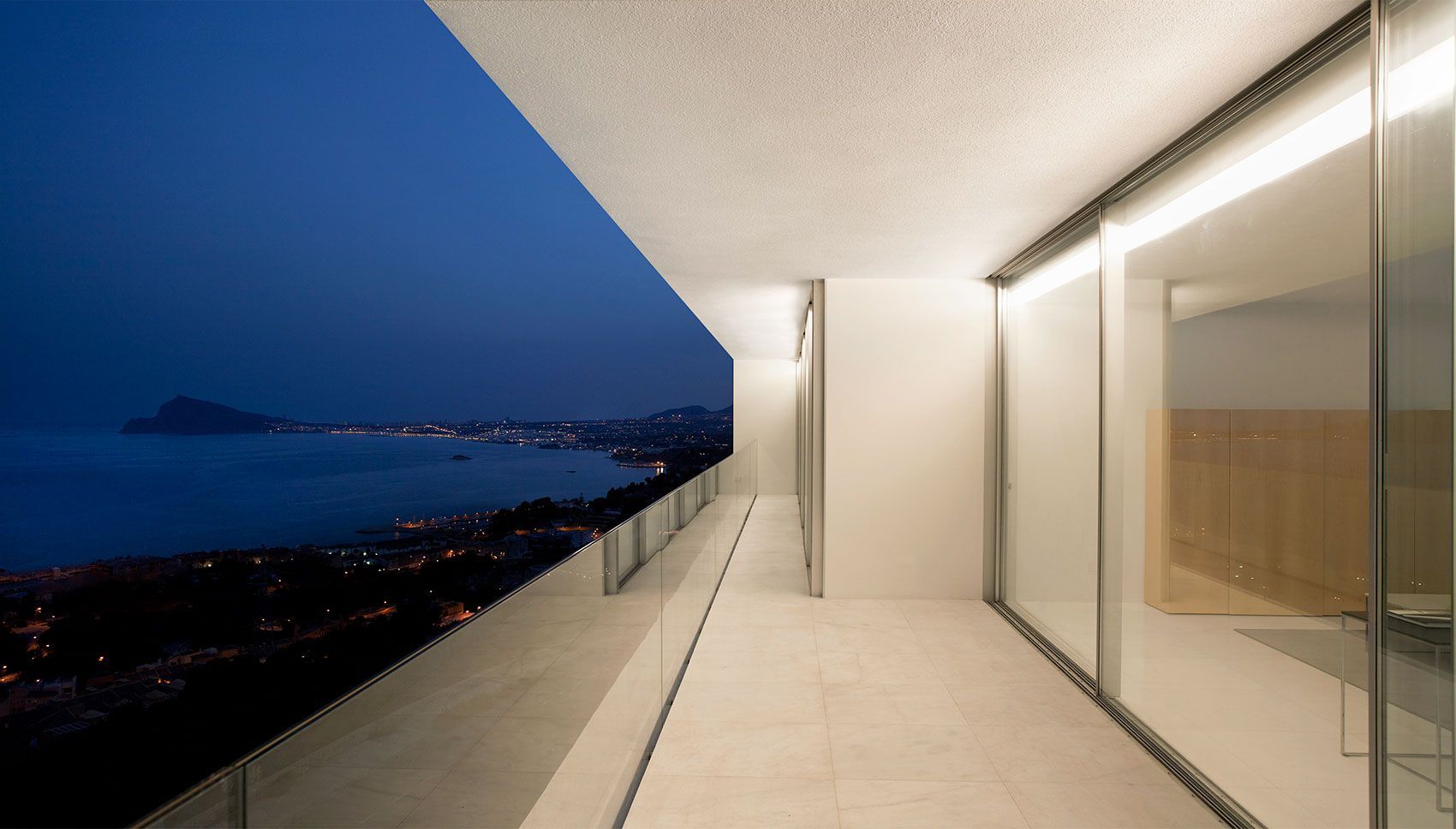 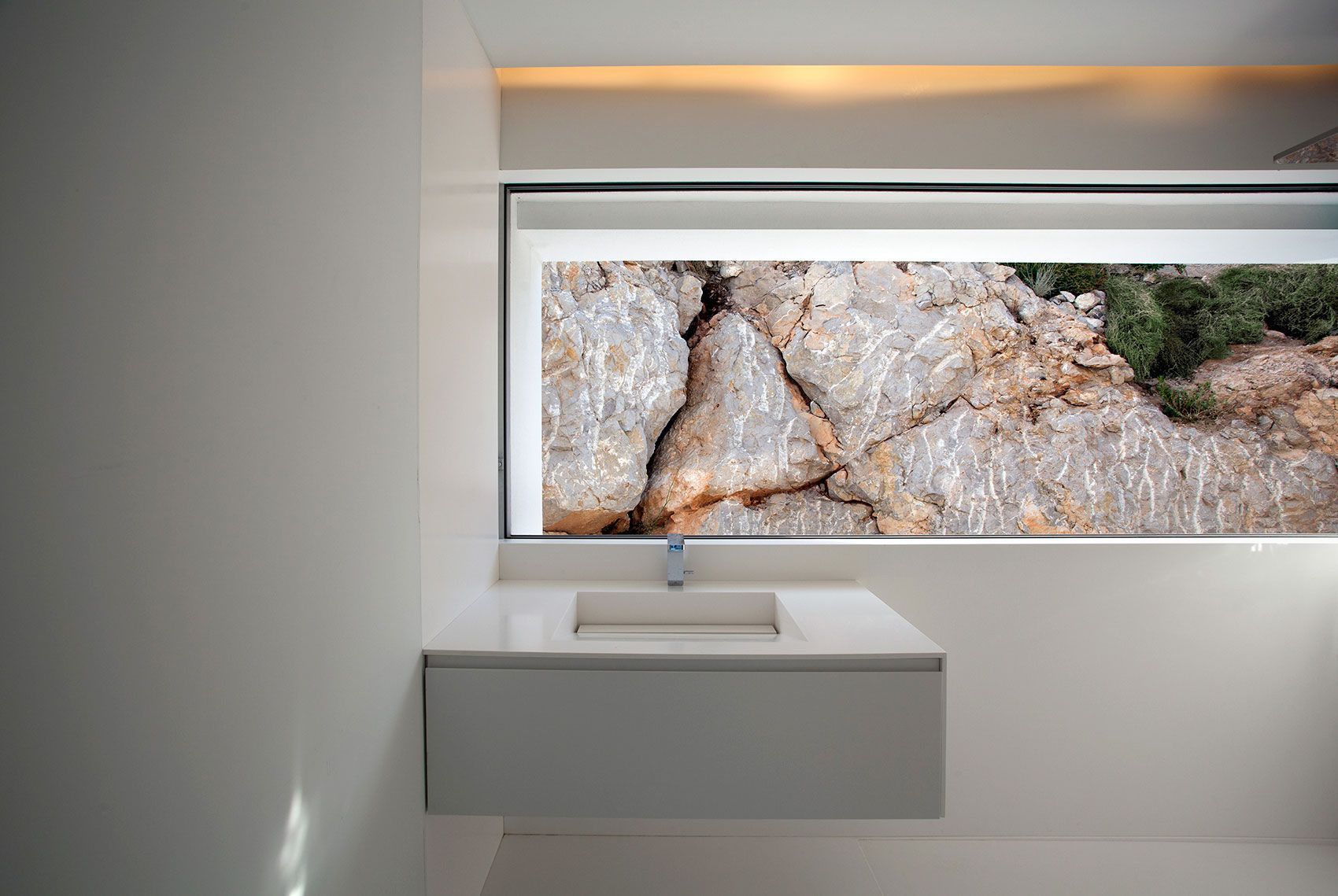 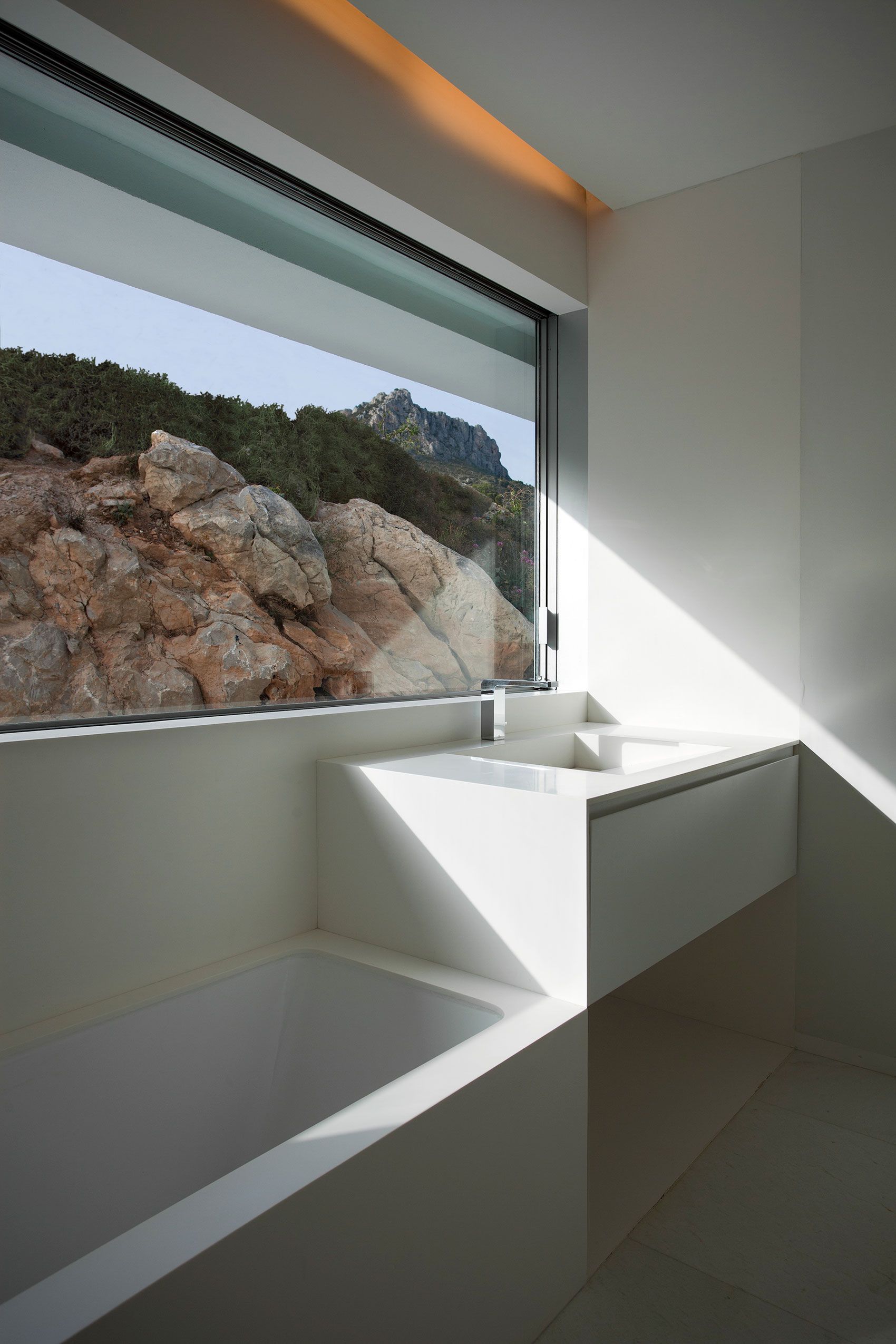 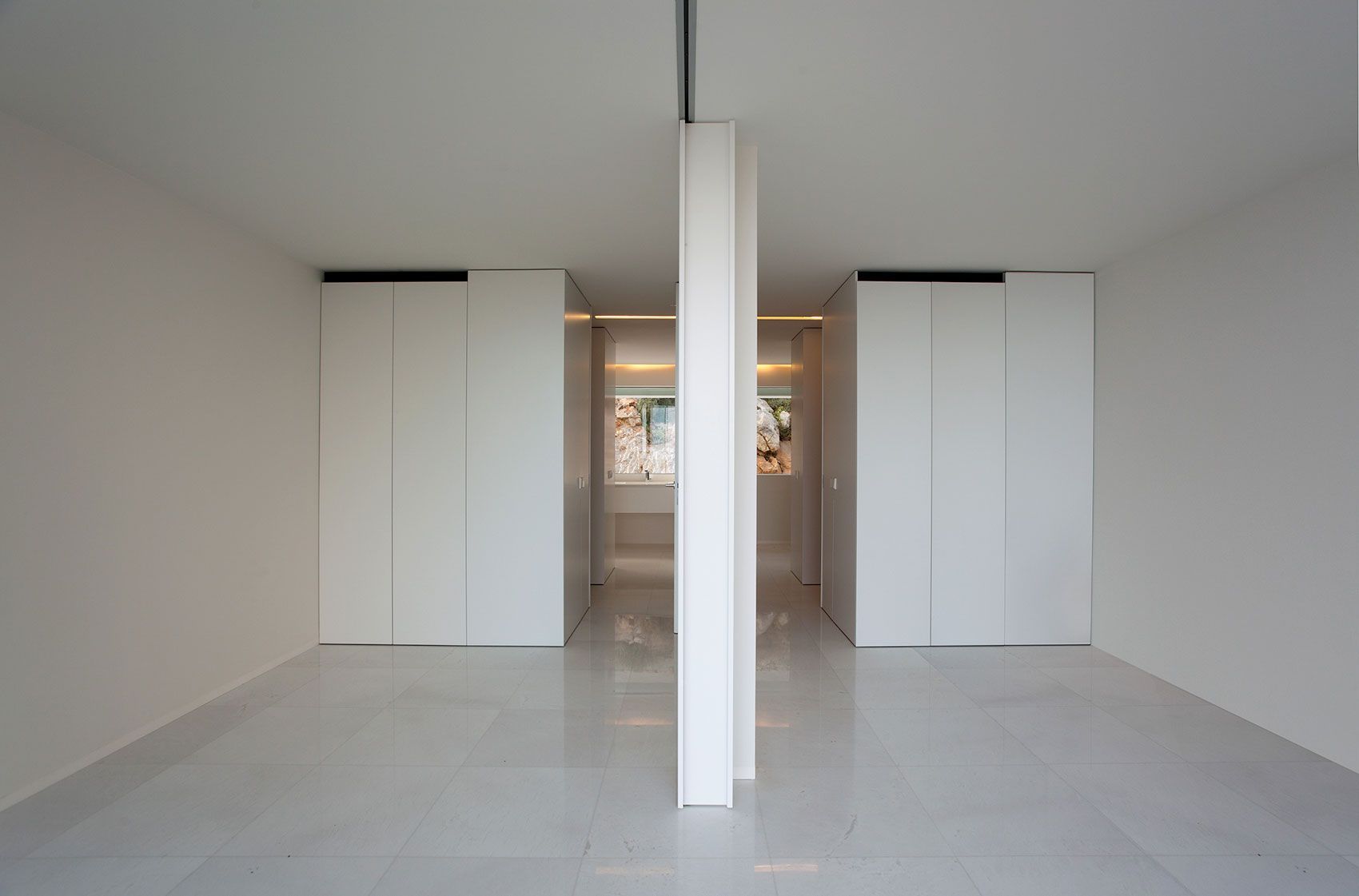 In the inflection point, the stairway proposes an evocative path, a garden in the basement. Due to the steepness of the plot and the desire to contain the house in just one level, a three-dimensional structure of reinforced concrete slabs and screens adapting to the plot’s topography was chosen, thus minimizing the earthwork. This monolithic, stone-anchored structure generates a horizontal platform from the accessing level, where the house itself is located. 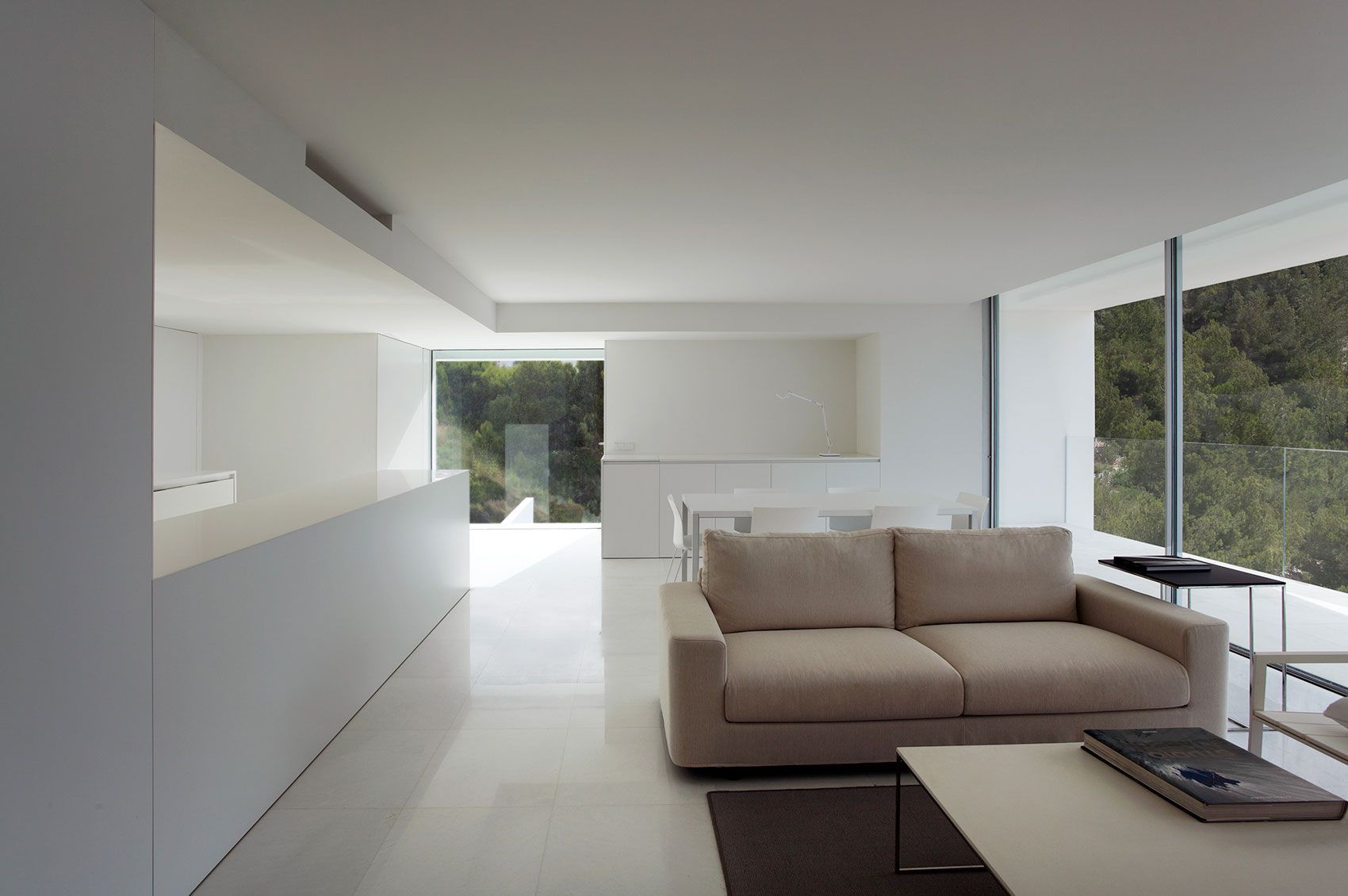 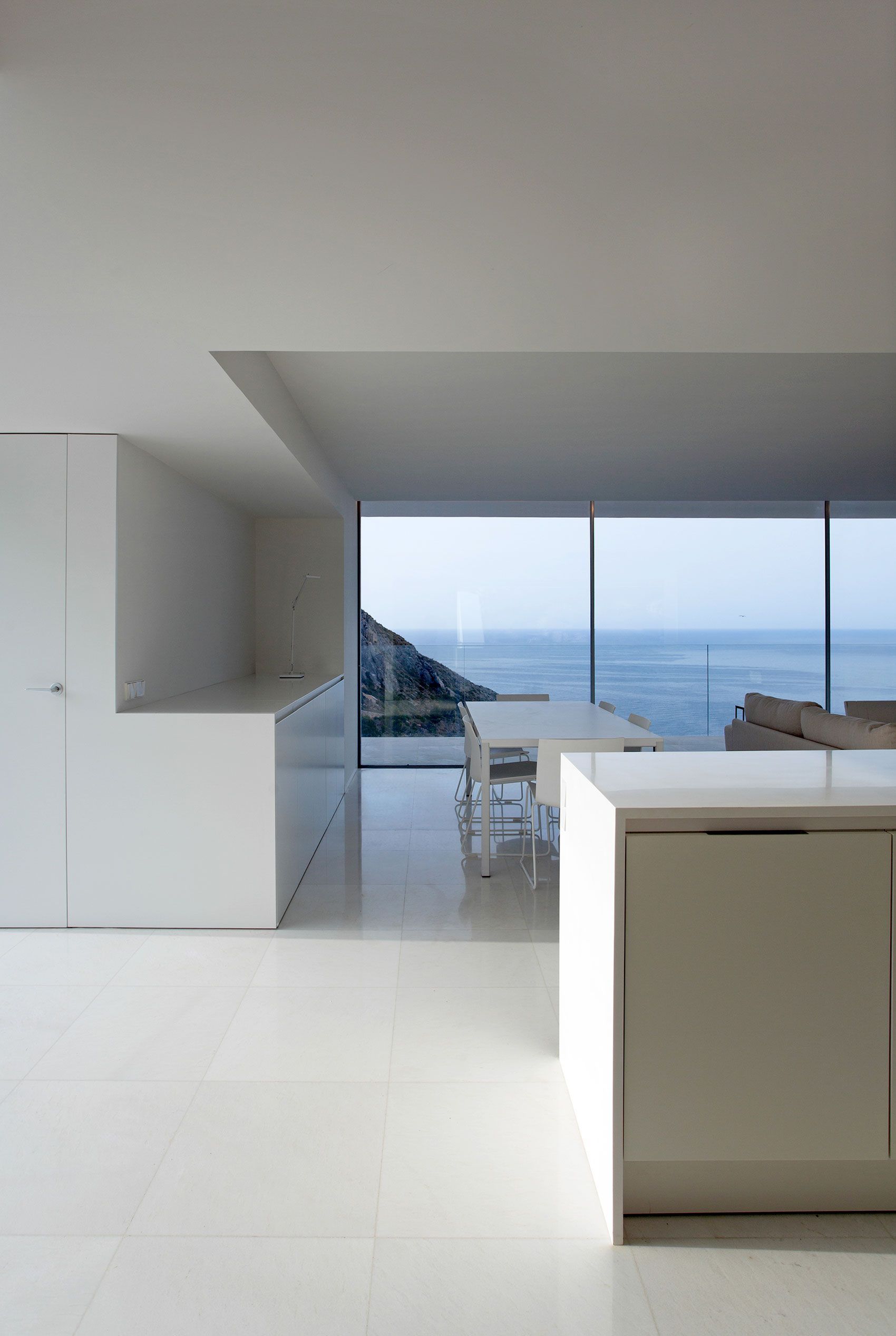 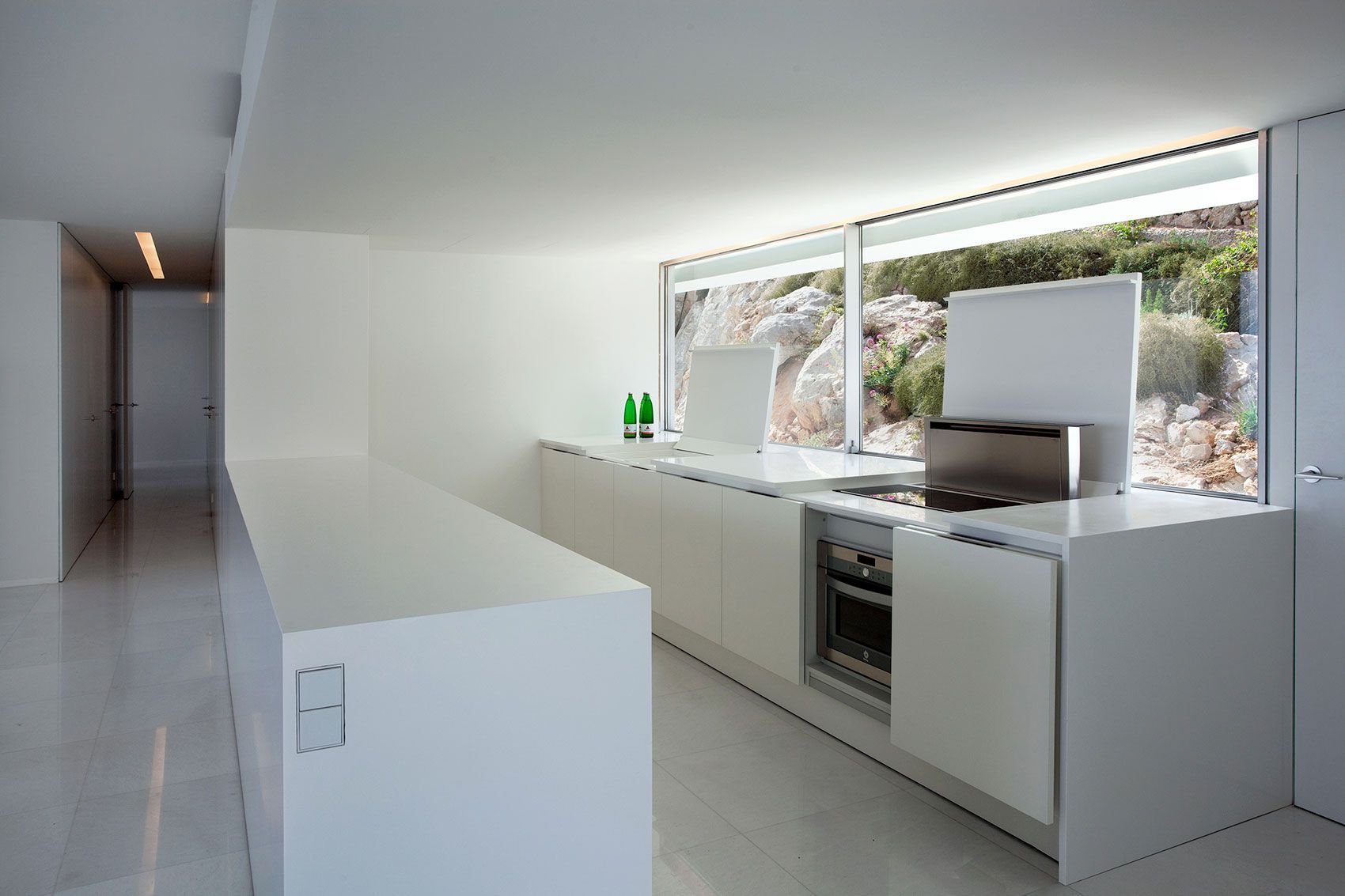 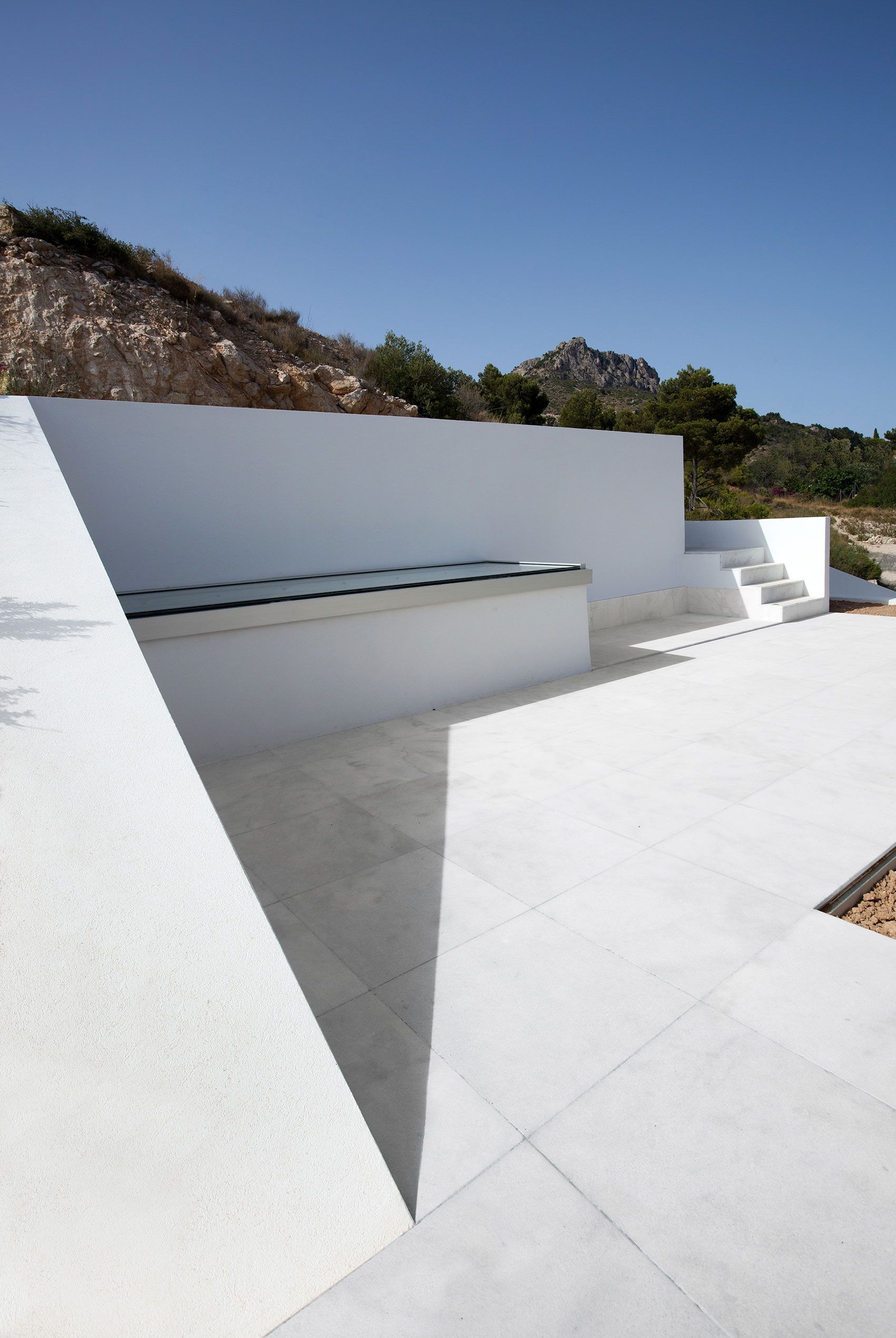 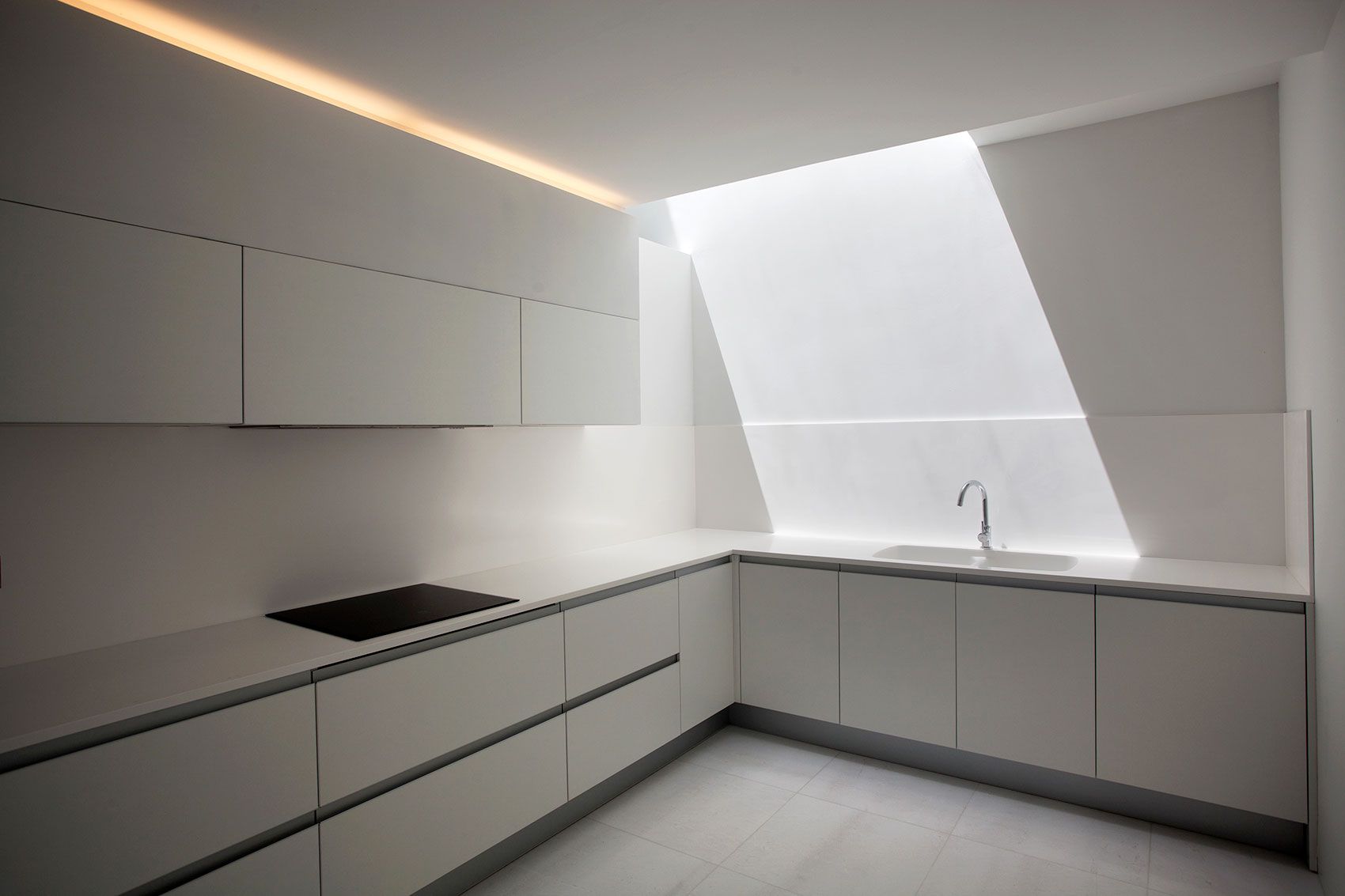 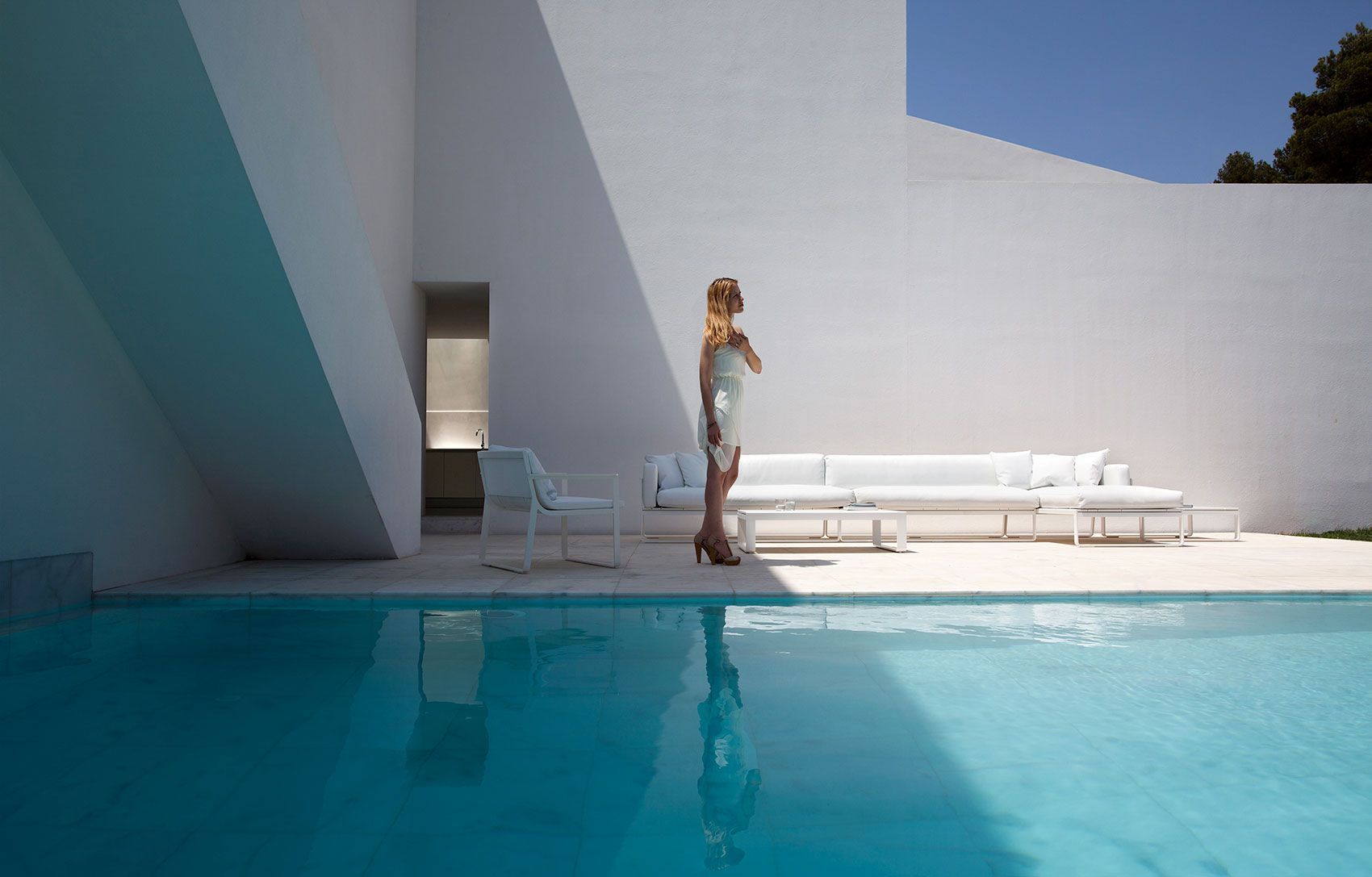 The swimming-pool is placed on a lower level, on an already flat area of the site. The concrete structure is insulated from the outside and then covered by a flexible and smooth white lime stucco. The rest of the materials, walls, pavements, the gravel on the roof… all maintain the same color, respecting the traditional architecture of the area, emphasizing it, and simultaneously underlining the unity of the house. 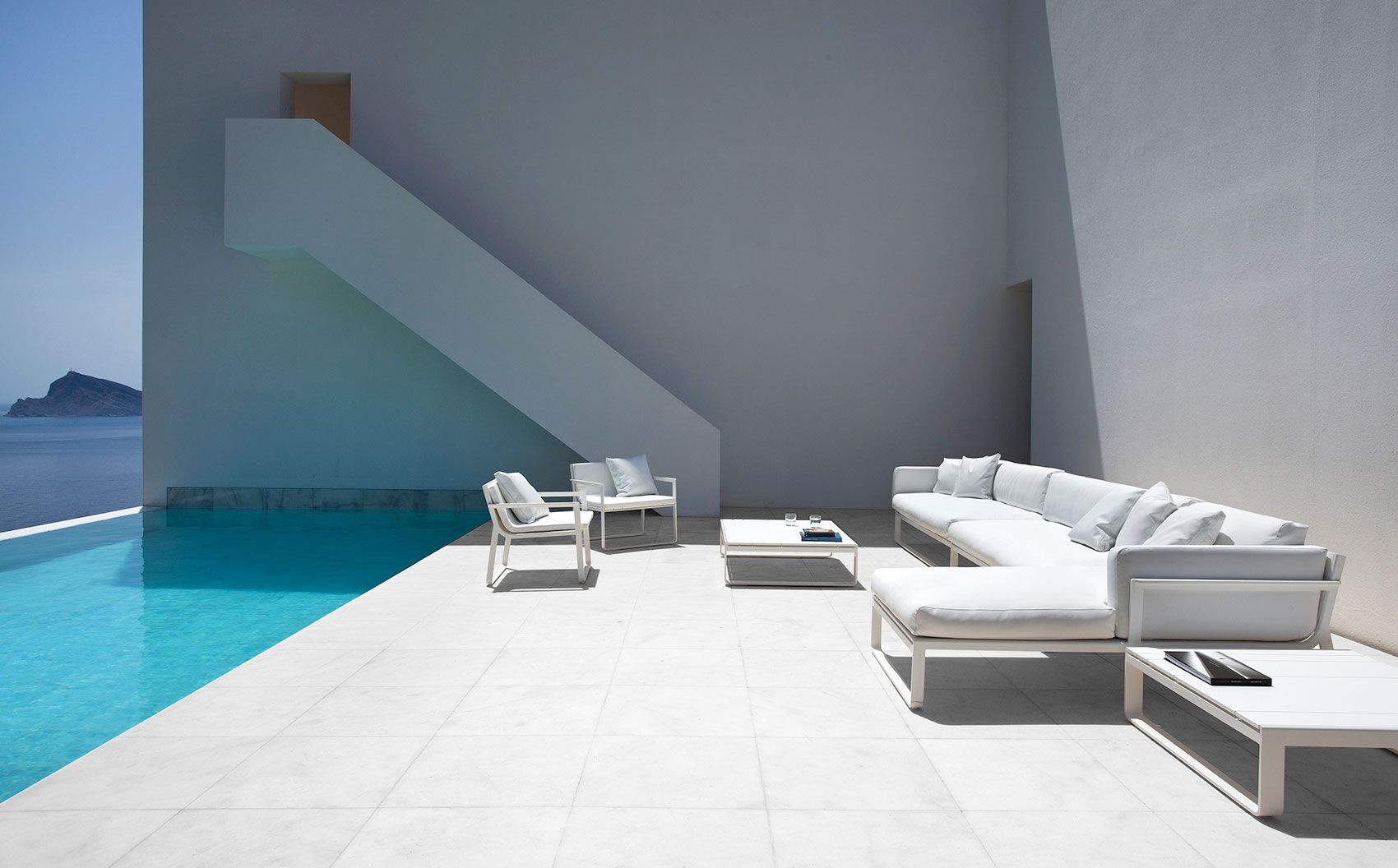 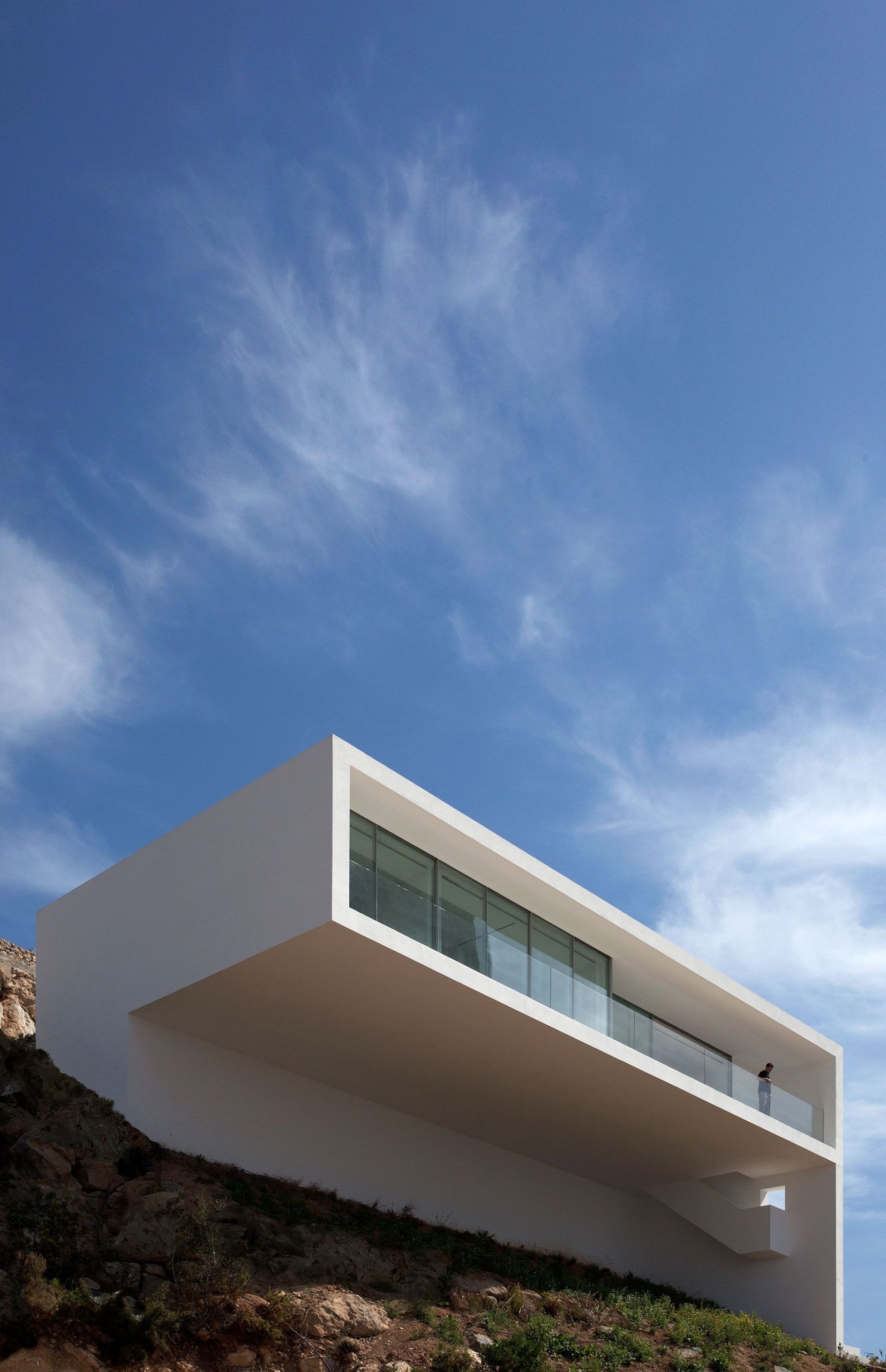 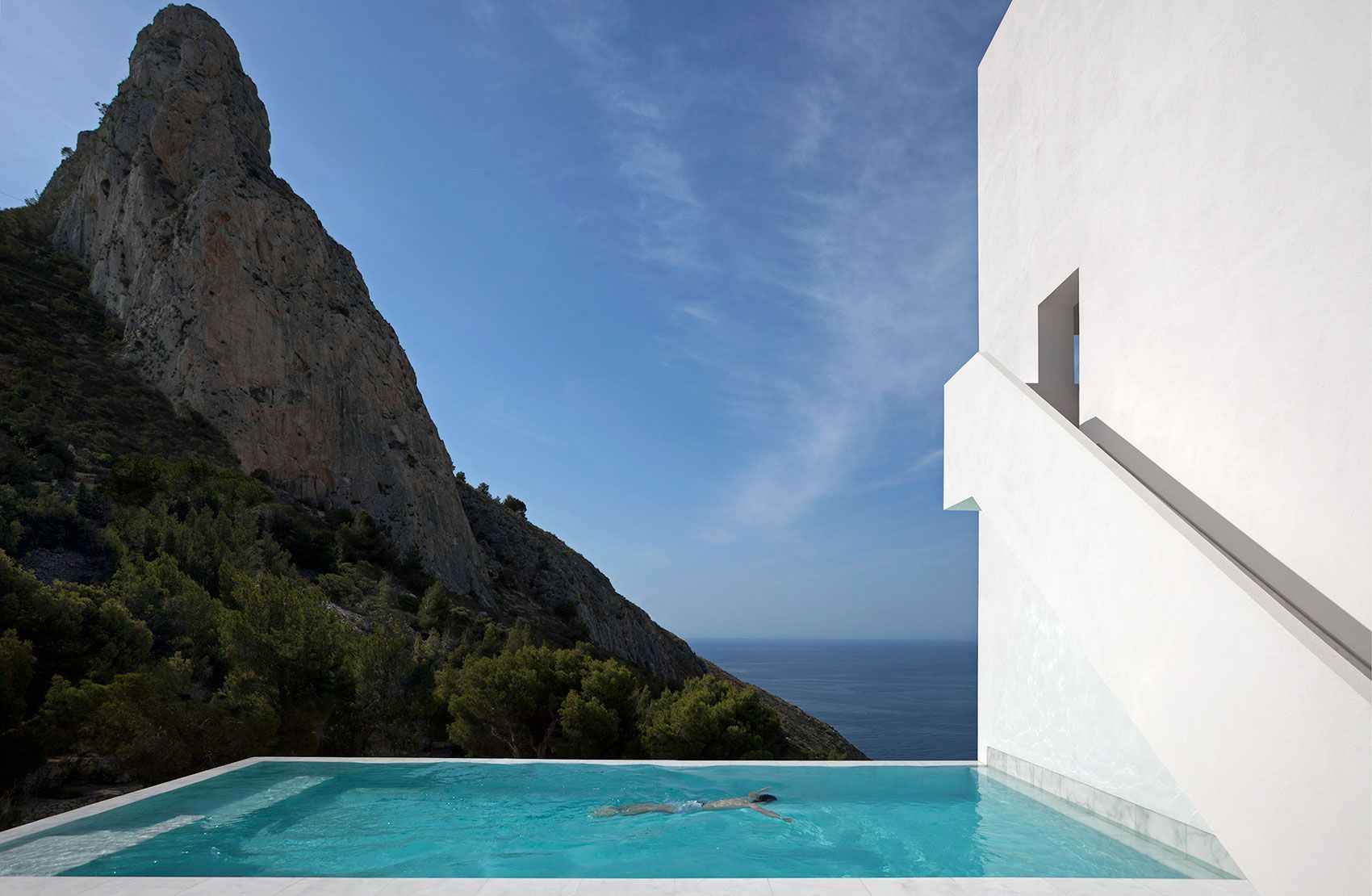 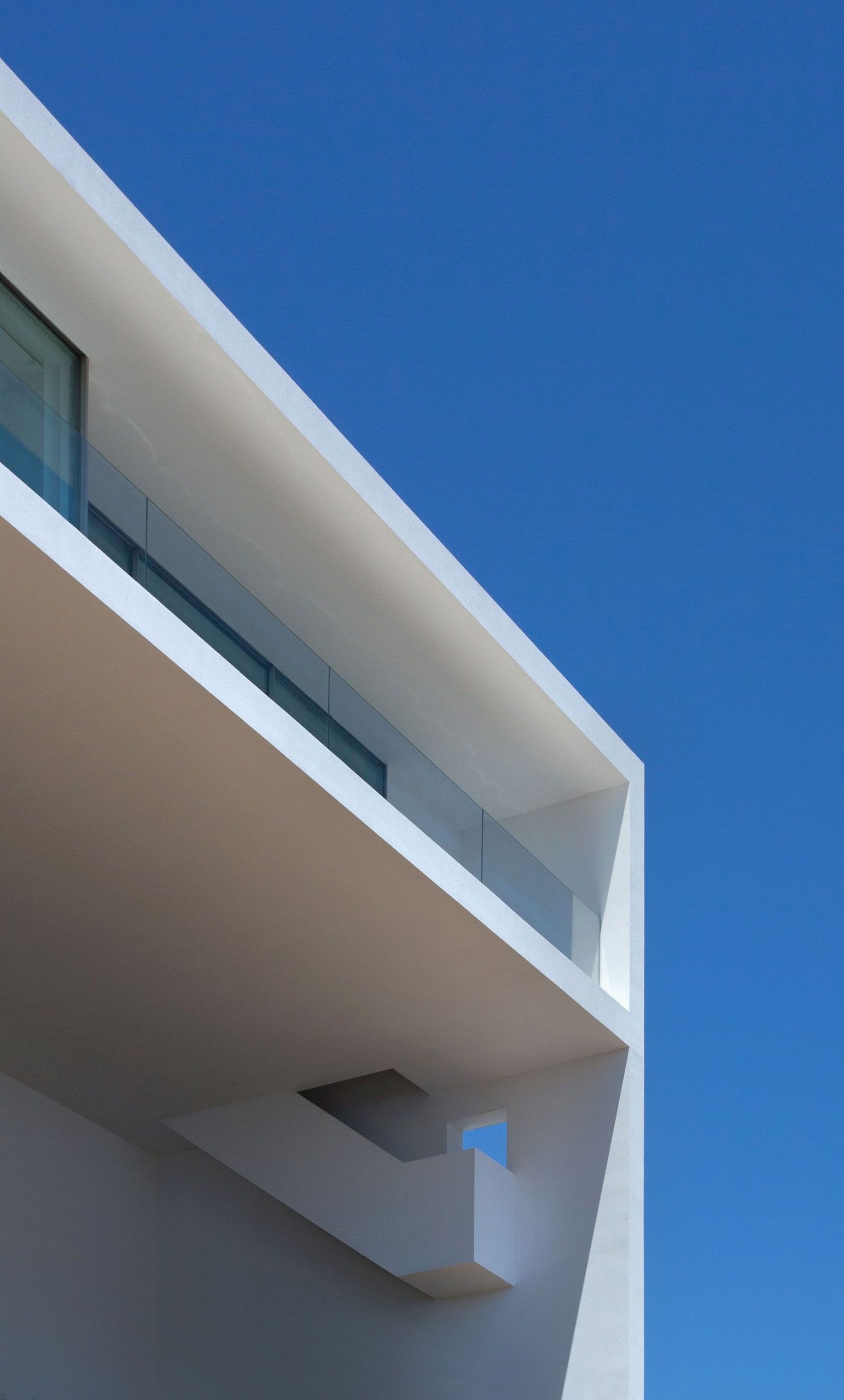 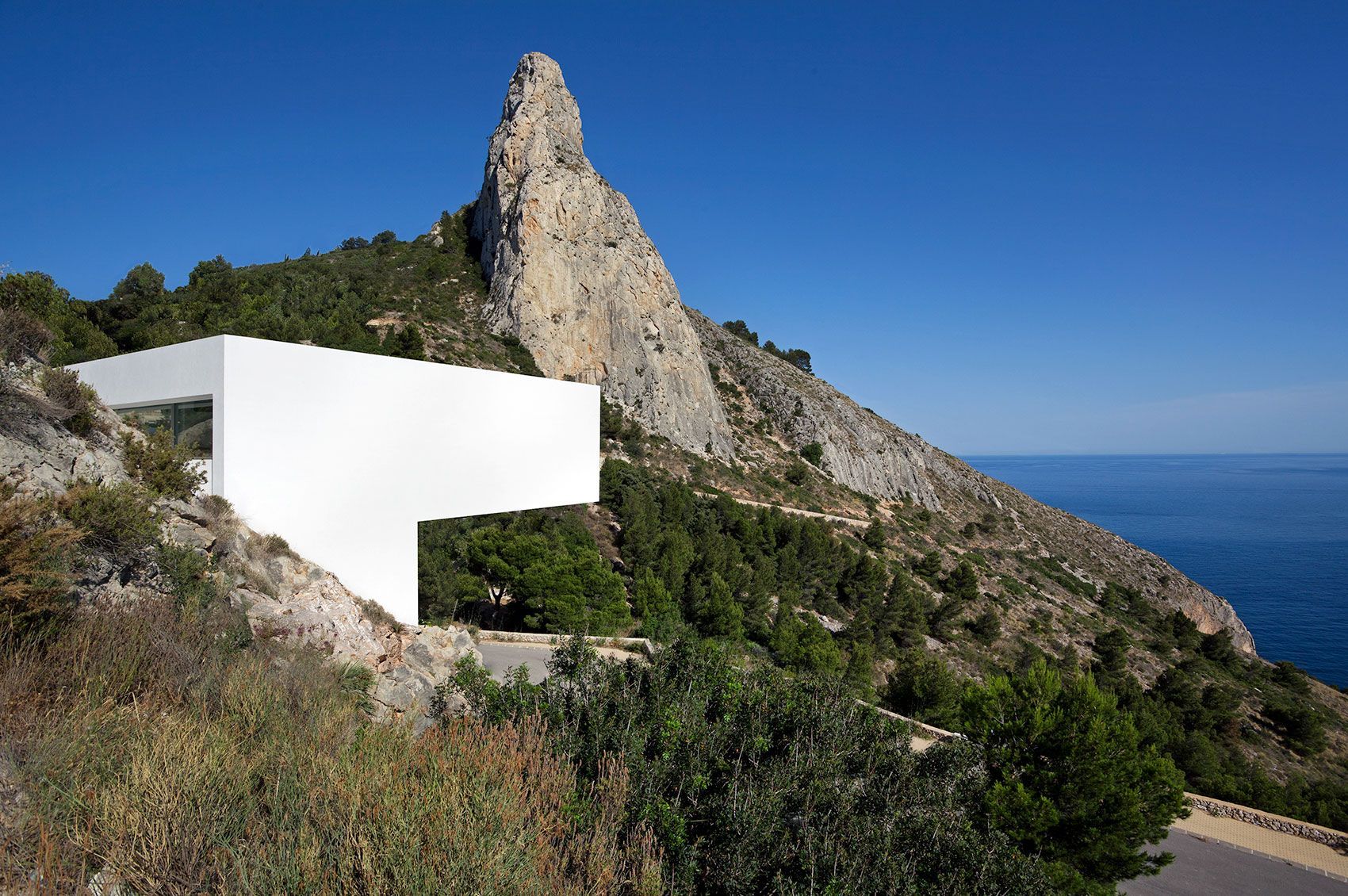 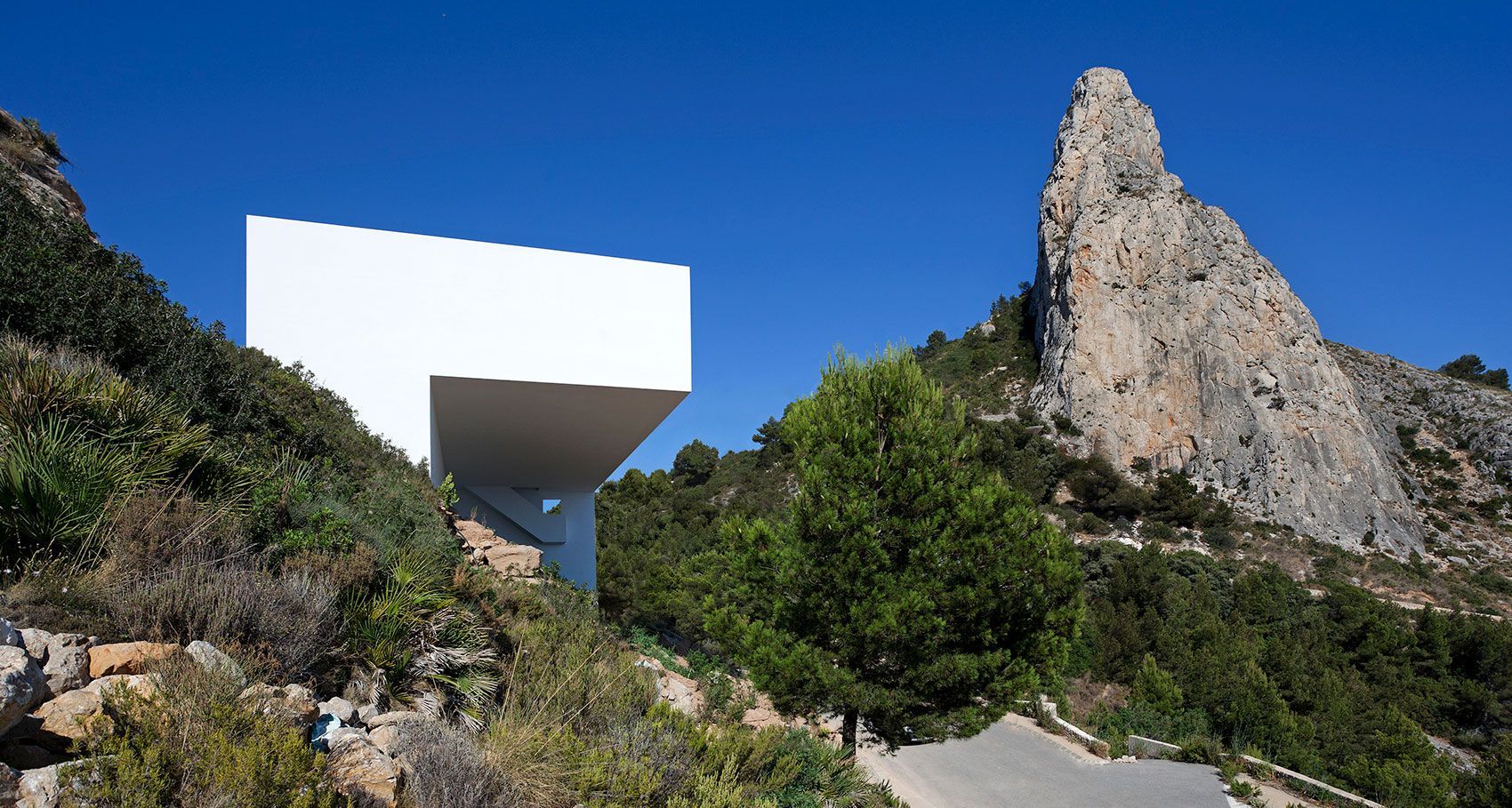 At IDF we are big fans of Fran Silvestre Arquitectos. In his method, Silvestre and his talented team push against the limits of normal structural practice in an effort to achieve seemingly impossible spans of unsupported and uninterrupted spatial enclosure. The result is a collection of otherworldly spaces with cooler-than-life amenities to transform the experience of its occupants. 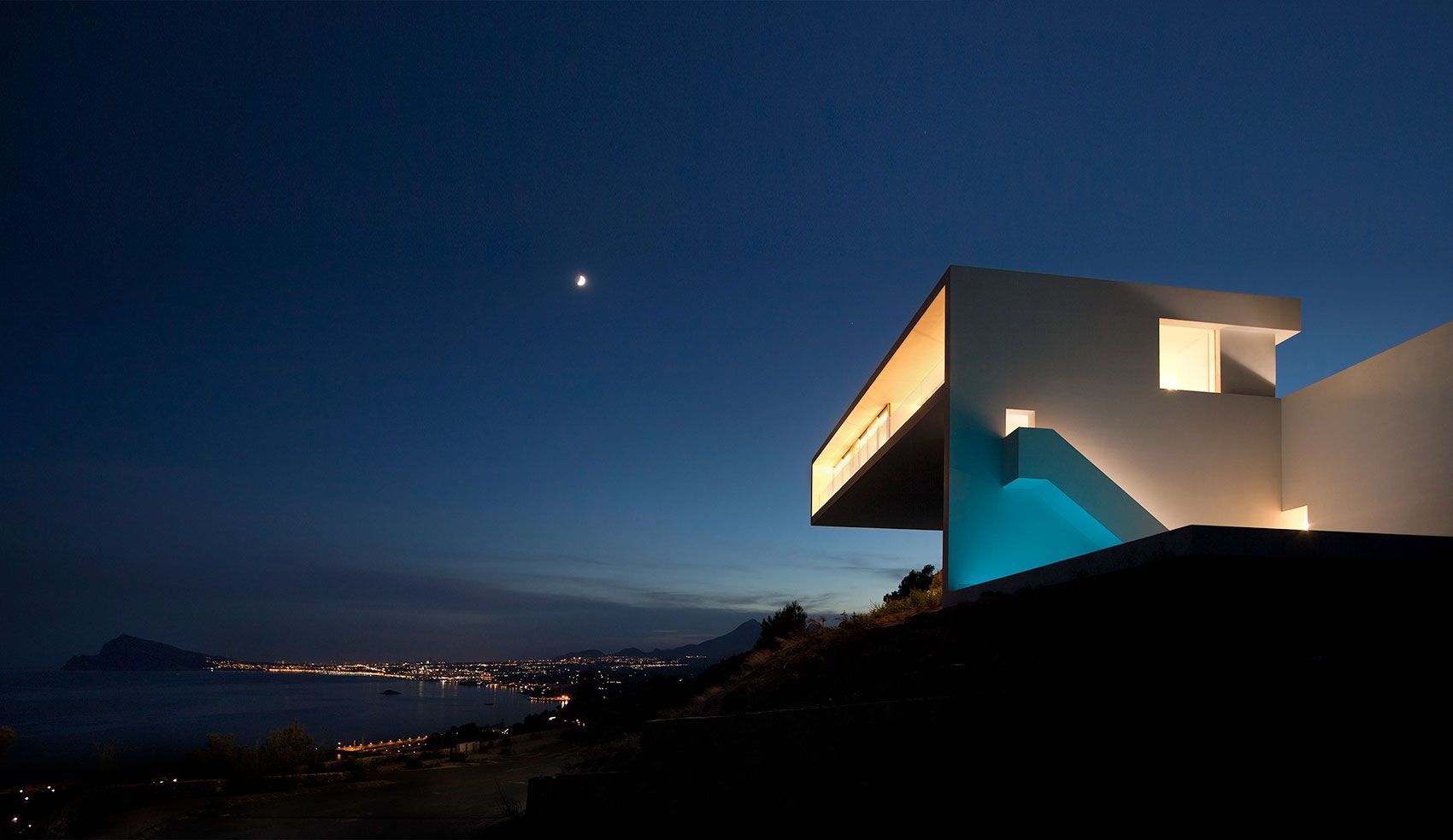 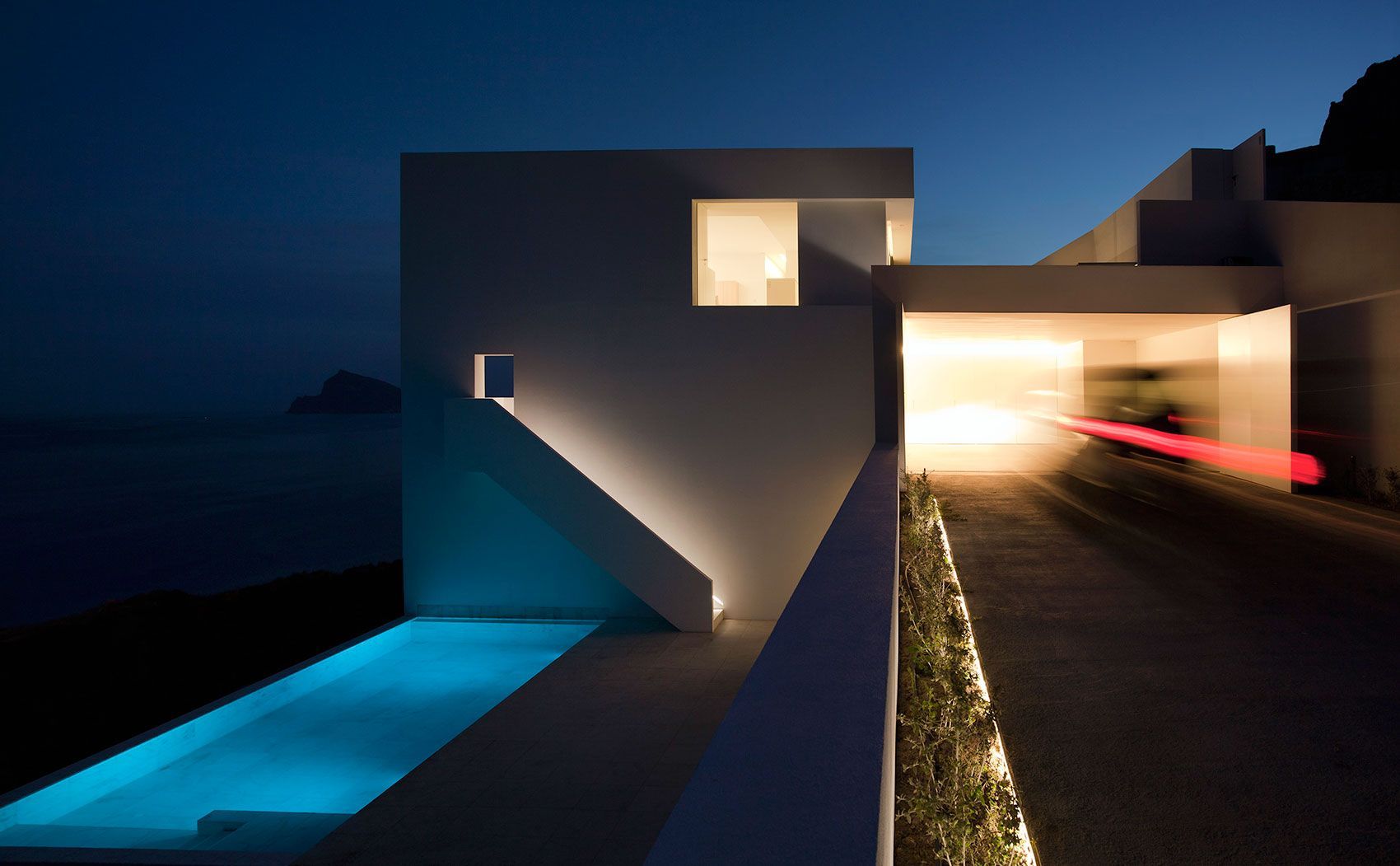 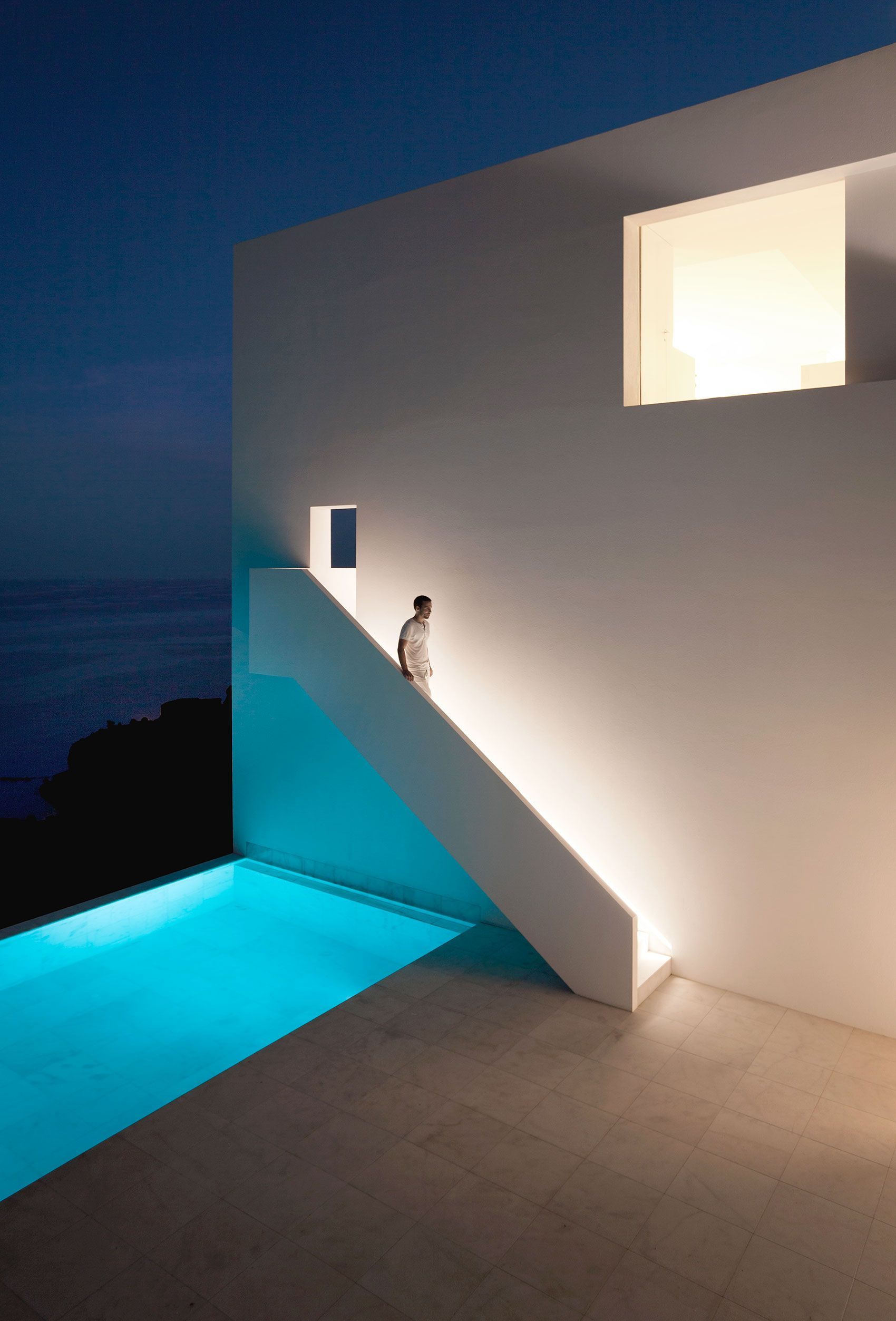 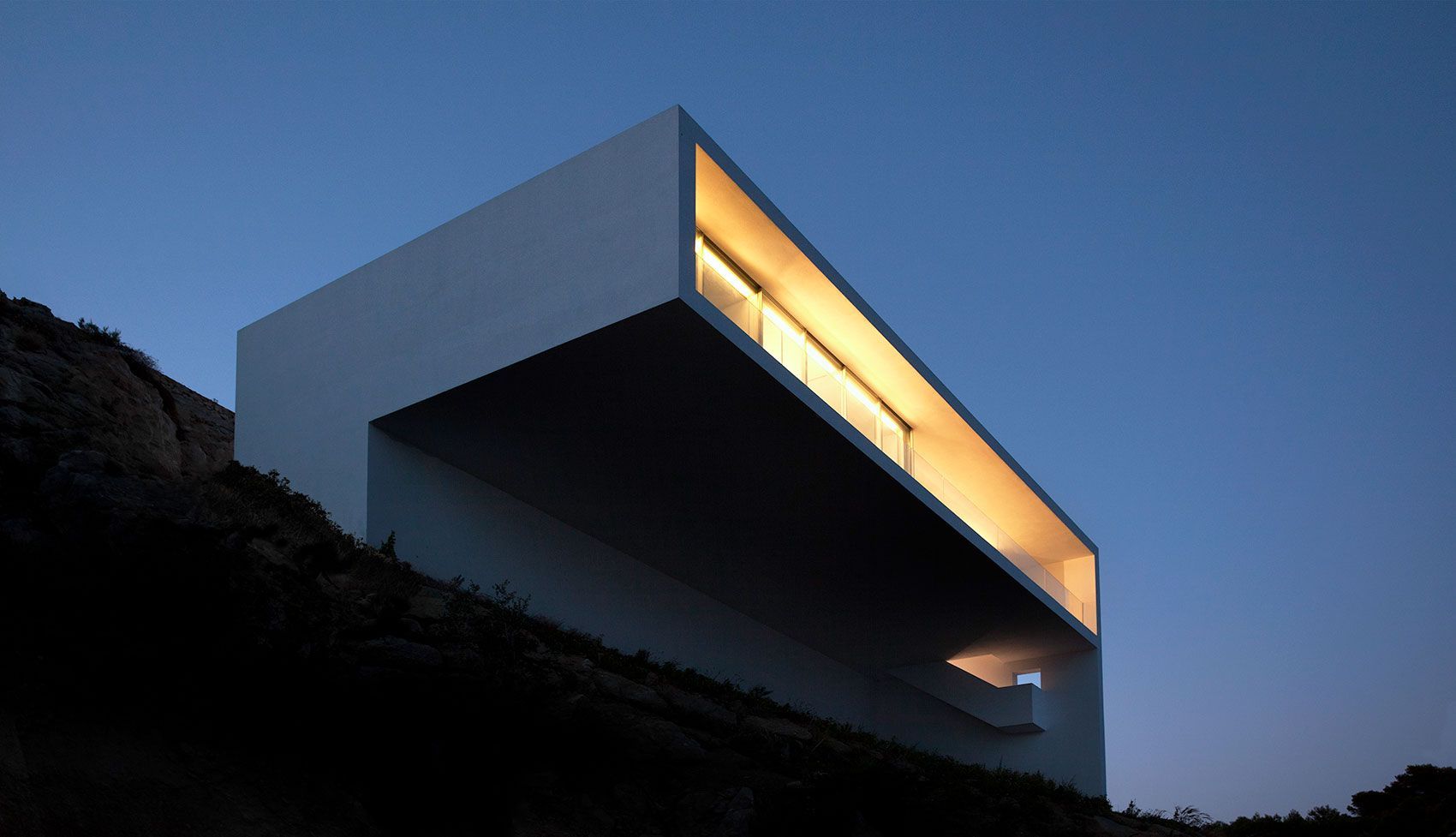 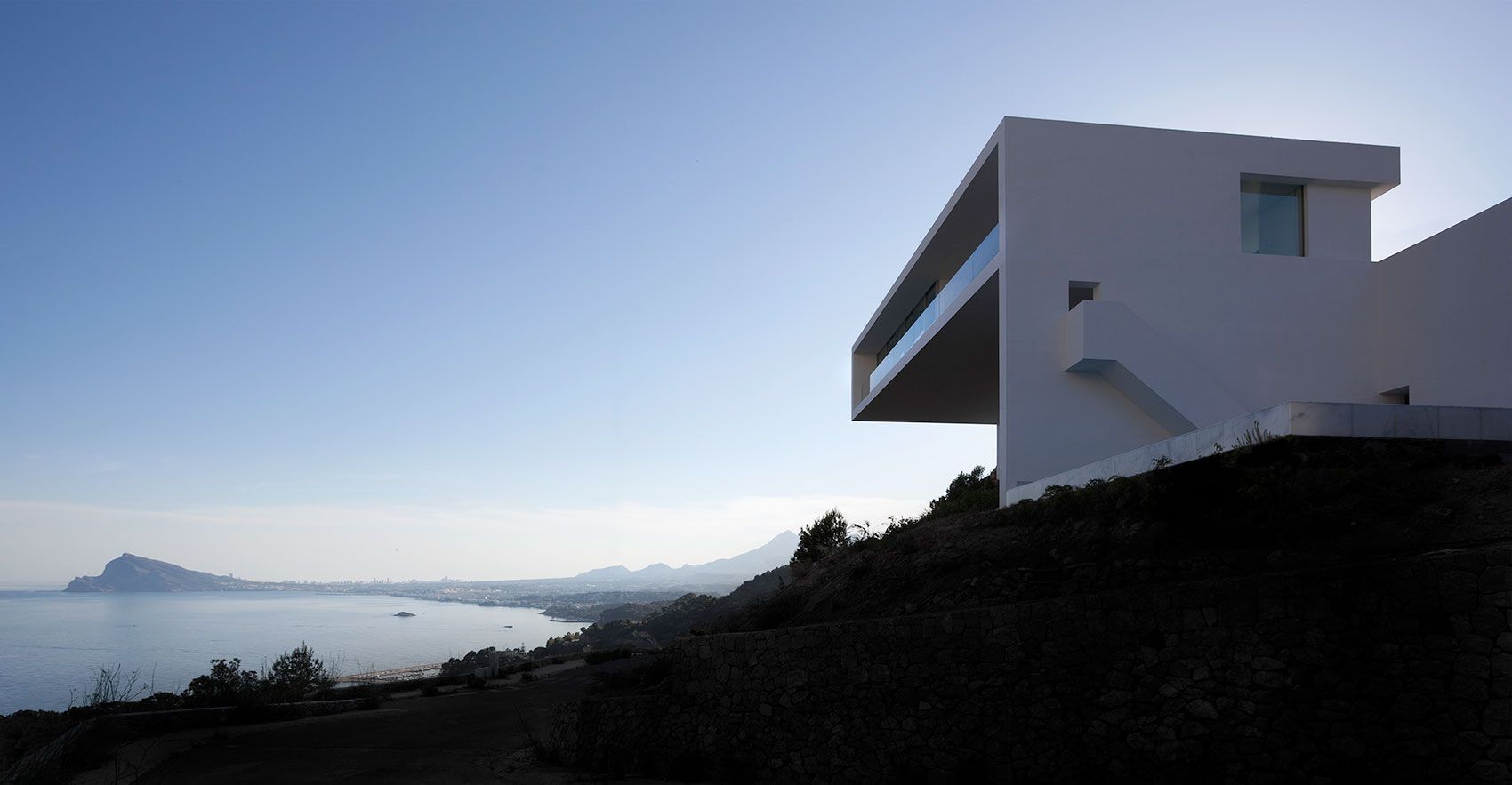 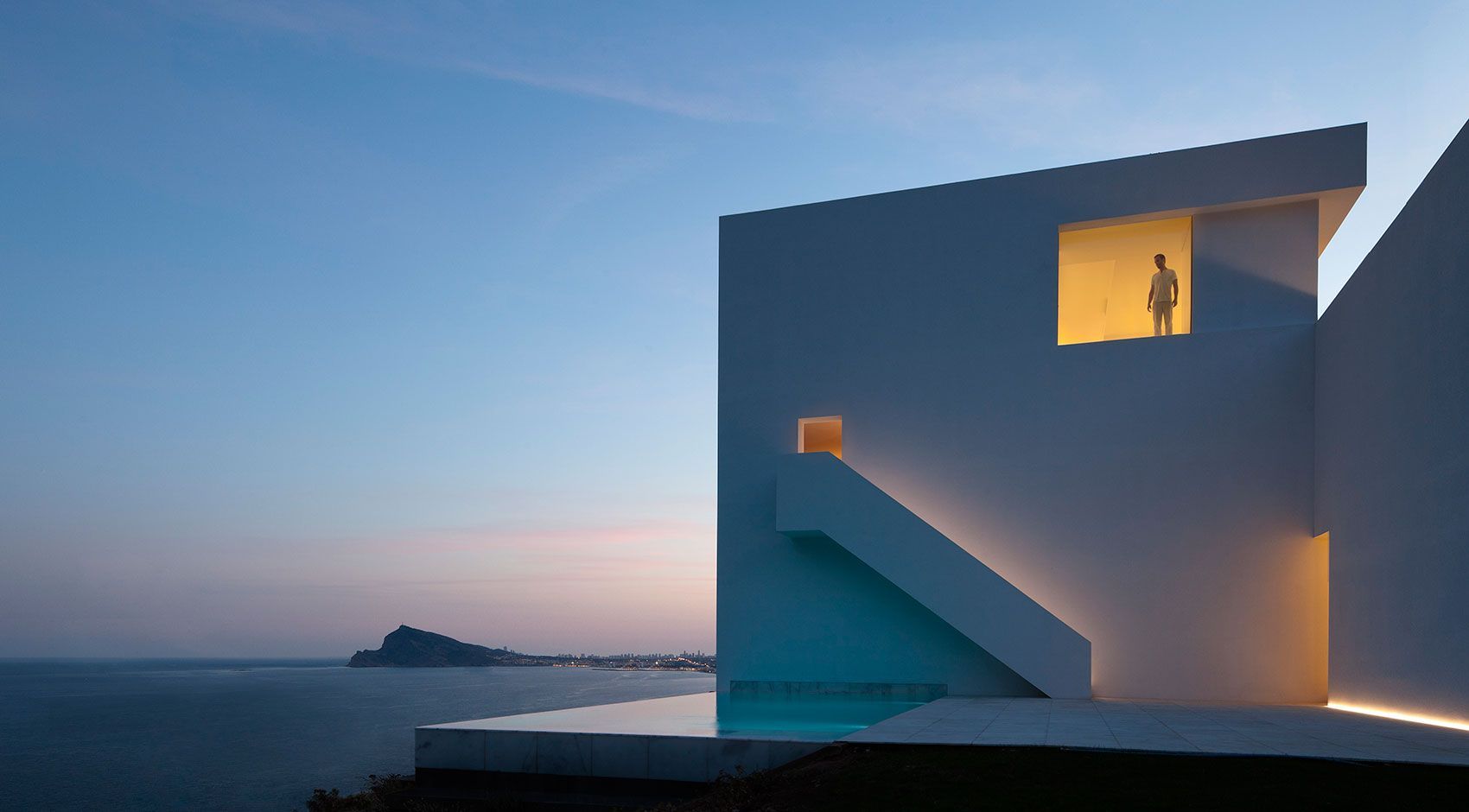 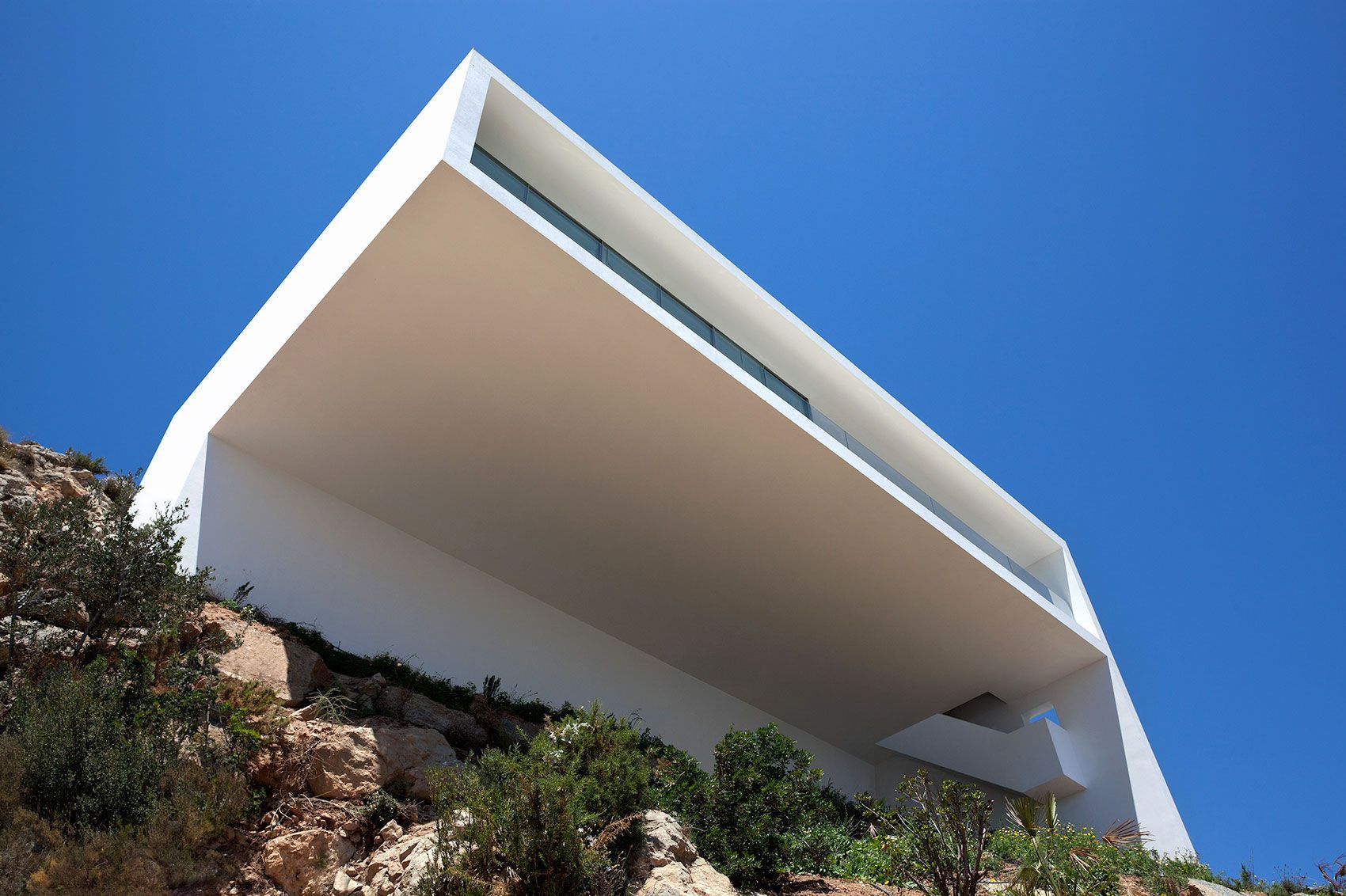 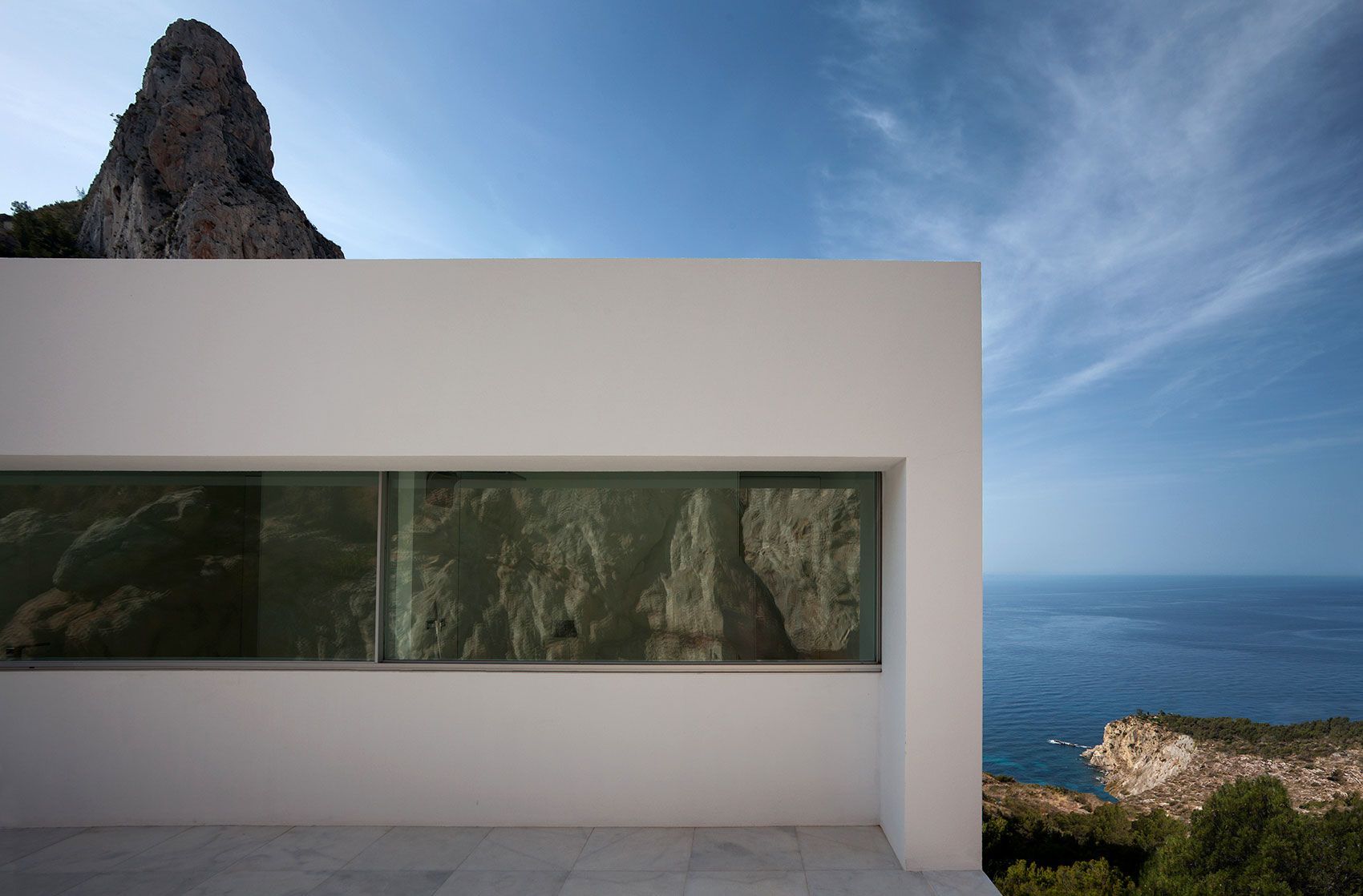